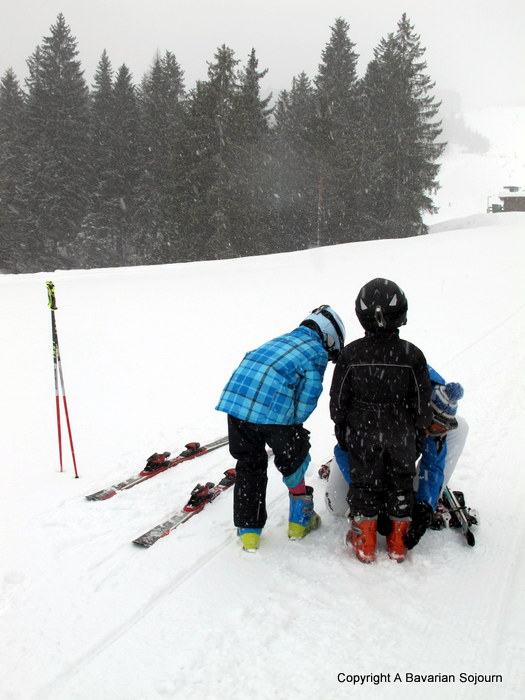 My other half definitely married the wrong person when it comes to Skiing – he is extremely good at it, and I am extremely bad.  And it’s not like I haven’t tried either, I have been on several skiing trips in the past, and had the works when it comes to group and private lessons… But all to no avail – skiing and I just don’t get on.  In fact, that’s a complete understatement.   We hate each other. 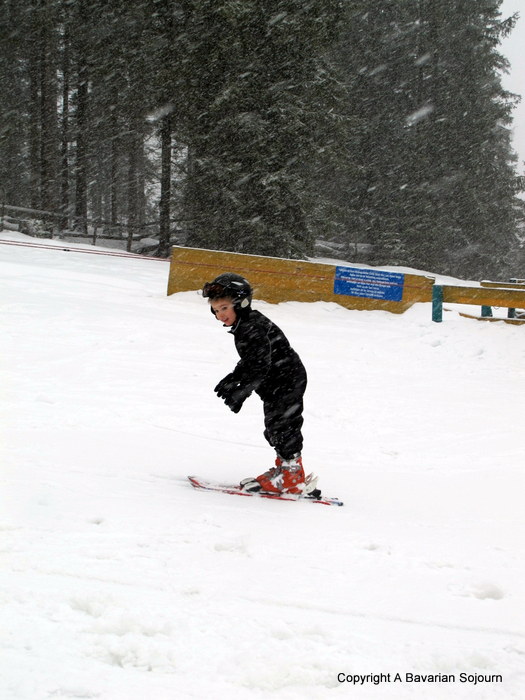 My husband on the other hand thinks skiing is heaven on earth, and could quite easily spend every spare minute he has chucking himself down some death-defying slope.    Luckily for him, I don’t mind spending time on, in and around mountains (which is probably just as well), and I am quite happy to find other activities to occupy myself while he indulges – like gluhwein sampling for example, or snow shoe walking, taking photographs and/or general people watching (there seems to be some strange kind of seventies snow suit revival going on by the way)… 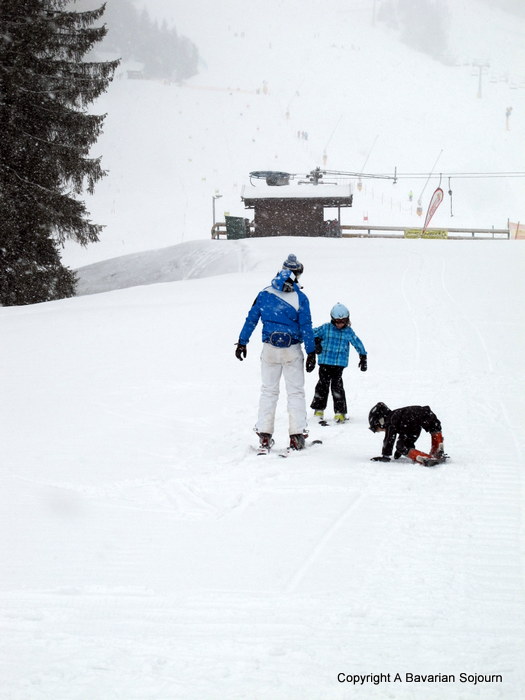 There was absolutely no way I was ever going to stop him passing his love of skiing on to his children either, and desperate to get them started properly, he booked them on to a day long lesson last Saturday…  Just the two of them (the aftermath of which was the subject of my Silent Sunday last week)… 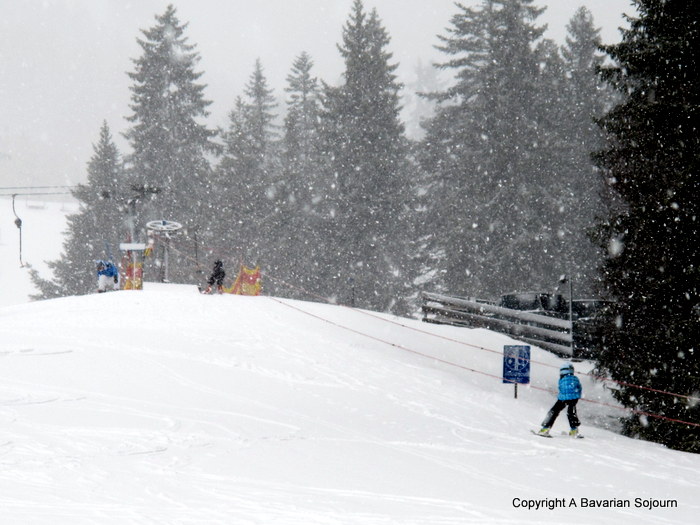 I had been slightly worried about how they would get on, as a) it was snowing quite heavily, and b) it was for the WHOLE day, but reasoned with myself that if I just went to the nearest warm and dry lodge (with big open fire),  and spent the day there, the lovely instructor could always call me if either of them had enough.    And so I did exactly that, leaving Mr R to indulge in his great love, while his other great love(!) sat by the fire and actually read a book, all without any interruption…   I might have also indulged in orange punsch – an Austrian speciality, oh and as we were in Austria a piece of Sacher Torte, which was no great hardship. 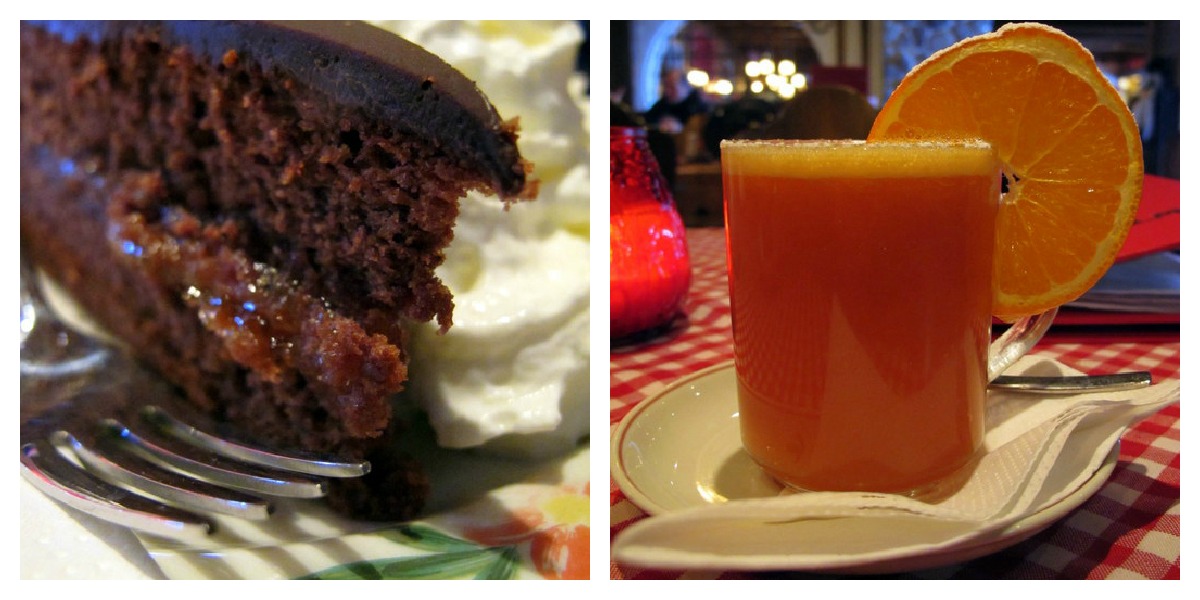 Best of all, at the end of the day the Small People had done really well, and had advanced to the stage where Mr R could perhaps feel comfortable taking them out by himself next time around.      And not only did they sleep soundly that night (and we were treated to a very rare lie-in the next morning), over breakfast they too declared their undying love for Skiing, and said they couldn’t wait to go back.   Finally, one of Mr R’s  greatest wishes as a Father has been granted!! 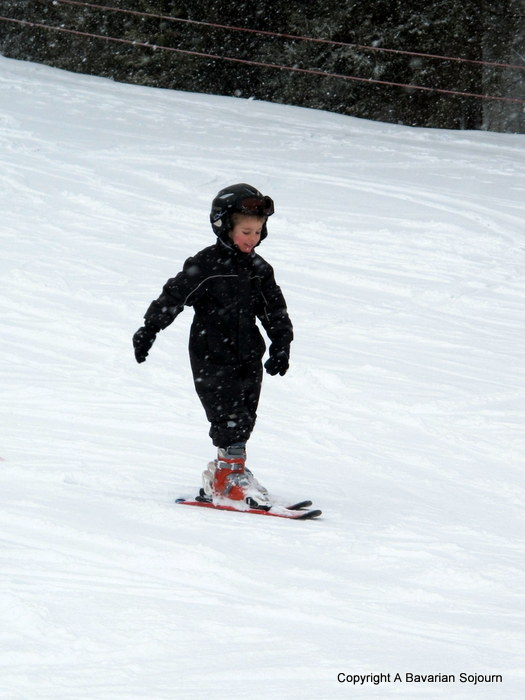 Going the right way this time...

And I too can perhaps rejoice in the fact that I foresee many more peaceful fireside “skiing” days in my future!    Do you know, I might just love skiing after all?!

We spent the day at Gschwandtkopf, which is ideal for beginners, and less busy than nearby Garmisch.   Gschwandtkopf is not “overly challenging” for really experienced skiers however (not my words obviously!)…     Contact WeissBlau for private lessons… English-speaking instructors can be arranged in advance.