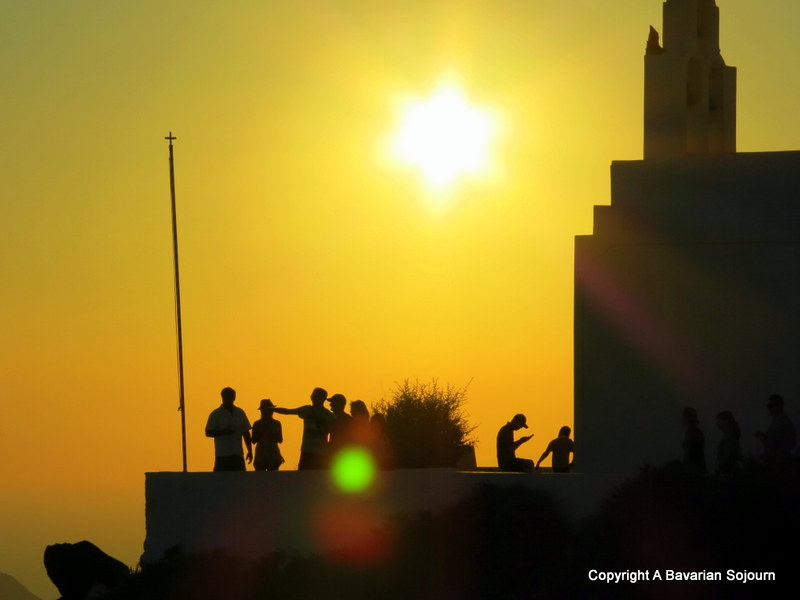 Santorini has to be up there in terms of the Planet’s most famous sunset view settings, and it proved just as spectacular as promised, night after night.

The first sunset we witnessed just up the road from us in Firostefani saw much craning of necks as the majority of the crowd around us attempted to take “selfies” with the dramatic sky as a backdrop – whilst not falling over the ledge!   Add to that an extravagant wedding taking place in the hotel beneath us – which saw the bride and groom posed in several exaggerated scenarios as the sun sank behind them (including perched on a roof, arranged next to a harp and with arms aloft next to the pool) and at times it all proved as captivating as the grand show that Mother Nature herself was putting on before our very eyes! 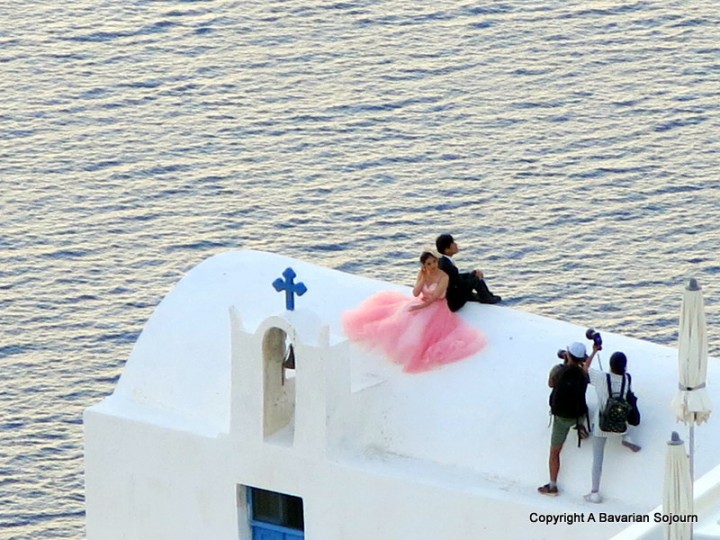 Incidentally, it is quite common to see people in their wedding finery here, but not all of them are actually getting married then and there.  A lot of them are recently married, and have come to the island to get photos done as it’s so picturesque, as is the tradition here it seems.

John – who came with us on holiday – found it all completely enchanting. Small girl had suddenly produced him from her case having spent a few hours creating him one morning at home, and he was her small purple felt bear companion for the entire Santorini trip (but was joined by a stuffed donkey or two at the end! (not real ones!)).   On this particular evening he proved invaluable in giving shadow admiring tips, and general artistic advice on sunset drawings. 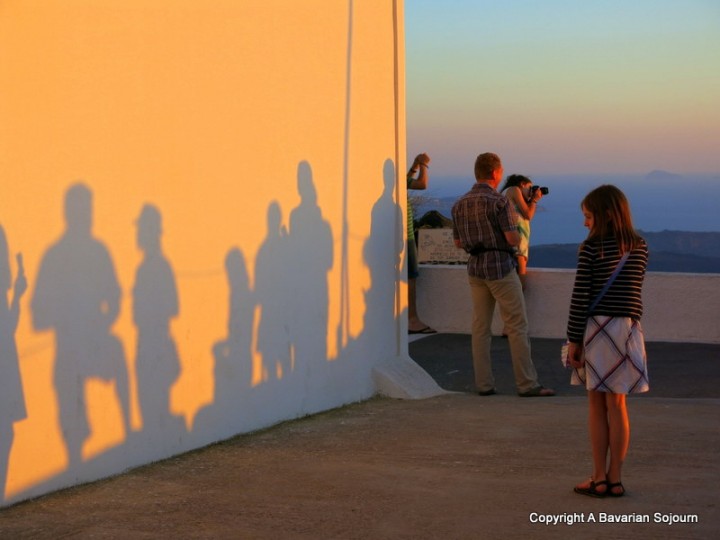 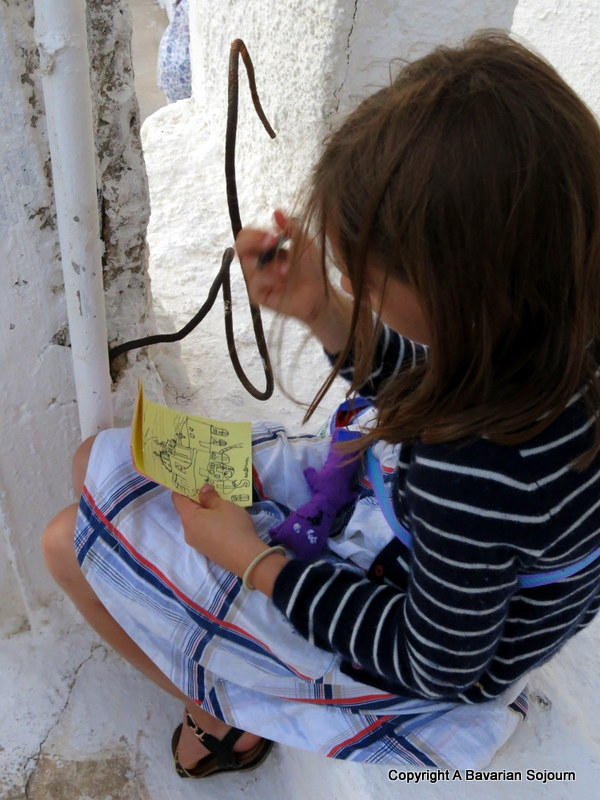 (the only live wire in this picture is the Small Girl, don’t panic!)

Unfortunately, he somehow managed to get left behind having enjoyed the sunset a little too much.   Which meant that some ten minutes after the sun had slipped below the sea, we had to run back to get him (uphill, and up a lot of steps).    But thankfully (for us!) he was still there, sitting on the same wall and happily looking out to sea where he had been left, just relaxing and enjoying the view before it got too dark.  Which was all completely understandable…