The Deutsches Museum in Munich is quite possibly the largest museum we have ever visited.    It actually is the largest Science and Technology Museum in the World at present, and boy does it feel like it.  Unless you are on roller-skates, don’t even think about attempting to see the whole place in one day, it’s just not possible as it covers almost 51,000 square metres.   From flying machines, to submarines, printing machines to space rockets, if you can imagine it, it’s probably in there somewhere!

We spent a whole day exploring one cavernous room after another, where we must have pressed around a million buttons, lifted thousands of levers and switched hundreds of switches.  We also must have walked several miles!

We spent time imagining life gone by in various scenarios, including on board claustrophobic submarines, and as passengers on titanic-era liners. Beautiful boats and planes were thoroughly inspected at close range, and fantastic architectural spaces were admired (if only by me, the rest of the family were far too busy with the exhibits!), before we embarked on a visit to “Kids Kingdom”. This is where we were treated to an impromptu concerto by The Small People, one from inside a guitar, and the other on a piano. This part of the museum is well worth a visit on it’s own for those under the age of 6 (the real fire engine was a huge hit, as was the humongous guitar), but beyond that it’s quite limited for slightly older children, but there’s plenty for them to see and do around the rest of the Museum.

We watched various science demonstrations, including one involving balloons and dry ice, conducted by a man with the most amazing circus moustache! I couldn’t understand a word of it, but it was highly entertaining!

Some of us (OK, me!) also annoyed the smaller members of the family by spending an inordinate amount of time photographing the beautiful electricity room.  I have always been a sucker for industrial spaces and artefacts! Unfortunately we missed a “Magnificent Performance” there, but we can save that for another day.

We also introduced ourselves to various robots (and then had to spend quite some time watching them “just in case” they moved and we missed it!)… What with robots, space-rockets, and authentic pirate peg-legs, I don’t think Small Boy could quite believe his luck!

Luckily a close shave with a giant magnet didn’t destroy my camera, and I took over 285 photographs that day! I think my favourite photograph of the lot however is the one below – taken when we had just left the museum completely exhausted! Father and daughter, wearily walking to a nearby Turkish restaurant for a very well earned dinner!

One museum definitely not to be missed in Munich! 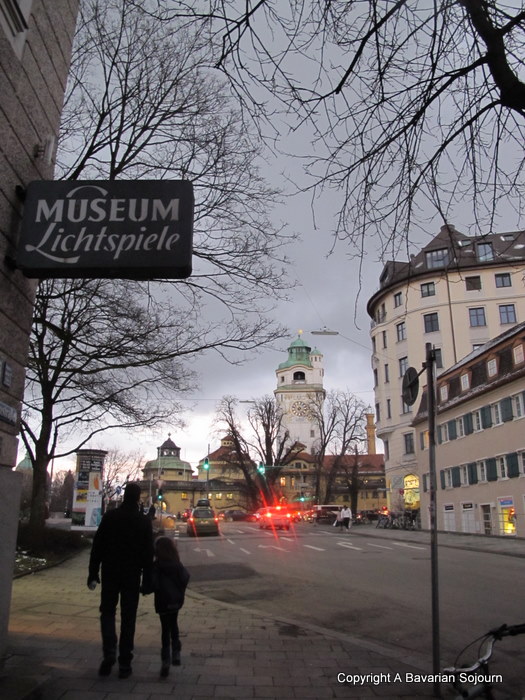