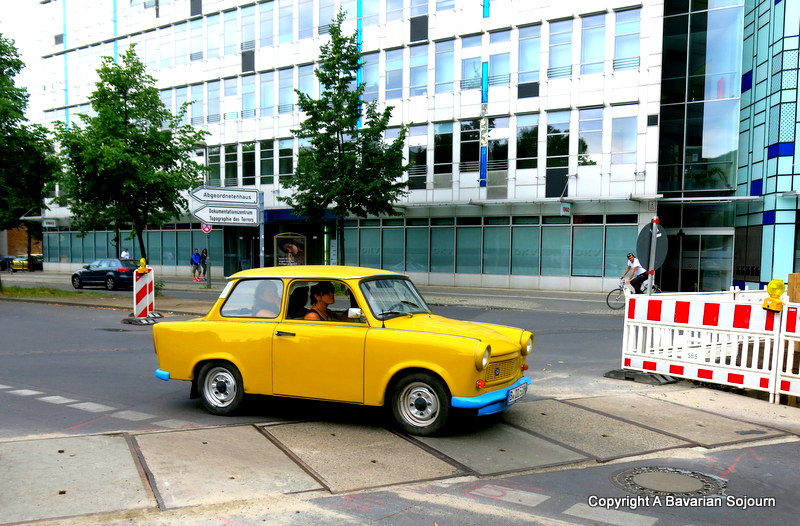 Deliberated over from the comfort of  her temporary bedroom in our cosy communist era Berlin apartment (whilst I pondered the all important matter of where we should eat dinner!), a certain history enthusiast in our family decided on two museums to visit in one day, both with much more serious collections for inspection, after the previous day’s frivolity of her brother’s choice of CurryWurst Museum. 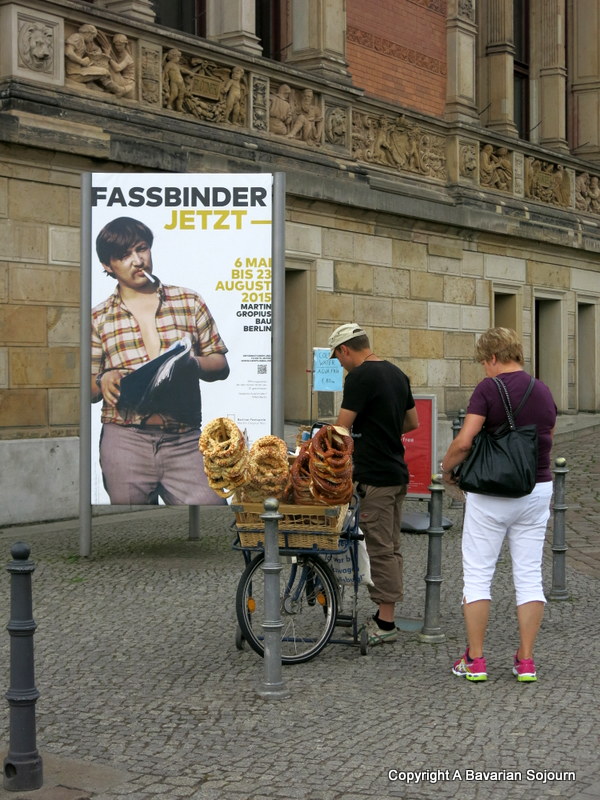 We don’t need many reminders of just what a varied, dark and turbulent past (to put it mildly) Germany has, and Berlin has of course hosted quite a lot of it.   Along with her photographic memory of huge chunks of British history, living here means Small Girl is quite clued up on German history too (and has in the past put me on the spot on quiet public transport innocently shouting things like “look mummy there’s one of the Zeppelins that did a lot of damage in the War” at an airship you can often see flying over the Allianz Arena, and recently gave a narrative worthy of tour guide status around the Eagles Nest!) so I knew we were in for a day of history consumption and a lot of walking. 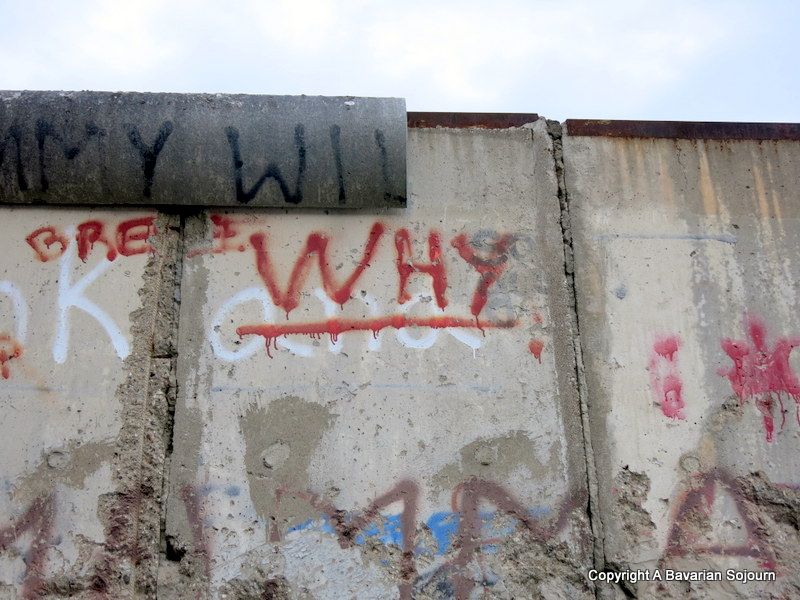 First up the Topography of Terror Museum, which we walked to from Potsdamer platz, following a trail of colourful Trabants along the way… 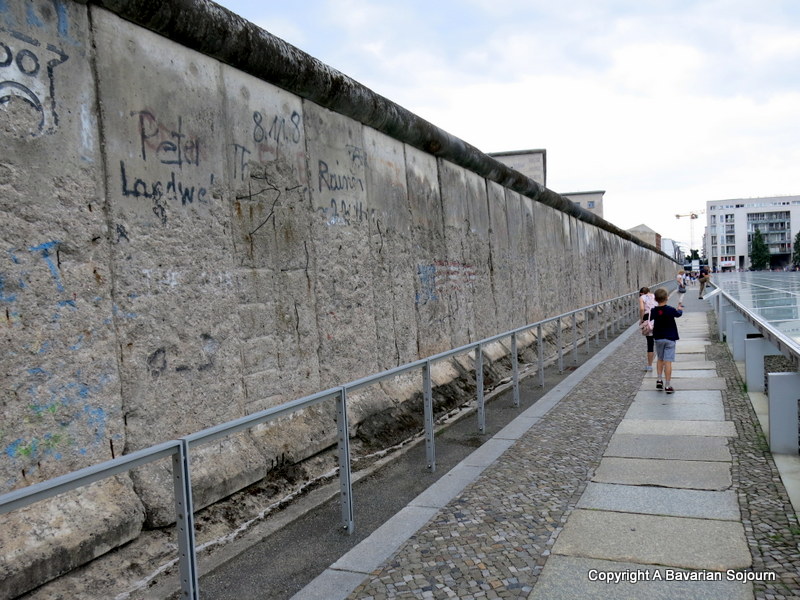 This indoor/outdoor museum is based on the destroyed site of the headquarters of the SS and the Gestapo.   Originally opened as an outdoor memorial site in 1987 in honour of those who had died there, it was expanded to include a documentation centre in 2010, charting the rise and fall of the Nazi Party. 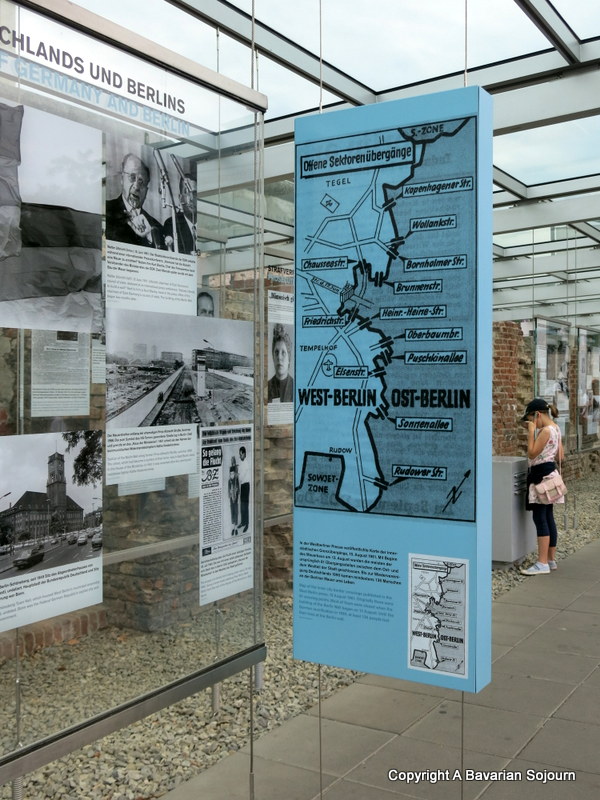 As well as the documentation centre, it hosts several permanent exhibits including the very moving outdoor exhibit that covers the life stories of some of the victims of this horrific period.    The longest surviving stretch of outer Berlin Wall serves as a backdrop here too if you are interested.

If you follow the wall to the farthest end of the Museum grounds and peer through the fence, you will see a line of bricks tracing where the wall once stood.    Obviously not a museum for tinies, but useful for older children covering this period of history at school, and an important reminder to all.   Niederkirchnerstrasse 8, 10062 Berlin,  Daily from 10-8pm, Admission free Tel:  +49 30 254509-50 info@topographie.de 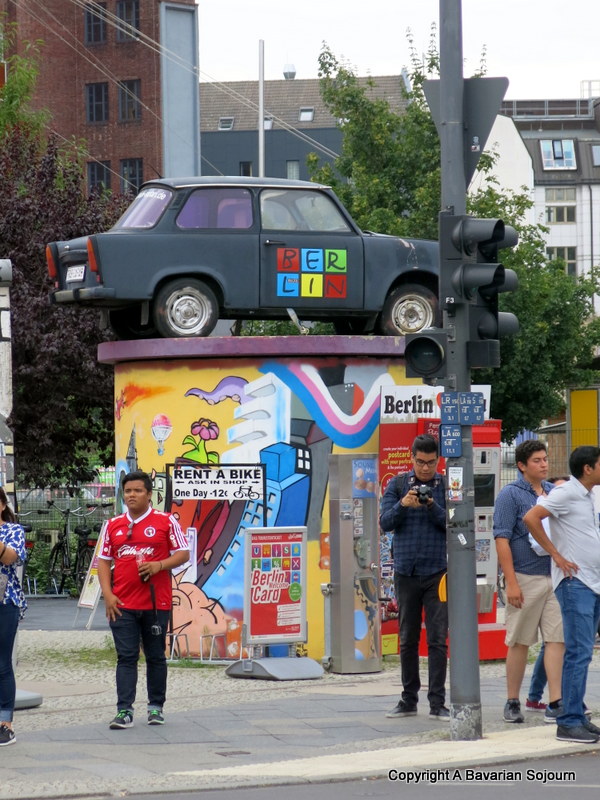 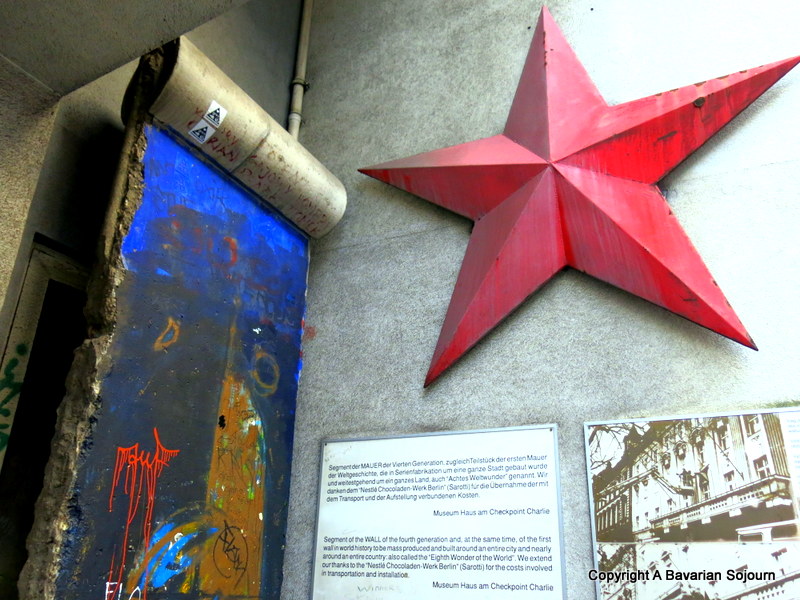 And then on to the Mauer Museum just a few steps up the road from Checkpoint Charlie (The Berliner Mauer is the German name for the Wall), which was much more appealing to the Small Boy as it features lots of exhibits detailing the heroic efforts of residents to escape over, under, or even through The Wall over the years that it stood, as well as a detailed history of the Wall itself and artists interpretations of what life was like.    Starting off as a two roomed museum when The Wall was first built, it now covers over 2,200 square metres (deceptively, it doesn’t look that big from the outside) and is quite maze like (Small Boy and I got separated from the rest of our party and didn’t actually see them again for another two hours!) .    Look out for the various ingenious instruments of escape including a hollow surfboard, numerable adapted cars with people sized smuggling compartments in the engines, a home-made hot air balloon, and even home-made submarines.   As the Museum itself states it serves as a “testament of the ingenuity of the human mind when faced with perilous circumstances”.      Again, definitely not one for tinies, but interesting for ages 8 and above.  No photographs allowed….   Friedrichstrasse 43-45, D-10969 Berlin  Open daily from 9-22pm, Tel: +49 302537250 info@mauermuseum.de

All that history consumption and walking for miles and miles (mostly because we had to retrace our footsteps all the way back to the Topography of Terror Museum to find a lost cardigan dropped by Small Girl!) is hungry work, and so on to dinner.

I have yet to find a decent Korean restaurant in Munich (sorry Munich) but as it remains my favourite food of all time, and as this place has lots of gleaming reviews, we had to visit Kimchee Princess.    The tagline of their website is “Let them Eat Kimchee” and I would be more than happy to do that every day as it has to be my favourite way to eat pickled cabbage (sorry Germany!), and the stuff they served here is excellent. 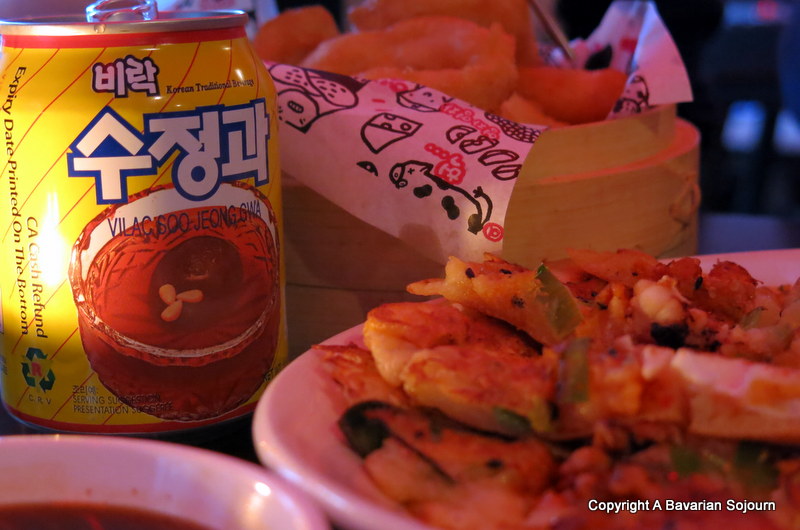 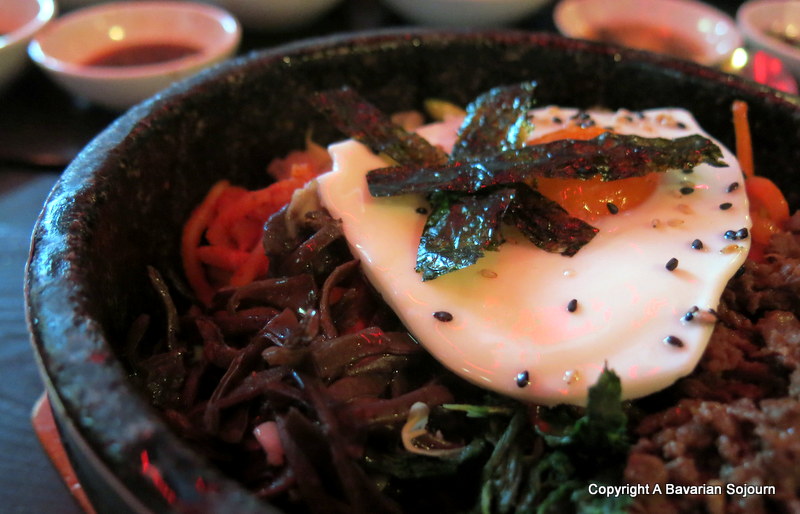 I can also recommend the pajeon (Korean seafood pancake) bibimbap (rice served in a volcanically hot stone bowl, and topped with vegetables, meat (if you wish) a raw egg (usually, although this one was disappointingly fried) and plenty of gochujang (chilli paste) which you mix together), and bulgogi (marinated slices of pork) which you barbecue at the table.  In fact there was so much of this we took it with us and ate it for breakfast the next day.   Highly recommended, and you absolutely must book.   Kalitzer Strasse 36, Manteuffelstr. 10999 Berlin – Kreuzberg  Tel:  +49 163 4850203 info@kimcheeprincess.com

I wish we had spent more time exploring Kreuzberg, but we will have to do that next time we go to Berlin… For there will be a next time, but now on to Amsterdam…