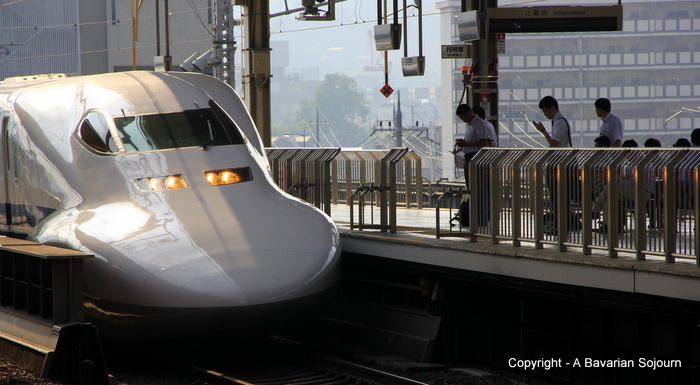 After cramming in as much of Tokyo as we could into the first three days (which also included our visit to the incredible Studio Ghibli Museum!), we headed for the peace and quiet of the Izu Peninsula, an area famous for its hot springs, beautiful mountains and perfect beaches.  All this, and just two hours away via our very first Shinkansen (I don’t usually rave on about forms of transport by the way,  having hated flying most of my life, and quite often being let down by it in Europe – but it’s hard not to be impressed by these vast gleaming space aged beauties when you spot them for the very first time…). 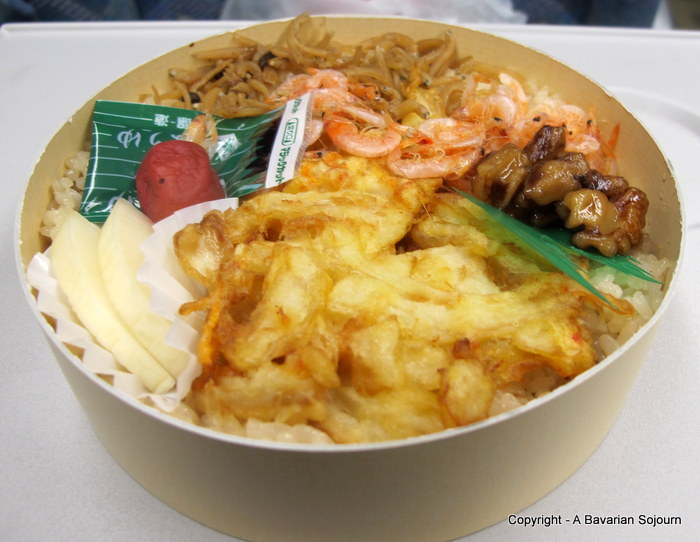 I am also slightly in love with the rituals that go along with them, like the bento boxes to take on board to tide you over – once you have made a decision from the vast array available at the small shops in the station(from sushi to noodles, it’s all here!) that is.   Just don’t leave it until the last-minute and be forced to grab and run like we were on this occasion!   I have no qualms about the 8-year-old when it comes to food,  she will eat most things (apart from baked beans oddly) – but allowing the 6-year-old to choose a bento box which quite plainly featured tiny sprattlings of some sort, a giant vegetable fritter, pickled walnuts and umeboshi was either stupidly optimistic, or just plain stupid.     Of course, in traditional “are we nearly there yet” fashion (as is the custom for most under tens it seems), his bento had been opened almost as soon as our particular gleaming beast left Tokyo, and had gathered speed.  His repeated outbursts of “what the EARTH is that” (sic!) whilst holding up one unidentified object after the other, soon had me doubled up with laughter.  Right up until I realised I was going to have to swap with him.

After changing at Ito, a bus waited at  Izu to take us to our Onsen Hotel – Village IzuKougen.  I had no idea what to expect from this location, I was just looking forward to relaxing for a few days, but we were pleasantly surprised.   Village IzuKougen is a very traditional Japanese resort.  I am not sure that they see that many Westerners to be honest, but they bent over backwards to make us feel welcome – our novelty factor endorsed by the small blonde boy in our party it seems.  Looking back, I think this was the start of his “celebrity complex”, and was certainly the first place he had his picture taken with adoring fans.  Much to the disgust of his sister. 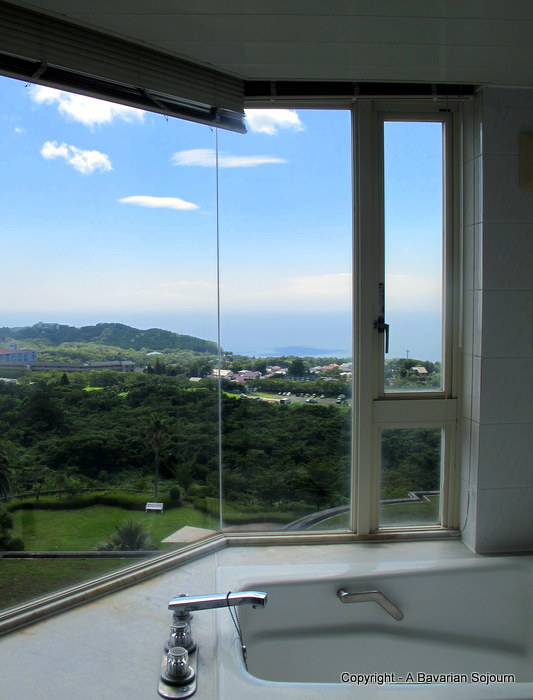 Not a bad view from the tub…

Having shared a hotel room for the three previous nights, our spacious sea view apartment was so very welcome.   All rooms here have a sea view by the way, but in fact you wouldn’t be disappointed with the view behind the hotel either, as it looks out onto a beautiful little volcano (more on that later!)…

Yukata is the general dress code of choice here, and Onsen it seems, is chief business of the day.    We had arrived quite late, so booked dinner at the restaurant as we didn’t fancy venturing back out again.  Having not expected much thanks to a few luke warm online reviews of the food here, we went on to enjoy some of the most amazing meals – long pleasantly drawn out affairs, involving several courses and dozens of tiny intricate dishes. 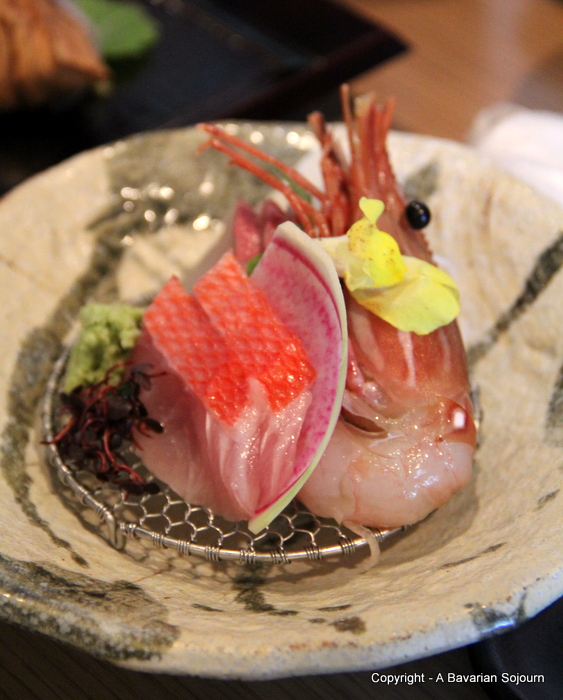 And afterwards, whilst the other members of my family investigated the swimming pool (unfortunately I missed the episode of disgust expressed by the 6-year-old at having to wear an obligatory pink swimming hat!) I read a book for an hour whilst making full use of the laundry facilities (the real draw back of travelling with small children!), all the while being periodically waved at by the director of the massage centre, who somehow already knew my name.   The three hectic days in Tokyo had obviously visibly taken their toll….