Taken on a grey day, when I had time to kill before an appointment in an area of Munich that I haven’t explored much (included in this was enough time for a pit stop at a Cafe that serves an English Style Breakfast – albeit slightly “Bavarian-ised” – who could refuse?   It was good, and so big I couldn’t eat for the rest of the day!).  I only noticed the unintentional yellow theme throughout the pictures later! 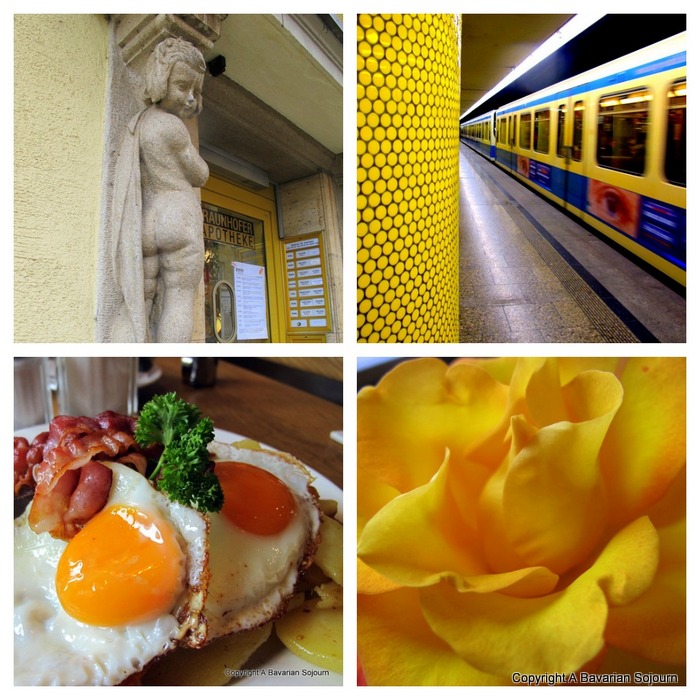 This next picture (taken at Candidplatz) is probably my favourite of the day – I love this particular U-Bahn Station, it is so different.   Munich only started building its underground system in the Sixties, hurrying it along for the Olympic Games in 1972 – which means a lot of the stations reflect these eras in their design… 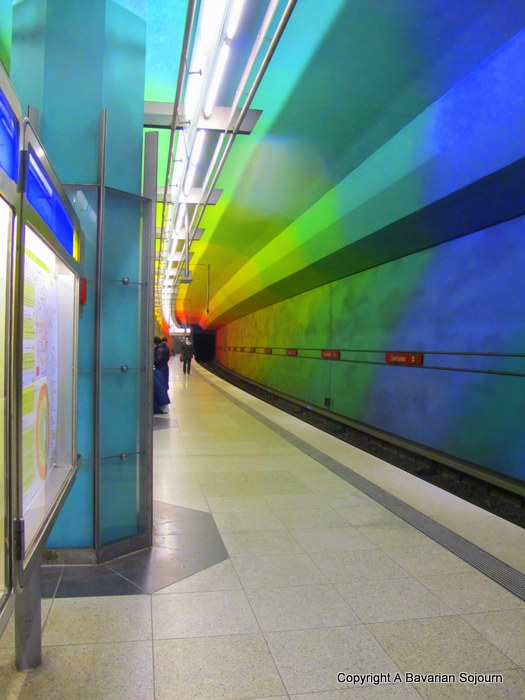 And on the way home, I found an icon from a decade or so later…    The Small People were very impressed! 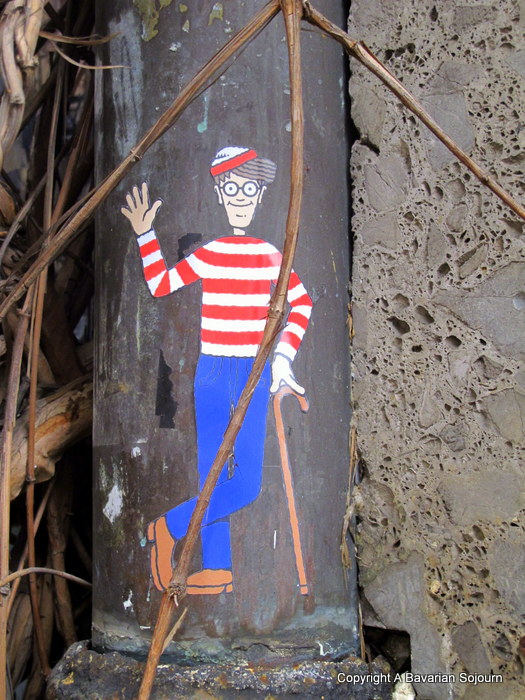