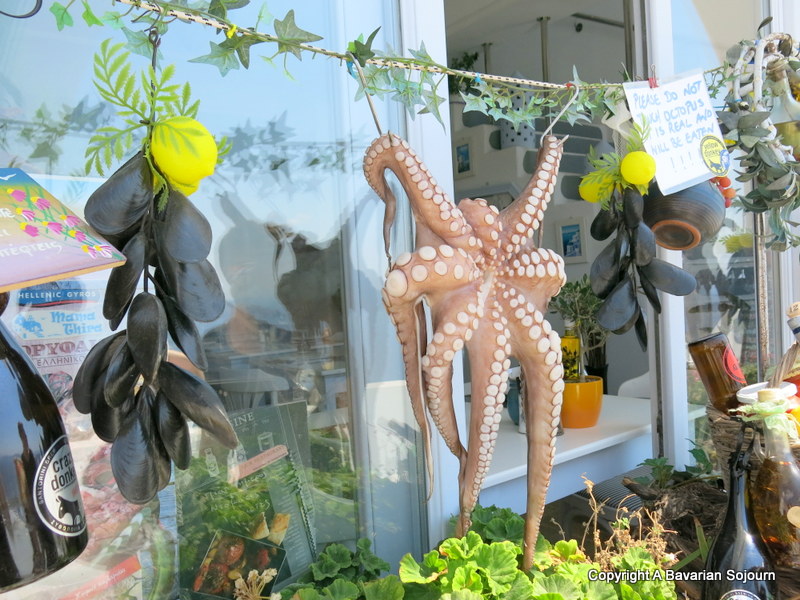 It seems that as a family, we are not able to just sit and relax on any kind of holiday, and within a couple of hours of trying to do just that on the first day, we were itching to get out and explore…

The morning was spent navigating Santorini’s bus system, starting with Fira for a quick wander (and a much overdue hair cut for Small Boy  – it’s becoming a bit of a travelling tradition!) before boarding another bus to Monolithos for a couple of hours on the beach.  Monolithos might not be the prettiest sandy stretch on Santorini, but if you are looking for waters shallow enough for children to play in, so parents can relax (as much as they are capable of) it does the job!   Getting the bus back – which as packed and as hot as it was, proved less than pleasant.   With each journey (however long) costing around €6.40 for a family of four (plus having to wait around in the blazing sun) it wasn’t long before we decided on a much cooler, less hectic form of transport (although not as friendly for the planet) – we hired a car.   This cost the same as around 6 bus journeys per day, which we would have done easily. 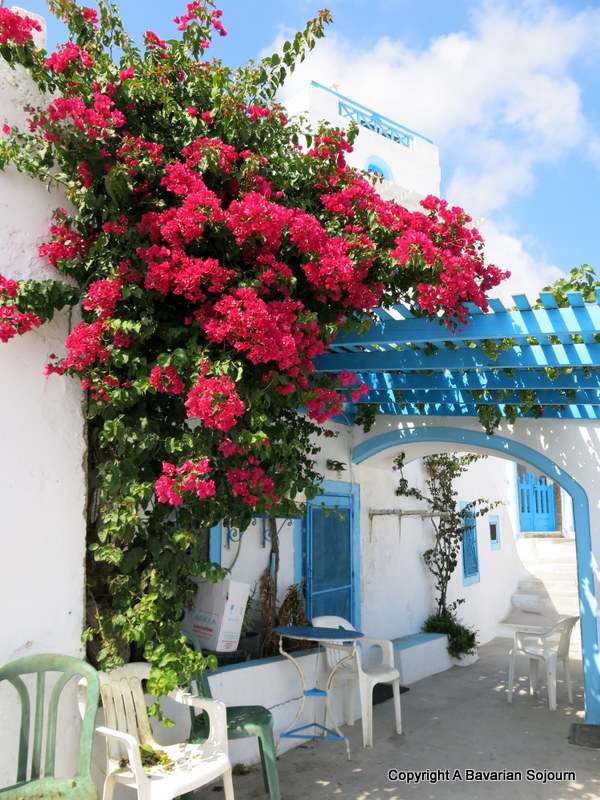 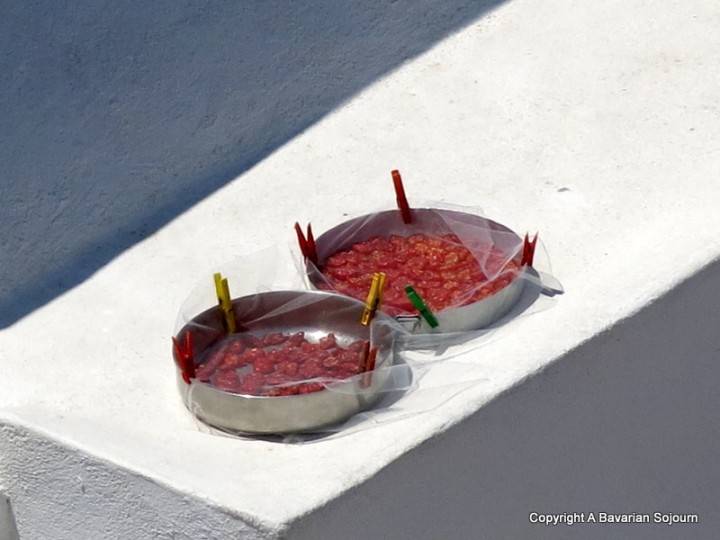 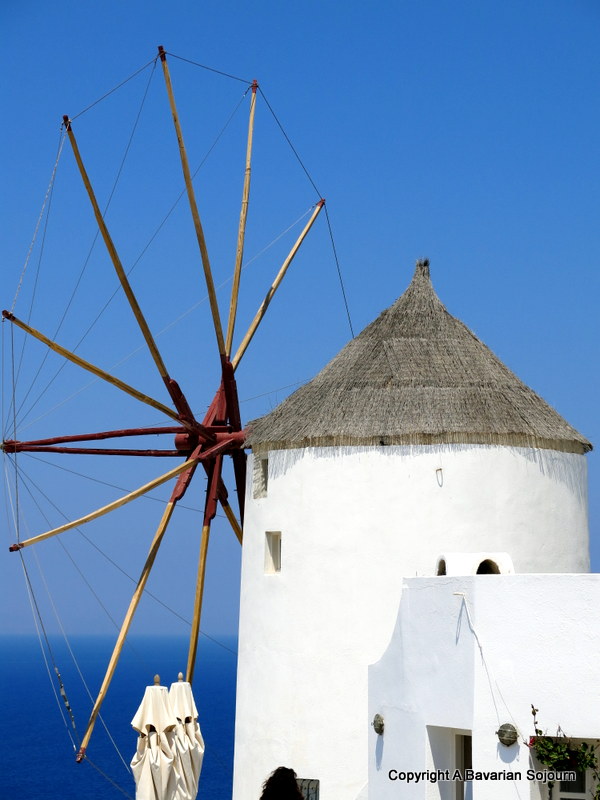 Frog car in our temporary possession (it was bright green if you can’t guess!), we set off to explore the island, first stop Oia.   Oia is at the northern tip of Santorini and probably the most famous of the lot for sunset viewing.    Whilst Fira is the capital and by far the busiest place, Oia has a much more relaxed vibe.   That’s not to say it doesn’t get busy – the passengers from the numerous cruise ships flood the marbled streets during the day – so visit first thing in the morning before they arrive, and then in the evening once they are all safely back on board to see it at it’s emptiest…

With Oia briefly explored (and new swimming solutions discovered – Lioyerma – a great pool to swim in and relax by in exchange for food and/or drinks brought in the bar = deal!) and eager to make the most of our little green friend, we drove to the complete opposite side of the island to visit the ancient ruined city of Akrotiri – destroyed thousands of years ago by a massive volcano eruption that changed the shape of Santorini forever. 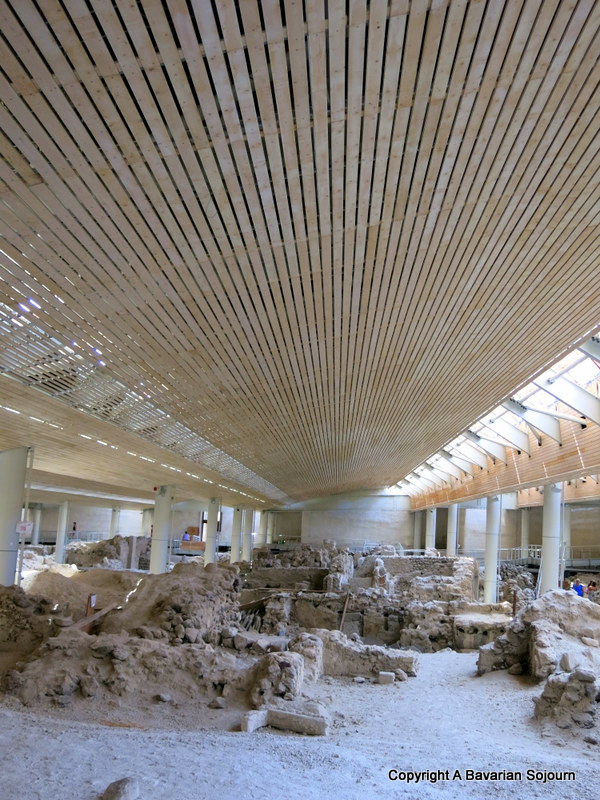 Today the remains are housed in a building that itself took years to build and is a true feat of engineering, and here as we did in Rome, we took a guided tour that brought the whole place to life.

Akrotiri was once a thriving Port, and incredibly advanced considering it’s bronze aged status.  Excavations have revealed a banking system, a customs building, and beautiful wall paintings –  now dotted about the country in various museums. 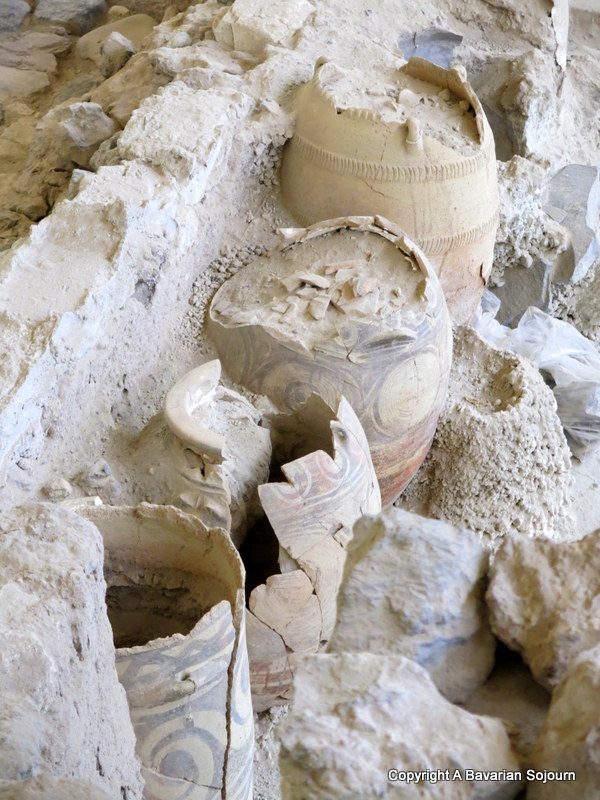 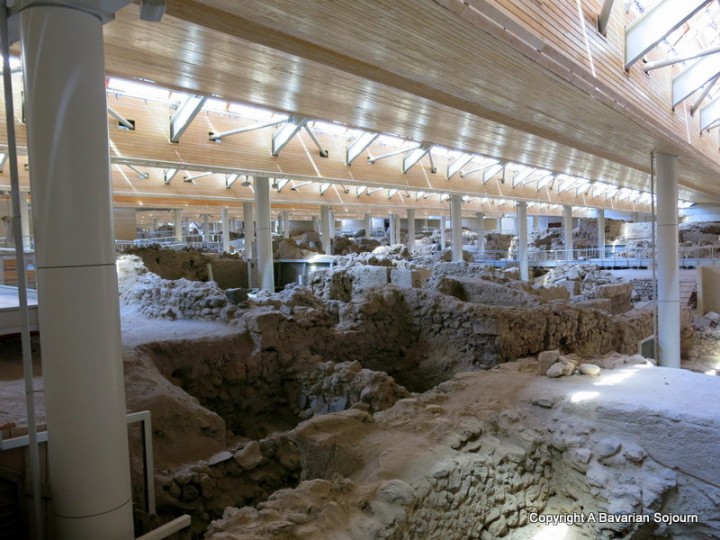 Its citizens had a pretty good idea that something was up as the volcano became more and more active. Fearing the worst they left, sending an advanced party back when things had calmed down.   They became the few unfortunate souls who perished here,  thanks to the volcano exploding shortly afterwards with the force of around 40 atomic bombs, and covering everything with a thick blanket of ash that preserved it all.   If you look at the different coloured layers in the cliffs, it’s still completely visible.   Don’t worry if you are visiting soon, they don’ t expect the volcano to erupt like that again for another 17,000 years (they hope!) by which time we might all be living on the moon or something anyway. 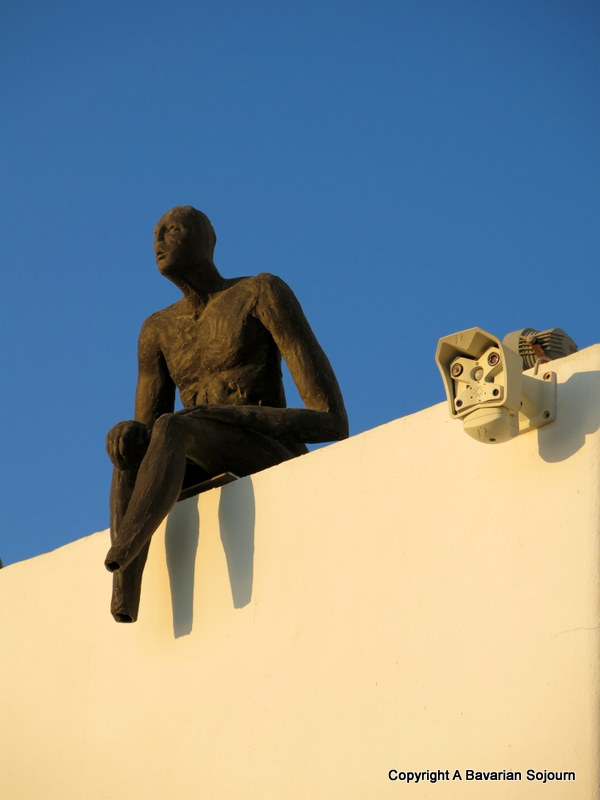 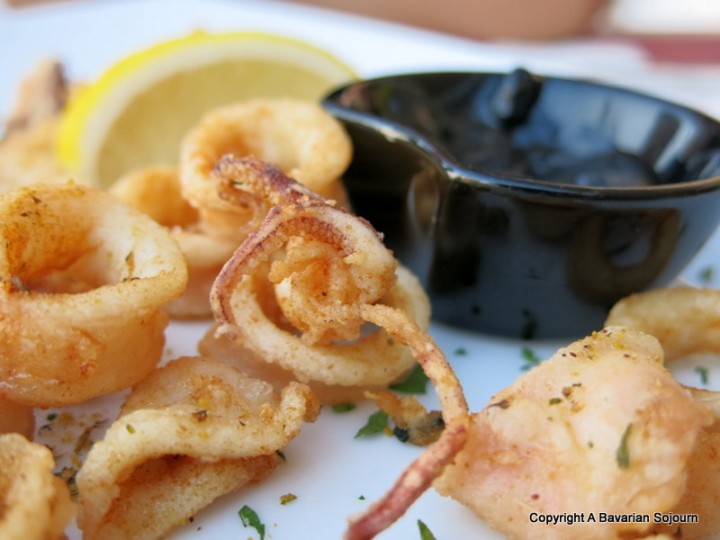 Once you have had your ancient history fill for the day, a little further down the hill is the sweetest little cove edged with tavernas and seafood restaurants, where you can relax and digest all that history.   But as I have mentioned, we are unable to sit still for long, so we ventured on to Fira  and had dinner watching the sun go down (again), this time at Argo (which does the best squid ever – make sure you book though) made all the more enjoyable by the knowledge that thanks to the car, we now had complete freedom to explore the whole of Santorini!..  And I think for the first time since we left Munich, we almost, almost felt relaxed. 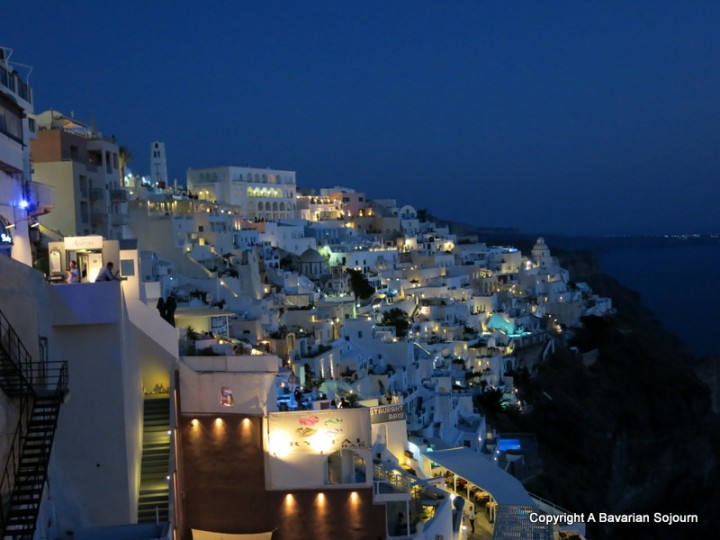