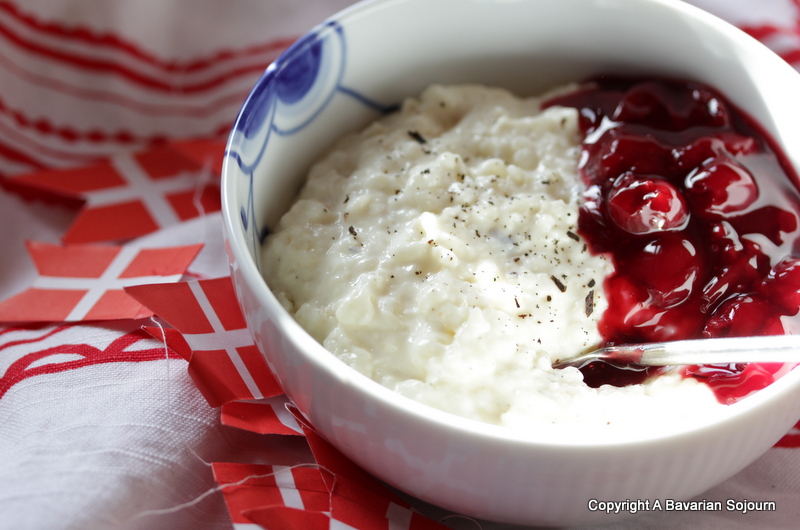 As you might expect, Christmas in our house is an English affair – from the very first mince pies usually baked on Christmas Eve, to the masses of seasonal food for the big day itself.     A true English Christmas dinner is the star of the show obviously, with turkey (cooked on the barbecue! Mr R has been threatening to do this for years, and this time the sun was shining (and it actually turned out really well!)!), stuffing, chipolatas, bread and cranberry sauces and lots of veg (and with crackers this year donated by an Argentinian friend who had no clue what to do with them!).      This was followed by a short interval (with everyone already beginning to complain about being full), and then a flaming Christmas Pudd (which we introduced one of our Bavarian neighbours to – taking him around a warm bowl full!) with plenty of cream and brandy butter.    But, with each year that we are away, we find little traditions and foods from our host countries sneaking in to our celebrations, and I know a lot of them will probably stay with us down the line…

Bavaria is a dieter’s nightmare at Christmas with piles of lebkuchen everywhere (not to mention tempting drinks that always seem like such a good idea at the markets).  I have attempted to make lebkuchen in the past, but don’t actually bother anymore, there’s not much point whilst were still in the land of the gingerbread masters.   A homemade stollen is however usually a part of our festivities as it’s so much nicer freshly baked (plus it makes the house smell amazing!); toasted and buttered it is the breakfast of kings by the way (whilst you’re not worried about piling on those festive pounds!).

Denmark gave me an addiction to the pastries it’s so famous for (and that don’t bear much resemblance to the soggy bottomed excuses we often try to pass off as Danish pastries at home), as well as an obligatory love affair with Scandinavian Furniture, a fondness for  ridiculously cold weather, and a dangerous addiction to candles.  Amongst all the recipes that came with us when we left, my favourites have to be for Flæskesteg (Danish roast pork), Aebleskiver, and then there’s Denmark’s answer to Christmas pudding – Risalamande.   Traditionally served on Christmas Eve (the most important festive Day both here and in Denmark), cold, packed full of whipped cream with generous dollops of warm cherry sauce, Risalamande might not feature in our house exactly on that day, but we do make it at some point between Christmas and New Year…  Like our English Christmas pudd, it also contains a “wish” and one less likely to break your teeth than the traditional coin in our version. 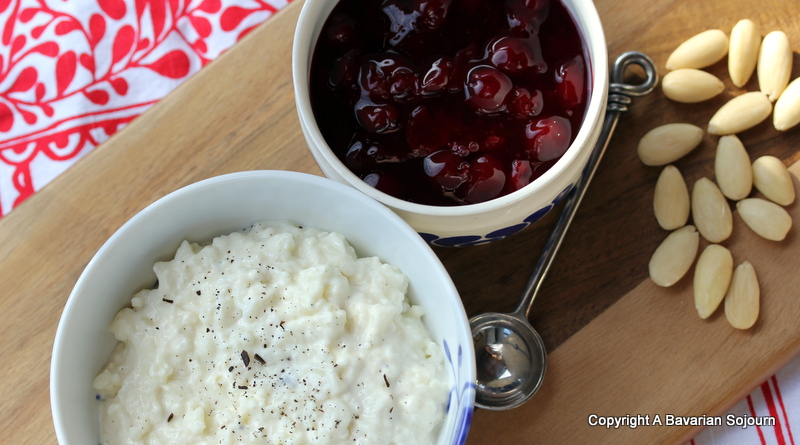 I can’t think of one person who doesn’t like a really good rice pudding, and if nothing else, it allows for an absolutely quiet 10/15 minutes at least (quite possibly the only quietness you will experience during the festive season) whilst everyone sifts through each mouthful to find the magic whole almond to make that all important wish.   What’s the betting it’s for another bowl?… 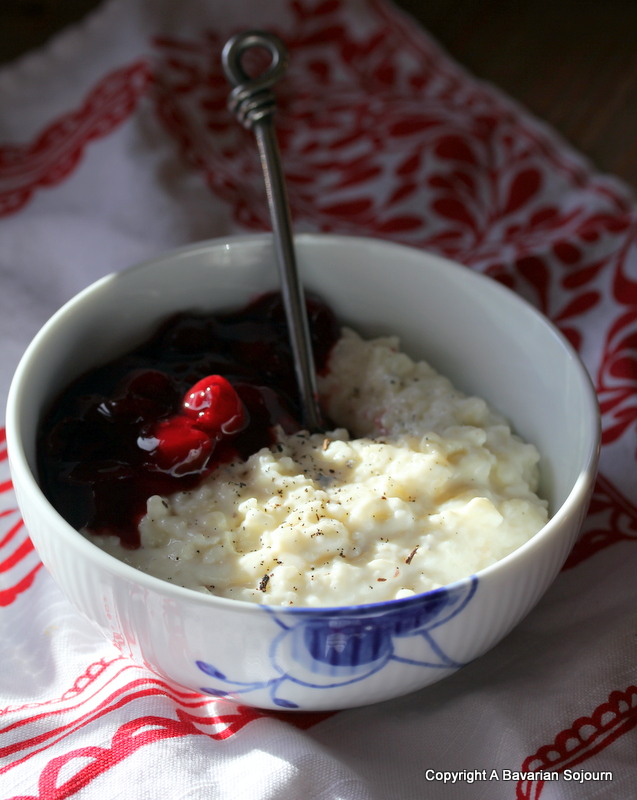 Gently heat 1.4 litres of the milk in a big saucepan. Just before boiling add the rice, slit one of the vanilla pods lengthways and chuck this in too. Cook gently for 30 minutes, stirring from time to time to keep it from catching.  Take the pan off the heat and stir in the salt. Cover and leave for a few minutes before adding the sugar and leave to cool completely. Remove the vanilla pod and add the sliced almonds, keeping the whole one separate. Slit the second vanilla pod, and scrape out the seeds, adding them to the rice. Fold in the remaining milk, and the whipped cream. Either put in a large serving bowl, or individual bowls, and hide the whole almond in one of them. Serve with hot cherry sauce on the side…  Enjoy.