Harvest time has been and gone in our house, and I am sorry to report that it hasn’t been a successful year.

I know I am not much good at gardening anyway, but the odds have been well and truly stacked against us.    Our organic pest control turned out to be quite a costly affair, when we discovered that the slugs here are fussy about the beer they choose to drown in, and we only got good results with the best Bavarian beer – not the cheap stuff from the garage (yes you can buy beer from the garage).

The position of the sand-pit/come vegetable patch turned out to be a bit shady too,  meaning that the one plant that did well, did so through alien like means, snaking out of its alloted space and out across the garden to bear fruit.   And  instead of the the big orange pumpkins we were expecting it to produce, this bizarrely shaped yellow object appeared instead, just the one too!

We only got a few tomatoes, a strange looking cucumber,  about one blackcurrant (because the birds ate the rest), no courgettes (because they died in a hot spell when we were away), and our once magnificent sage plant now looks as though it’s been freeze dried… 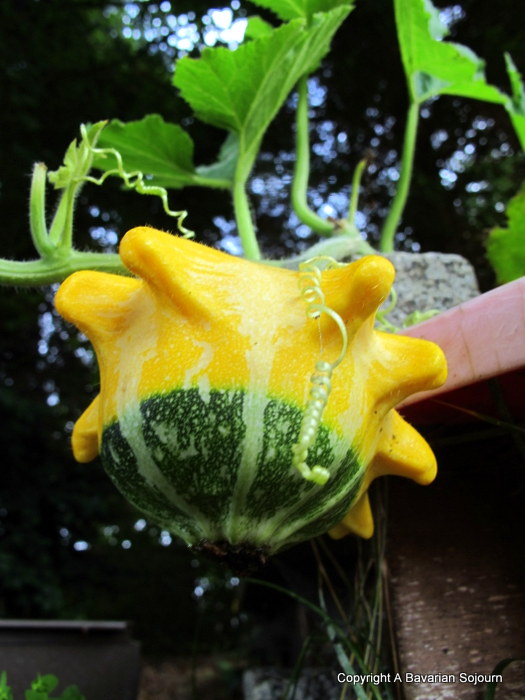 But we did get plenty of red-currants of course, and the blackberry bush felt sorry for us and joined forces with the apple tree to cheer us up.   And because our Harvest was well and truly a load of old cobblers, this is what we made to console us – a big blackberry and apple cobbler, it has the same comforting properties as crumble by the way.

Oh well (she said with a mouthful), there’s always next year… 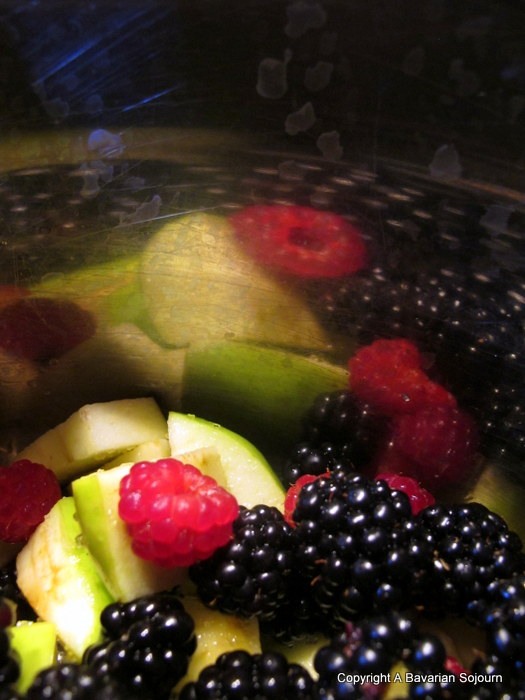 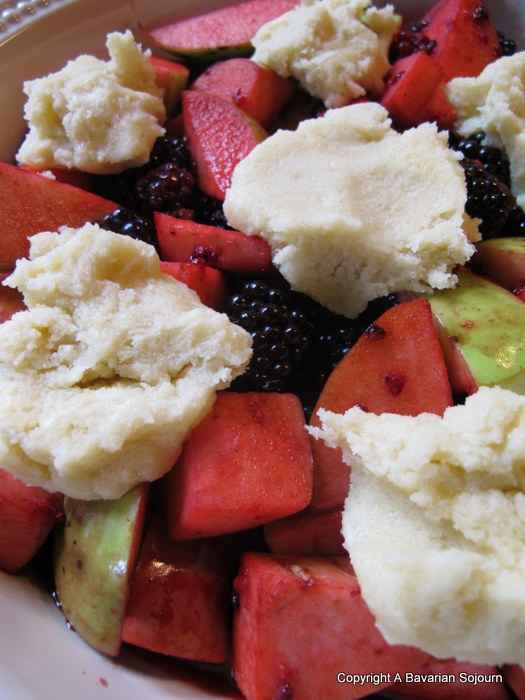 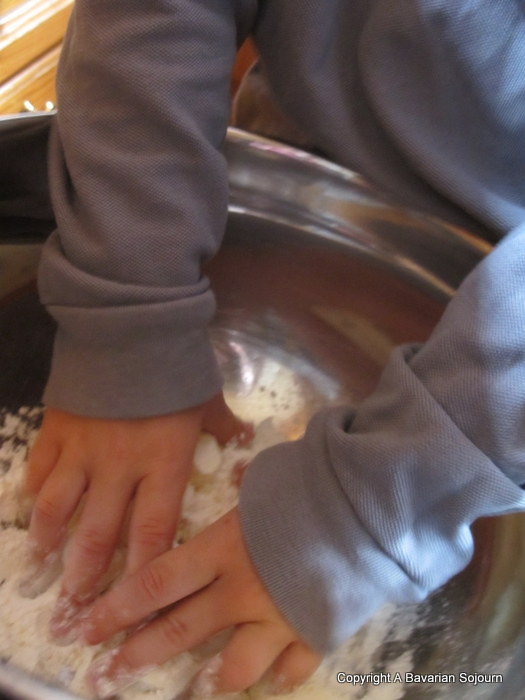 Preheat the oven to 180°C, put fruit in an ovenproof dish and cover with 25g melted butter and a couple of tablespoons of caster sugar.

Sift flour and salt into mixing bowl, add butter and sugar and rub together until breadcrumb like.    Beat egg and milk together, add to bowl and mix together to make a dough, roll into a log and slice.   Place on top of fruit, brush with milk and bake for 15 minutes or until golden brown. 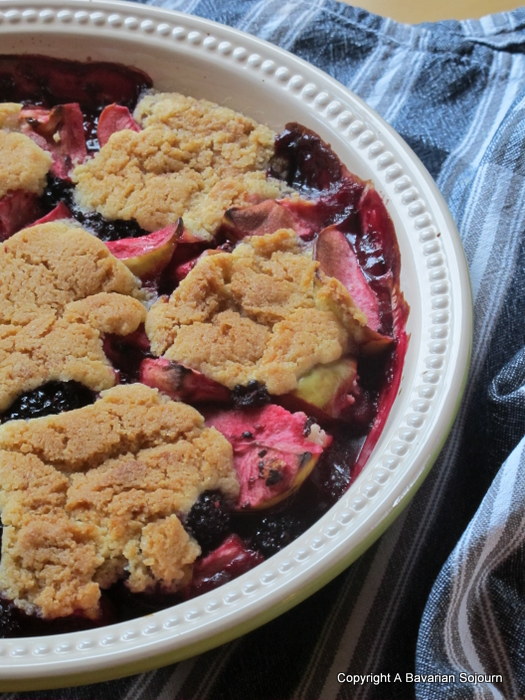