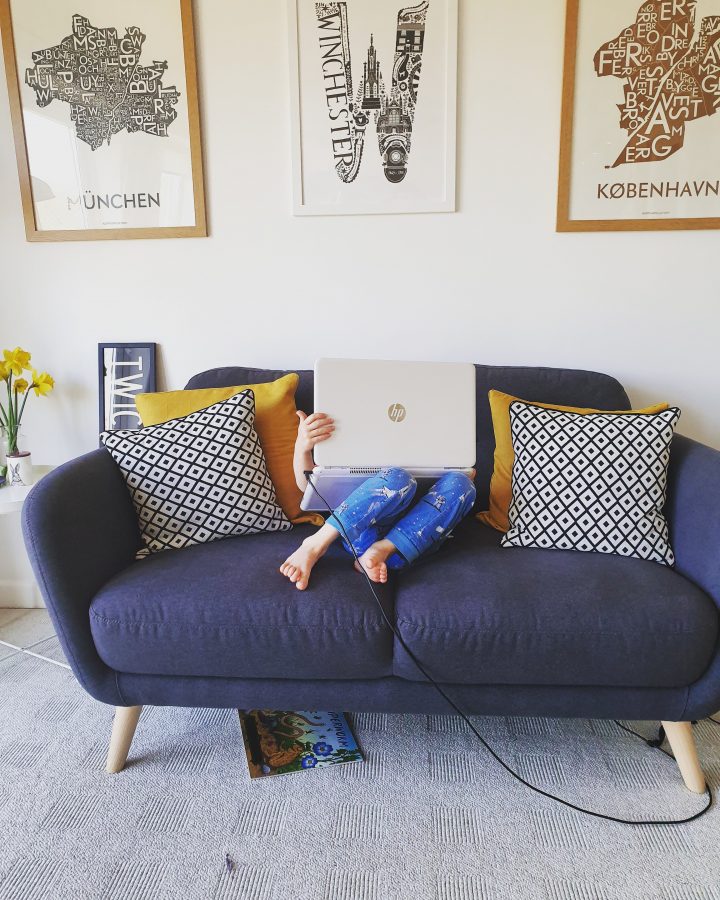 In these strange times, there are those of us who will wonder how they will fill their days whilst they do the right thing and STAY IN.  Maybe they will get a chance to finally put their wedding photographs in an album (I still need to do that some 17 years on!!), they could indulge in a spot of DIY perhaps (and paint that blinking blue shed!), or maybe take baths that last for hours whilst reading book after book…  And then there are those of us with four-year-olds and we find that we suddenly have NO time whatsoever :D

All jokes aside, I am so grateful to the teachers of my older two who provide weekly lessons for them to complete.  I literally just check in on them, and they will appear from time to time for food and drinks until school hours have finished…  I, on the other hand, am now the head-teacher, sole entertainer and substitute friend to the four-year-old (!)…  Our little Pre-School are quite brilliant though and provide tips on what we could do every day, as well as a bedtime story told by one of their teachers (which is what he is listening intently to in the photograph!).

I haven’t done much “structured” learning (apart from practicing how to write his name, he is due to start School in September (hopefully!) after all!), but we have done lots of stuff in the garden, learning about various insects, discovering baby slow worms, and looking at how snails grow.  We have also planted things (some of it upside down!) and he has spent A LOT of time digging.

As he was quite happy playing by himself one afternoon, I watched for a while as he trundled up and down the garden with a giant rock in his trailer.  The rock even joined him on the trampoline for quite a while.  When I asked him if he was OK, ” he said he was playing with his new tato”.    I thought it was lovely that he was indulging in a little imaginary play and carried on with what I was doing.     When I went out in the garden shortly afterwards, it really was a giant potato (with a big bite taken out of it!).  He had obviously found it from last year’s crop in the vegetable patch!!

Anyway “real” posts to follow this coming week when I get two minutes!  Stay healthy (and indoors!)!