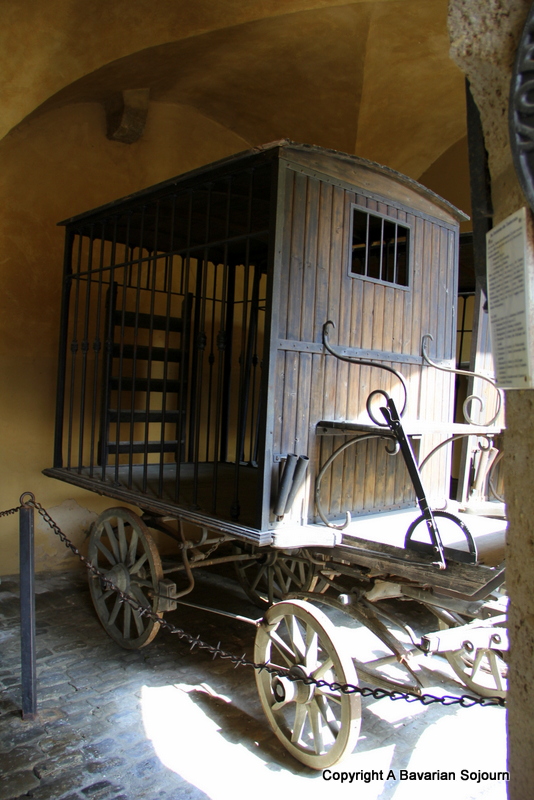 From the nostalgic “awwwws” of the Christmas Museum, to the aarghhs of the Kriminal Museum of Rothenburg up next!   Talk about from one extreme to the other! 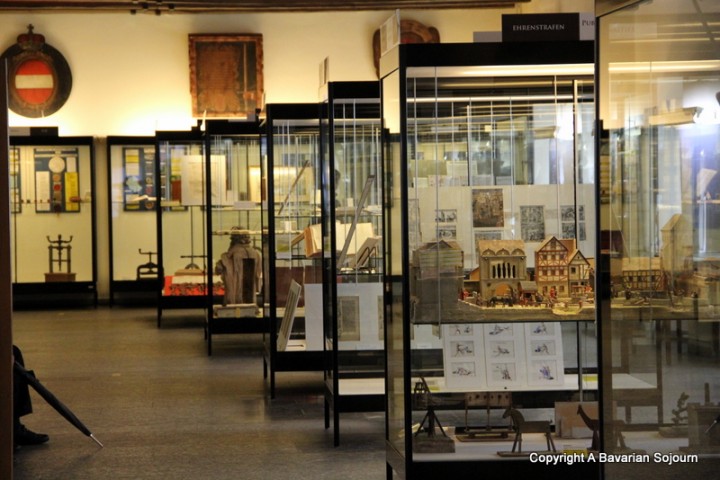 This  Museum was (unsurprisingly) the attraction of choice of the Small People – both of whom I do believe could have spent all day here inspecting all kinds of (horrible) history (I can assure you that this is a place you wouldn’t want to be locked in at night)!

Covering several floors, and almost a thousand years of Western Judicial Law, this Museum is all about historical punishments for all crimes over the centuries that you can possibly think of – and there are plenty for those that you can’t possibly think of too (and perhaps would never have imagined without visiting)!     Whoever dreamt up some of these things had quite an imagination, believe me! 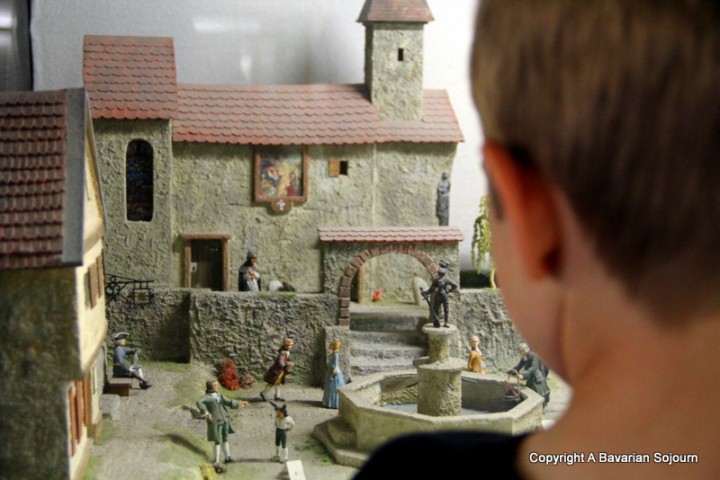 Reading up on ancient school punishments and thanking his lucky stars…

You will find plenty of descriptive texts here as to exactly what it is you are looking at (which is necessary in some cases), and you may well learn a few meanings behind present day sayings and traditions – salt became widely used for example as theorists claimed that witches and demons couldn’t tolerate it, and pretzels were covered in salt to protect against such things during lent!

I will admit to lingering over some of this historical reading for slightly longer than necessary, when out of the corner of my eye I witnessed Mr R trying to divert the attention of the Small People away from one exhibit featuring several medieval chastity belts (luckily the descriptions weren’t that involved, and were quite high up)!     I believe he told them they were weighted swimming trunks?!… 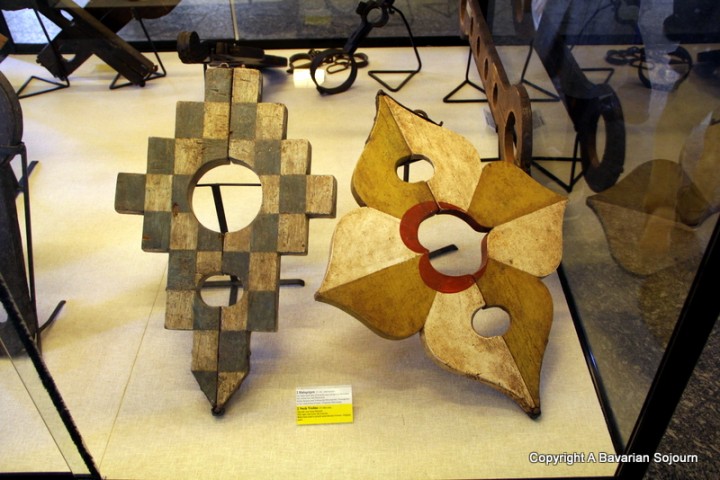 I found that there were plenty of laws that our Judicial system could perhaps make use of today – in particular, the quite spectacular masks and collars of shame!     These were a common punishment for medieval fishwives, nagging spouses, argumentative people, generally nasty people, and those without morals.   The accused would be made to walk through the town wearing such a mask (or collar) which usually had bells attached to announce their arrival…    We found that this one in particular reminded us of Mr Potato Head! 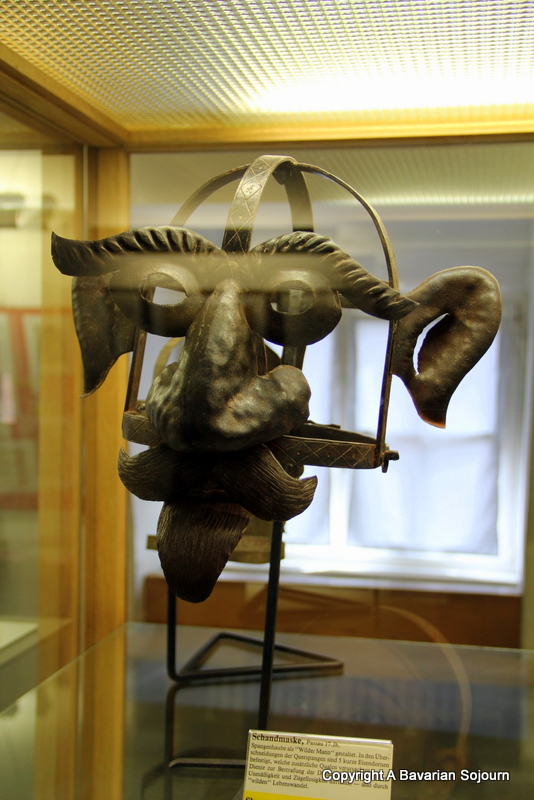 But amongst the not so “serious” lurk a few articles that will truly give you the shivers if you dwell too long upon them.    The Iron Maiden for example turns out to have nothing to do with Margaret Thatcher as I thought it had for many years, and completely covered with sharp spikes on the inside, is perhaps one of the most petrifying things I have ever seen (you might be relieved to hear that there are no real records in evidence to suggest that they were ever used, and many believe they were built as a caution against certain crimes,  or actually cobbled together for the sheer spectacle of them!)… 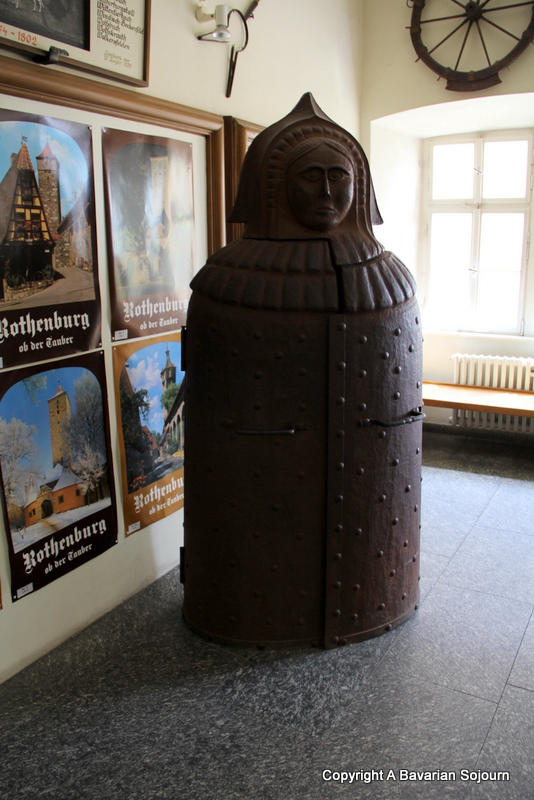 Take heart though, not everything here is as gruesome as you might imagine, especially given their history!  Behold an ancient cloak of death – necessary to protect the identify of an ancient Executioner (who would also wear a mask to protect him from the curse of the person whose block he was knocking off!).   Did you know that this business was a family affair, usually passed down from generation to generation? Imagine being born into that line of work!    And although I am sure you might not agree if you were the one kneeling at the chopping block, I like to think that if my executioner turned up wearing this tasseled affair, I would at least go to my death laughing my head off – quite literally… 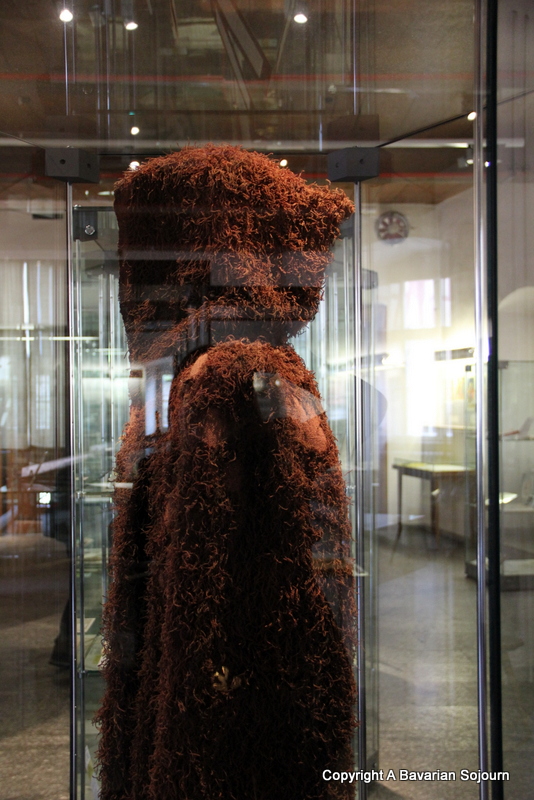 Don’t have nightmares, this place is truly worth a visit and packed full of historical facts and figures.   I would perhaps not recommend a visit if you have really young children (although I am sure most of it would go over their heads!), but if you have them in the 8+ category, they will thank you for visiting, and I think you might enjoy it too…. 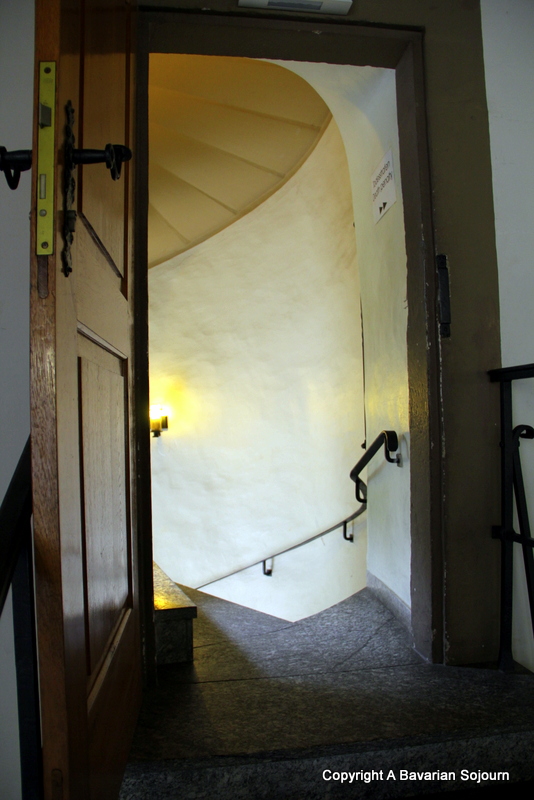