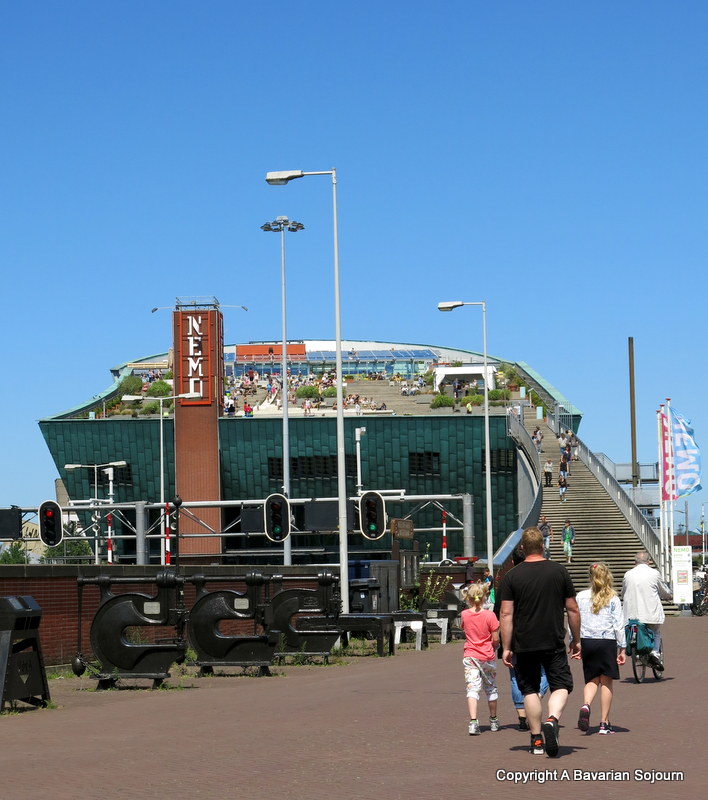 I am not living up to my “publish a post every two to three days” mantra at the moment, but not without good reason – it’s “that time” of year!  We have two weeks left at school and quite simply far too much going on.   With the news that we will be here until at least Christmas now if not a little beyond, it has also meant that I can finally begin to organise our summer properly (nothing like leaving it to the last minute, as aside from our annual pilgrimage back home we had nothing sorted until 3 days ago!) – and unlike last year’s Summer full of city breaks in Amsterdam, London, Budapest, Bratislava, and Berlin, this year we have opted for a chunk of much needed relaxation too, in a part of the world we had high on our bucket list before we leave.   More on that in a couple of weeks.

Speaking of last year’s city breaks, excuse my well documented OCD tendencies, but I have yet to write about Amsterdam’s Nemo Science Center.    We are a little obsessed with the science museums of the world, and spent a large chunk of our time in Copenhagen’s (excellent) Experimentarium when we lived there, and usually like to make sure we visit a science museum or two on our travels a little further afield.  So of course, whilst in Amsterdam, Nemo was firmly at the top of our list… 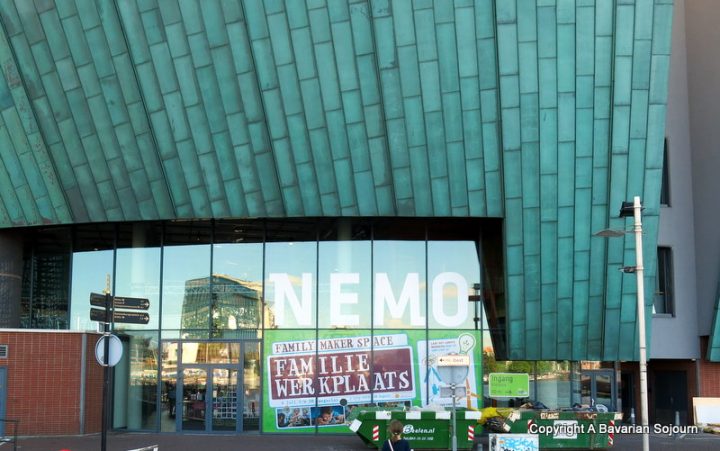 Firstly, a word of warning.    Nemo is not really for grown ups. There are so many reviews that say “we went here and it was full of kids spoiling everything for the adults” – that’s because, quite simply, it’s not for adults.   If you are thinking about setting foot through Nemo’s doors without a small person in tow, please bear this in mind.   If you have no small people of your own, borrow them – become a favourite surrogate aunt or uncle to your friend’s children as this is the kind of place that makes for a great day out IF you are with kids.   Secondly, I am not sure I would head to Nemo on a rainy day, I have visions of it getting far too overcrowded.  I would also recommend getting there super early to enjoy the exhibits before the hoards arrive. 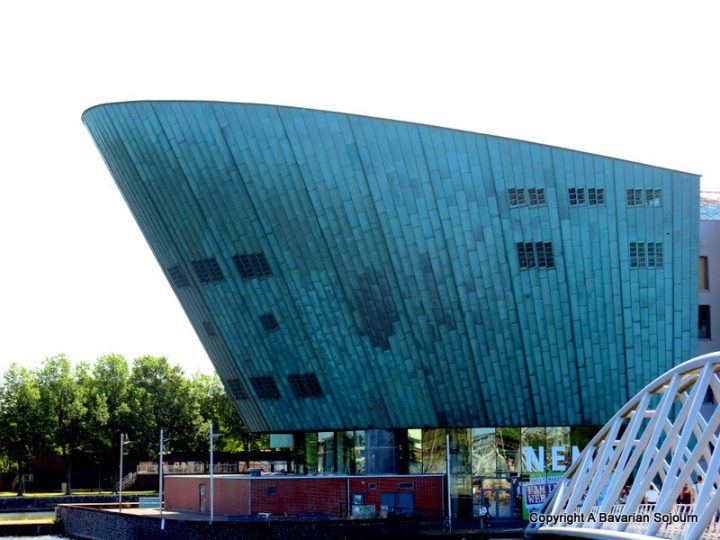 Look across Amsterdam’s waterfront and you cannot miss this place.   Nemo’s iconic building is something of an architecture lover’s dream – and with its fabulous (and free roof garden) you could always pay your baby sitter to take your children inside whilst you sunbathe on the roof of the very building they are exploring – if science museums are not your thing – you can’t say that’s not a good plan? 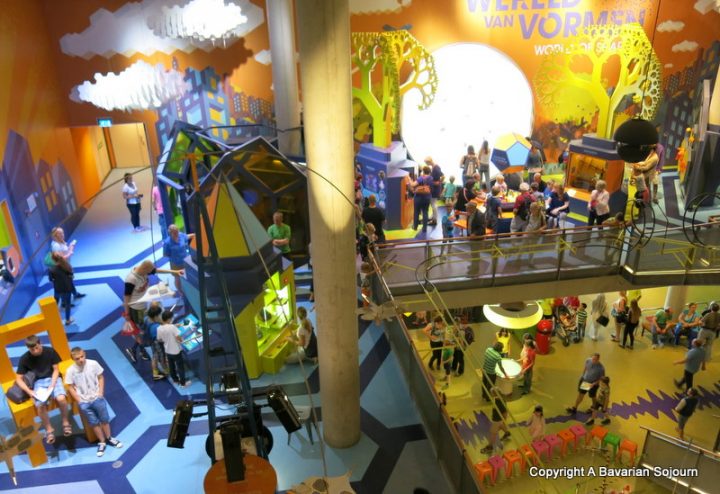 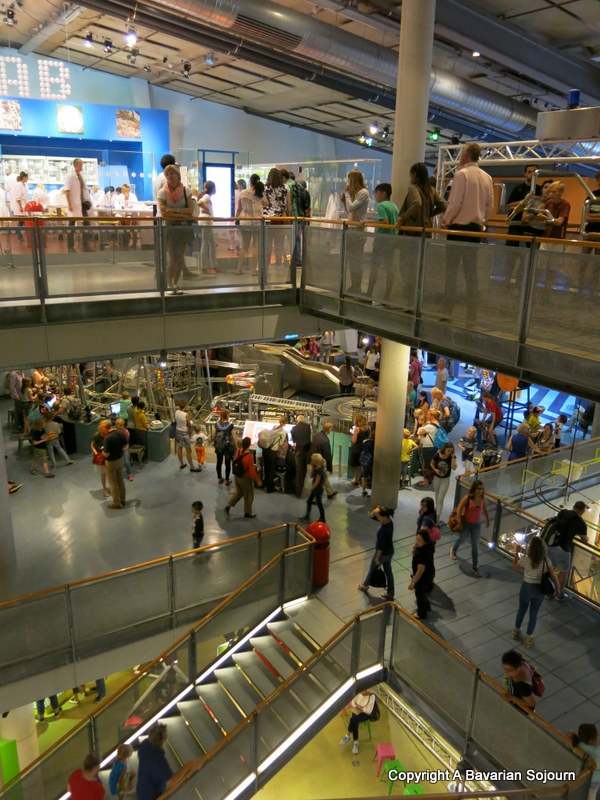 Spread over several floors, there’s definitely something for every science enthusiast.  For the biology fans – seek out the DNA exhibit on the ground floor, near this is an almost hidden section full of jars containing various things that might not be suitable for the smallest guests, but is absolutely fascinating to those in the 10+ category. 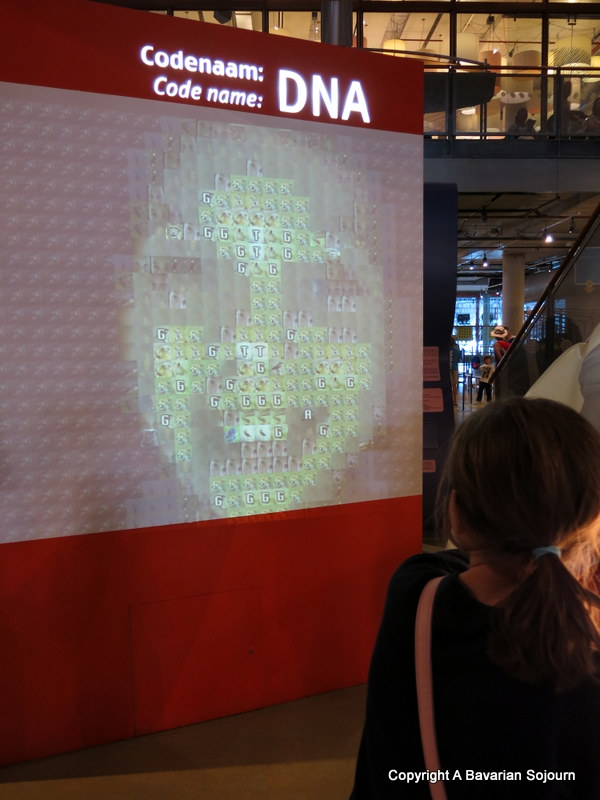 Future engineers can indulge in various challenges across the site, including those involving light and sound;  and those interested in chemistry can experiment away in real laboratories complete with everything from white lab coats, serious experiments, and over enthusiastic fathers.   I was hoping we might even see Beaker from The Muppets in here, but sadly not. 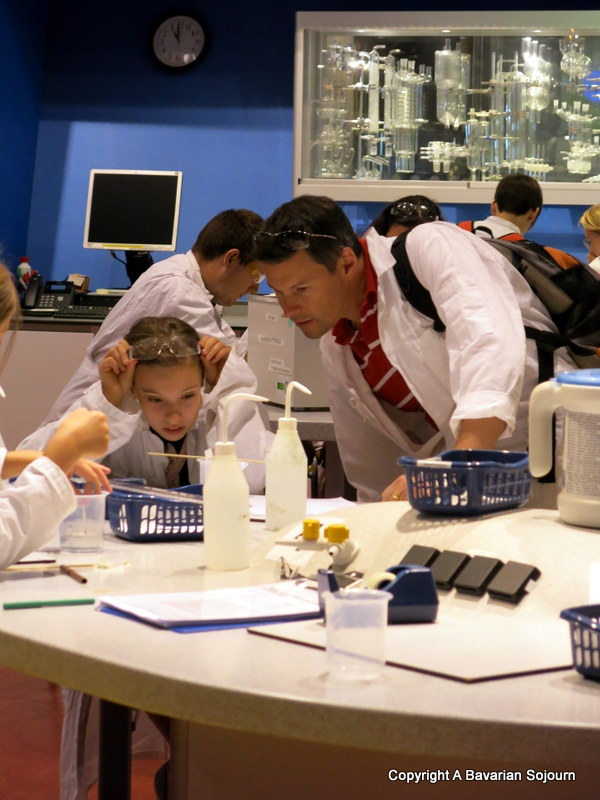 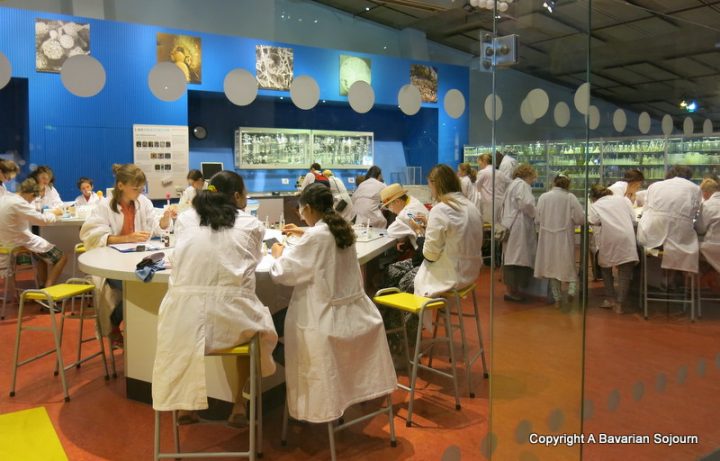 And whilst the experimenters were busy, Small Boy and I ventured to further floors, incorporating some time spent exploring the mysterious world of shadows – made quite amusing by the fact that I was 6 months pregnant at the time.      Then the beached whale (me) took some well deserved time out on the top floors to admire the view across this amazing city, whilst listening to an over excited small boy rant on about the axis of rotation… 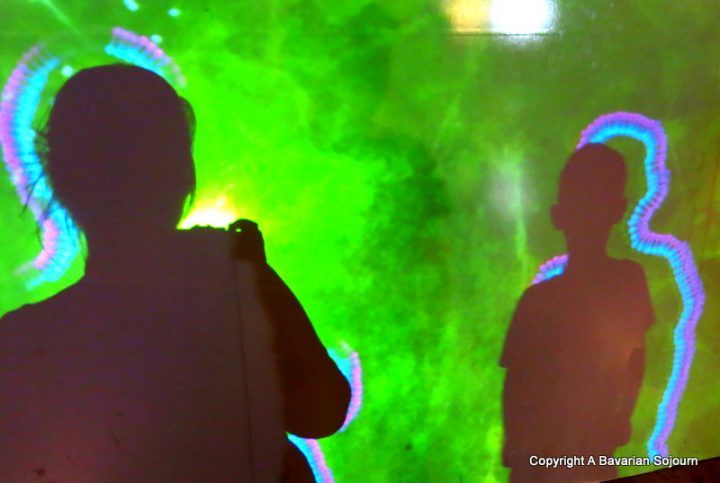 I know people complain about the price of this place (which by the way is free with the various cards listed below), and whilst I agree it’s not cheap, it works out about the same price as taking your family to the cinema.  So, unless you happen to be watching a film about science, I know which experience everyone will come away from having learned something… 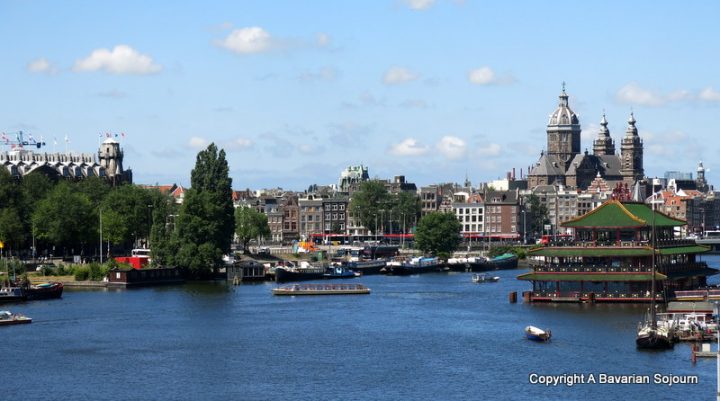 Don’t miss the live shows run by the Museum’s enthusiastic technicians.   They do get busy however, so encourage small people to take a seat at the front whilst you take some time out for a well deserved coffee (and a secret cake!) at the back… 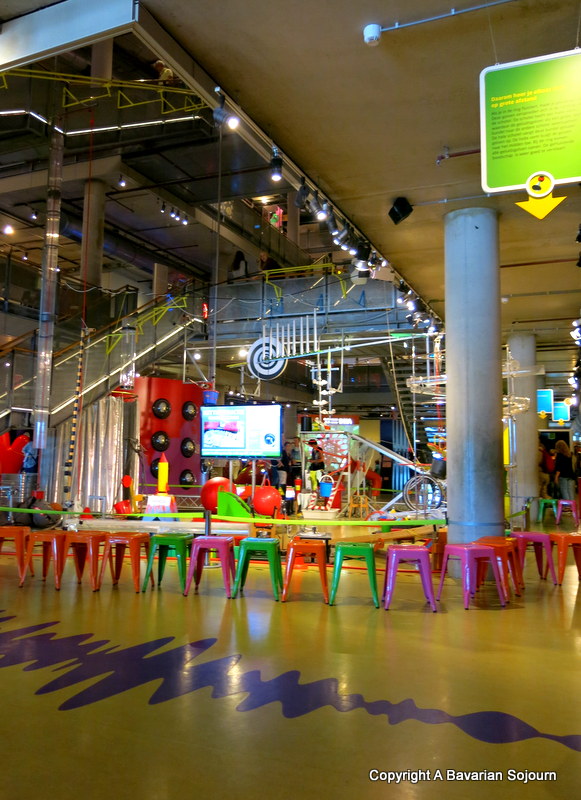 All in all a good morning or afternoon out.   I would say day, but I don’t really feel it has quite enough going on to keep you occupied for an entire day compared to the other big world Science Museums out there.  However, what it does have going on is seriously enjoyable for children – and anything that encourages them in the sciences has to be a good thing right?   I mean, someone has to invent that flying mobility scooter I want for when I am 135! 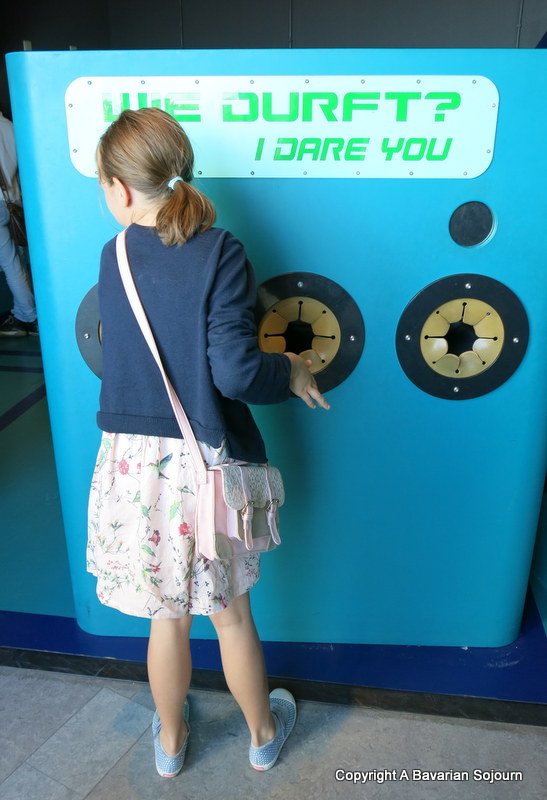 PS. Don’t miss the fantastic old ships behind museum, if indeed they float your boat!… 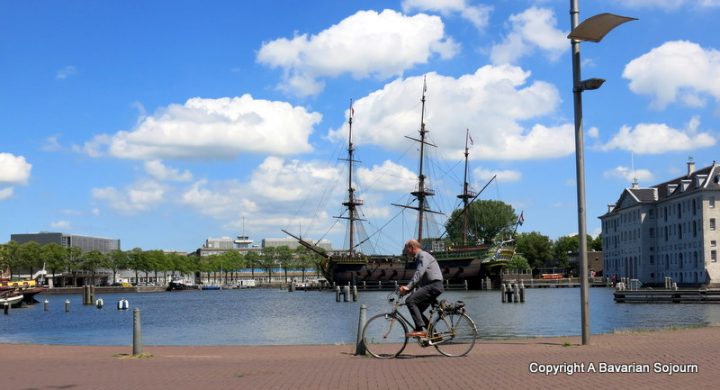