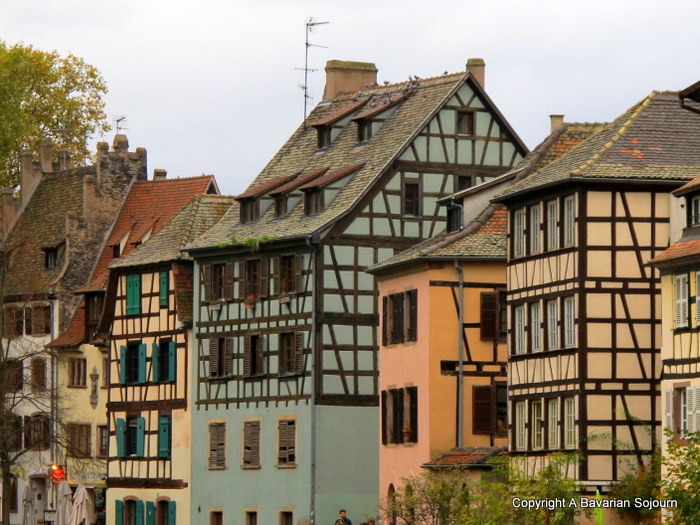 Ok, so I will admit that Strasbourg and I didn’t exactly start off on the right foot.  I had woken up with a stinking cold, and my mood was not helped by someone having left my coat in Munich, and it being a shade too froid for my liking without it.   But we were in Strasbourg, and we were going to explore it.

I was perhaps a little grumpy too thanks to the constant sneezing (which could of course mean that  I was  a little more sensitive than usual) but the amount of rude people I came across  on that particular morning did not for a happy Emma make.   I will hasten to add that not all of these people were Strasbourgian (not that I am sure that’s a word) and many were in fact tourists…    I personally believe that you will not be well received anywhere by being obnoxious (whether you happen to be spending lots of cash or not), and having witnessed a few people actually go out of their way to do the exact opposite of basic manners, my mood might have been clouded a little further. 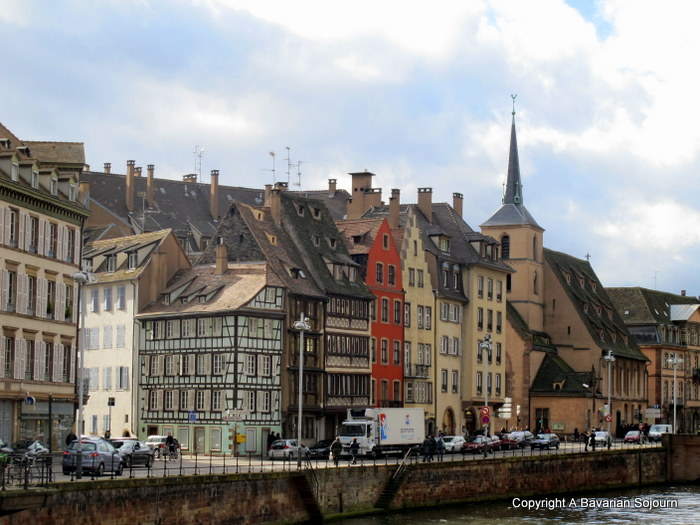 None of the above was poor old Strasbourg’s fault obviously, but something had to change significantly for me not to completely write the day (and perhaps) Strasbourg off.   But never fear Dear Reader, it did.     The lovely Mr R has known me for a very very long time, and he is a quite often a wise soul to say the least (apart from forgetting my coat!!), and at that point he suggested that we start our relationship with this particular city all over again  – after lunch.  And lunch we did, at L’Ancienne Douane.   Make sure you turn up early if you haven’t booked – we arrived at 12.00 on the dot, and very shortly after this place was packed, with a queue snaking out the door…

The Alsace is famous for its regional cheeses, quiches, amazing puddings, beautiful wines, and one of my particular favourites, the simple but delicious Tarte Flambee, otherwise known as flammekuchen…   If you haven’t come across it before, it’s not dissimilar to Pizza, but with the thinnest crust possible and without the tomato or mozzarella.  Instead it’s topped with creme fraiche, onions and plenty of bacon.  And this, together with the warm welcome from our motherly waitress, was like a big hug to make up for my bad morning.

And to completely make amends, the puddings were pretty good too.    I had chosen another regional speciality,  the kugelhof – whose little domed baking tins can be found all over the city. 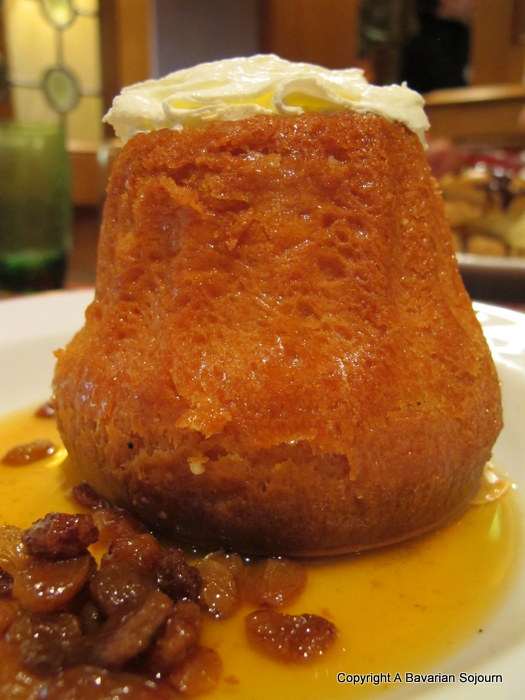 I am not sure if my temporary “Mum” felt the following obligatory for remedial purposes (or Mr R had perhaps instructed her to do so), but the amount of rum she had doused this particularly fine dessert in was quite extreme.   Let’s just say that for the rest of the afternoon, everything took on a particularly rosy glow, including Strasbourg.    Rather shamefully we didn’t go near the rather impressive cathedral on this occasion, but spent the afternoon instead wandering the winding streets of Petit France, admiring the ancient scenery and the storks.    And the sun even came out! 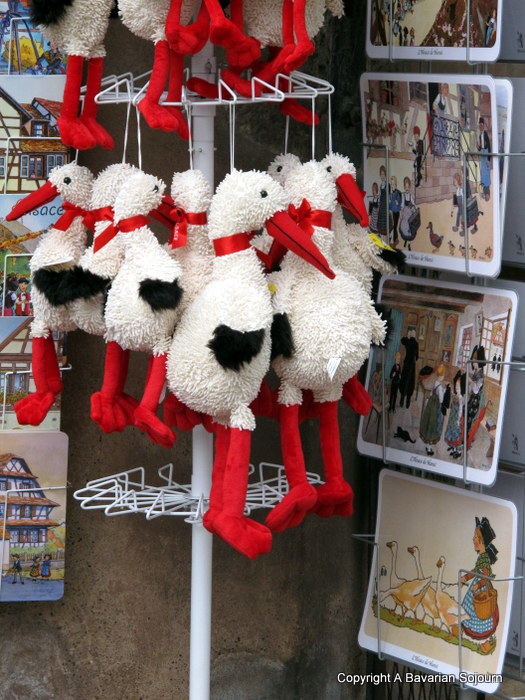 And, as if to say “come on, it wasn’t that bad – you quite enjoyed Strasbourg in the end” – this smiley face bade us farewell as we departed.  It not only made me laugh,  I might just have agreed… 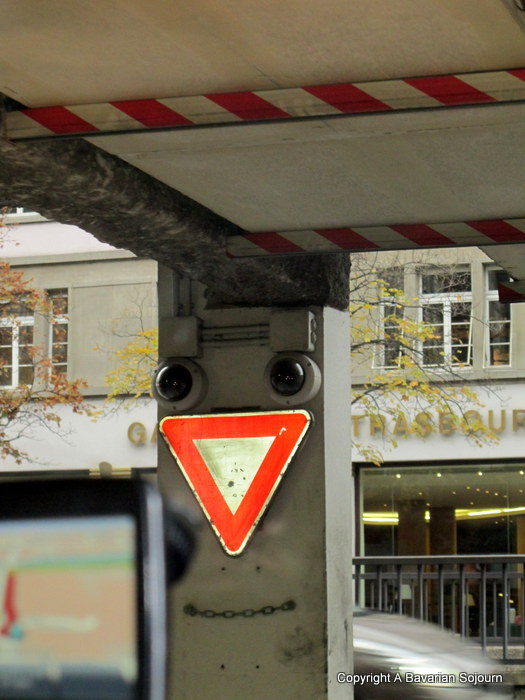