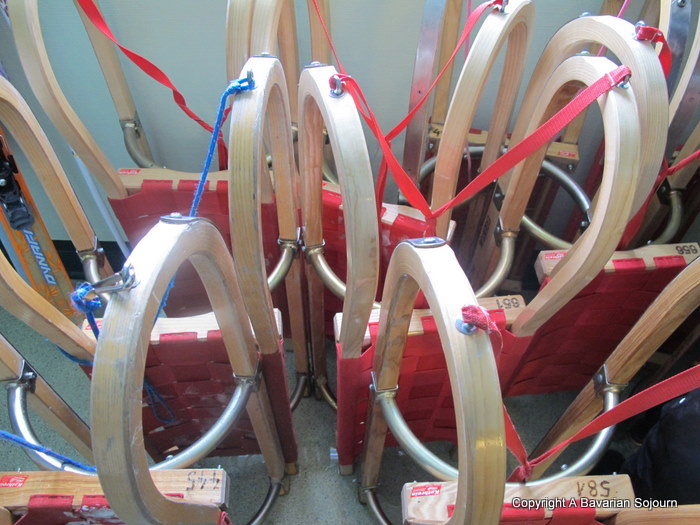 I told you it wouldn’t be long before we were up some mountain again…  I had thought we were just going for a drive on Saturday to the mountain region, to further investigate the best places to take The Small People for their first ski experience.    How we ended up in a cable-car trundling up a mountain, with two sledges wedged in for company I have no idea!   I guess I should have known it would happen, when it  comes to my beloved and the white stuff, he’s like a butcher’s dog guarding a steak, he just cannot leave it alone.

The cable-car spat us out at the very top, and we joined the throng of fellow crazy people who were going to attempt to sledge the 6.5km all the way back down again (something this mountain is quite famous for I have since discovered)!  On leaving the cable-car station, we discovered that the weather had somewhat taken a turn for the worse, and you could barely see your hands in front of your face.  I believe this is technically known as  a “white-out”…

I do love mountains (usually from the bottom), and in normal weather conditions, the walk along the snowy ridge at the top (to get to the start of the sledge run) wouldn’t have bothered me that much (OK it might have done), but I would have done it, and would also have been rewarded with being able to photograph the beautiful chapel that stands there.    This is what the beautiful little chapel looked like on the day we visited.  You can see it can’t you??

With the raging blizzard attempting to gouge out our eyes, and visibility so bad anyway that you couldn’t actually see the sides of the path clearly, it didn’t take long for even my snow-fiend of a husband to admit defeat – which I have to admit, I was secretly very happy about(!).   He later admitted that with those treacherous conditions, he hadn’t wanted to put the children off any future mountain trips, but confidently stated that had it just been us, we would have gone ahead.  He was obviously suffering from snow-madness at that point! 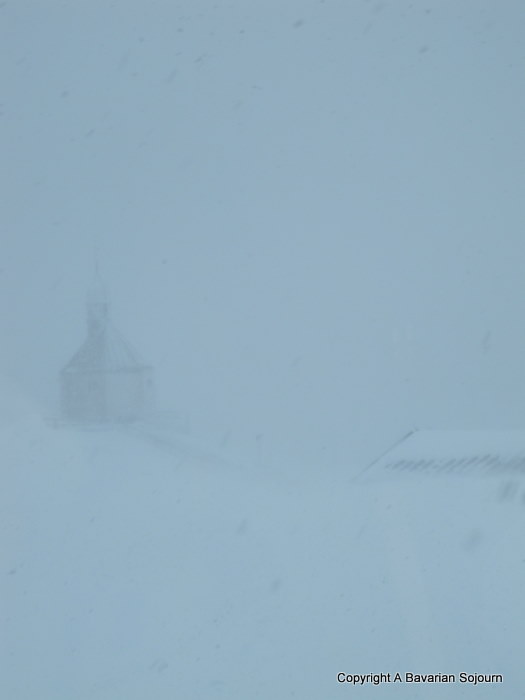 Instead we took the sensible option of a restorative glühwein, and an early lunch at the very nice (and dry and warm) panoramic restaurant just by the cable-car station.  I don’t think the Small People were that disappointed actually.  In fact, I think they thought that we had only gone up there for a strangely short sledge ride, and the heiße chocolade and chips was in fact the main reason for our visit (thankfully)! 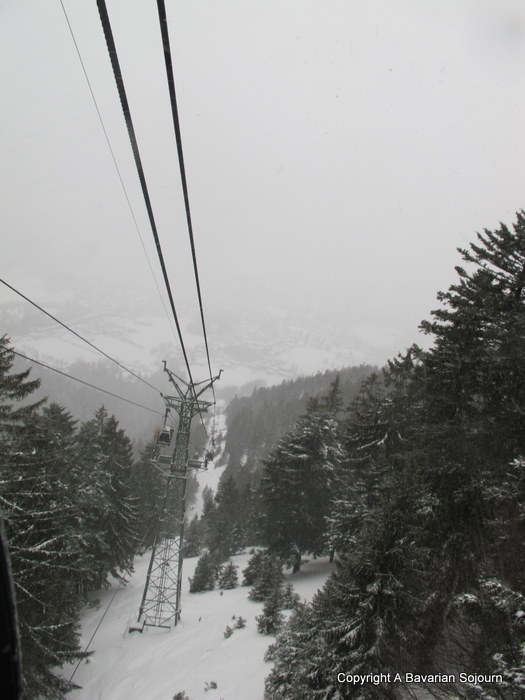 Afterwards we made our way back down the mountain, again by cable-car (which was by then swinging nicely in the storm!!).  You might be surprised to hear that there wasn’t a queue for the descent, every other brave (and possibly crazy) soul was taking the long way down, and the cable-car attendant seemed most surprised that we had chickened out!  But we will be back, and we will conquer this mountain.  Just with helmets, ski-goggles, and perhaps on a sunny day! 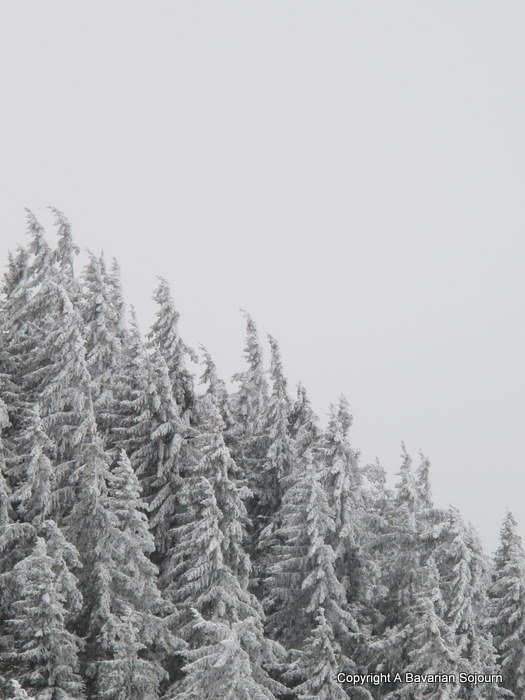 Anyway, I am secretly pleased we didn’t do it this time, as I wouldn’t have been able to appreciate (or actually see) quite as much of the beautiful scenery had we been thundering down a mountain on a sledge! 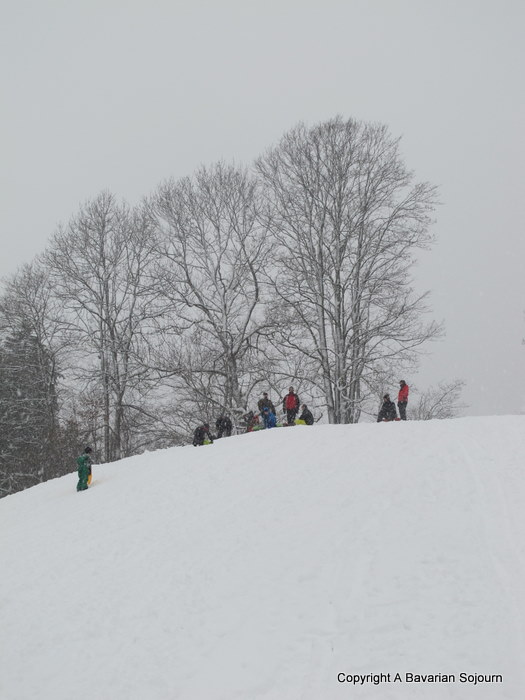 We then went up the road and spent the afternoon sledging some slightly smaller hills instead, which was just as much fun, and slightly less terrifying! 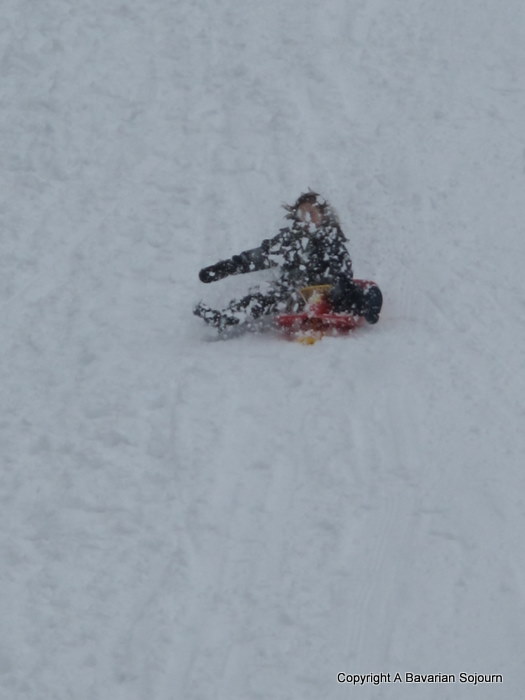