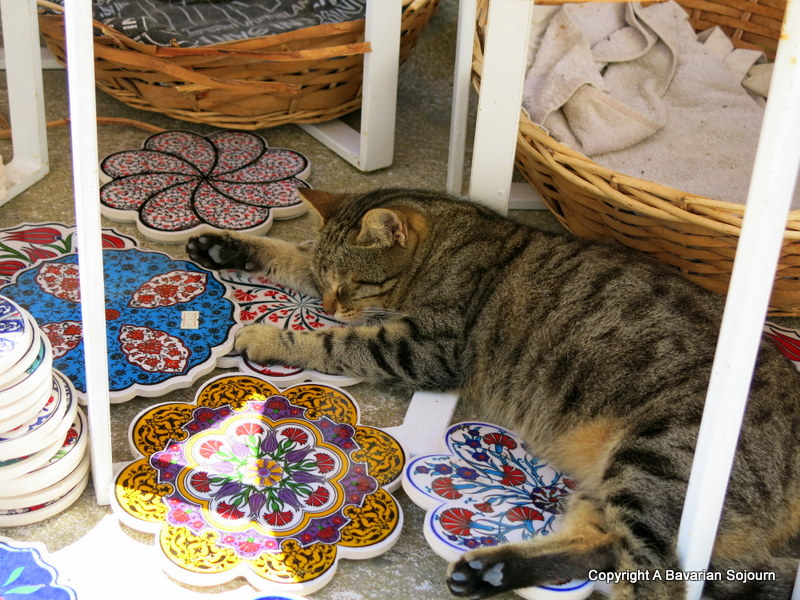 Or should that be tails?

On our first day in Santorini, Small Boy – who had instantly noticed the Island’s vast feline population – announced that in the past, the grand total of five people had told him how good he was at sounding like a cat (a statement followed by a long, mournful and quite authentic miaaoooow)….

When I asked who these five “incredible talent confirming” people were, he told me (in all seriousness) that they were in fact Ariadne, Ariadne, Ariadne, Ariadne, and Ariadne – a friend from school that he’s always had a soft spot for (he’s a bit of a one with the ladies!), and who had told him he was so good at this imitation that he might actually be able to speak Cat.

So during our trip, this was how he could often be found… 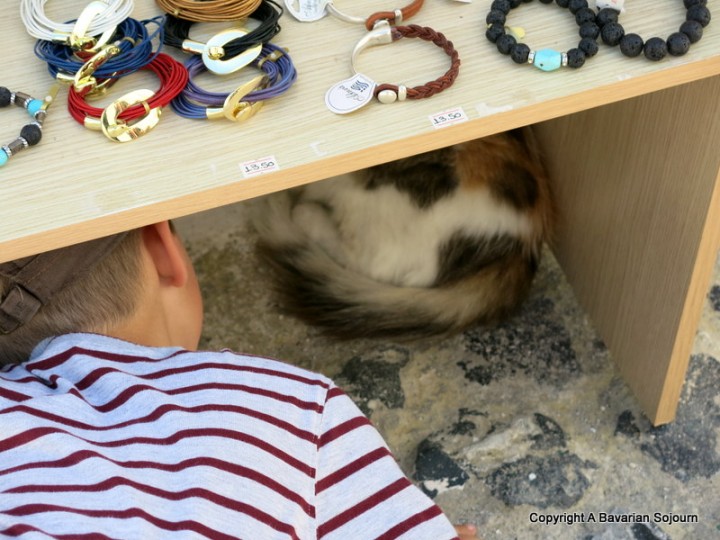 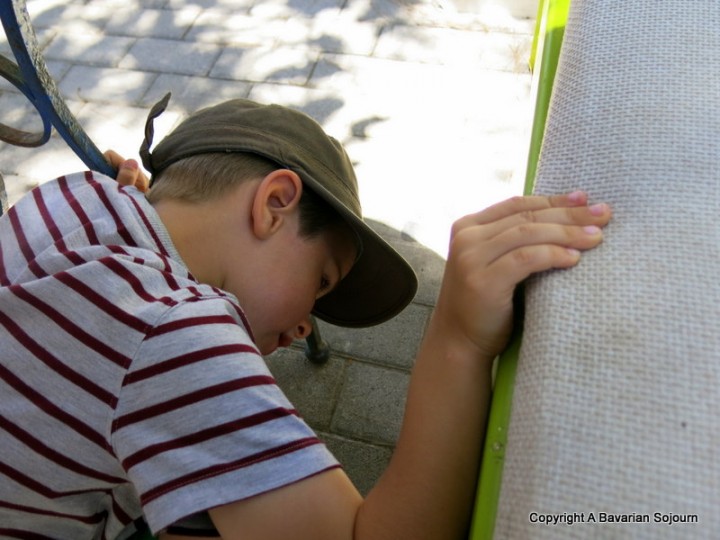 And this is who he was talking to under there… 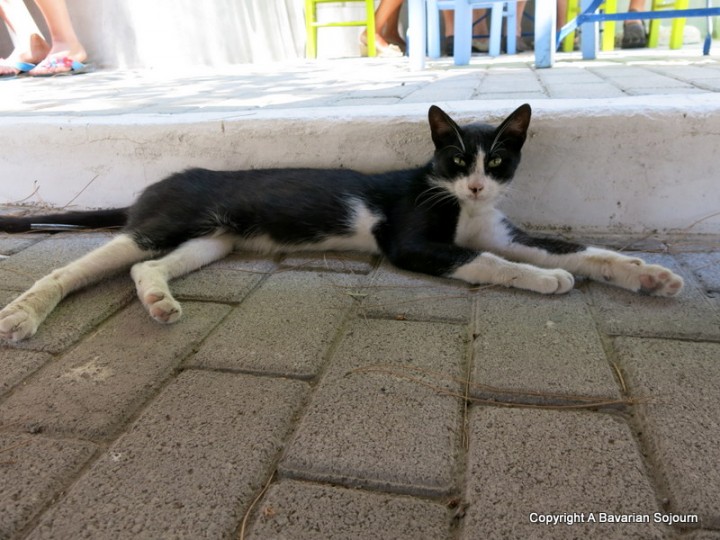 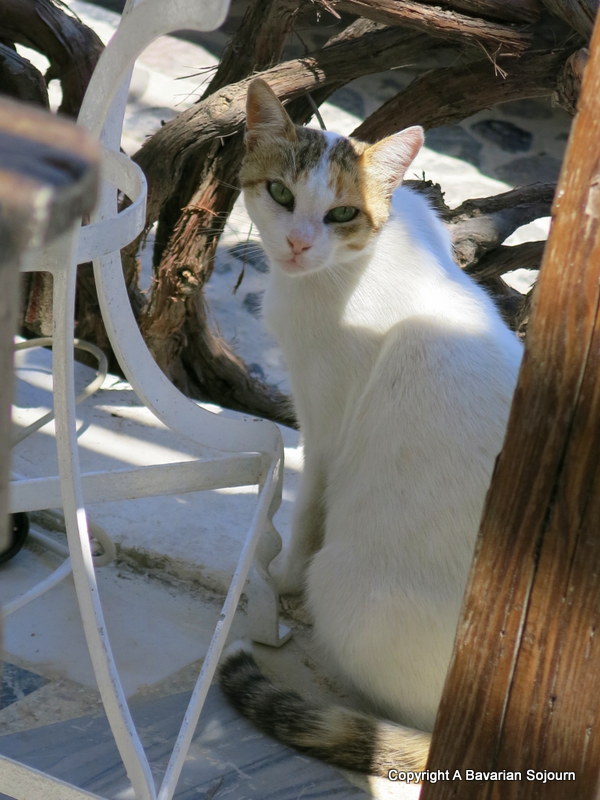 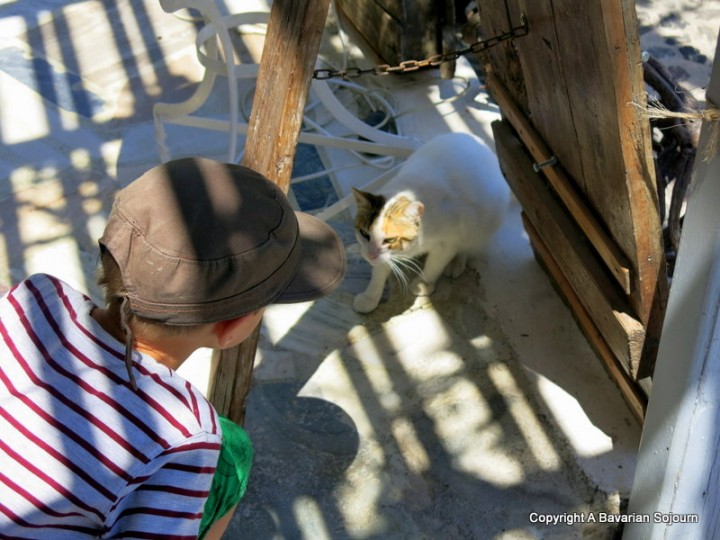 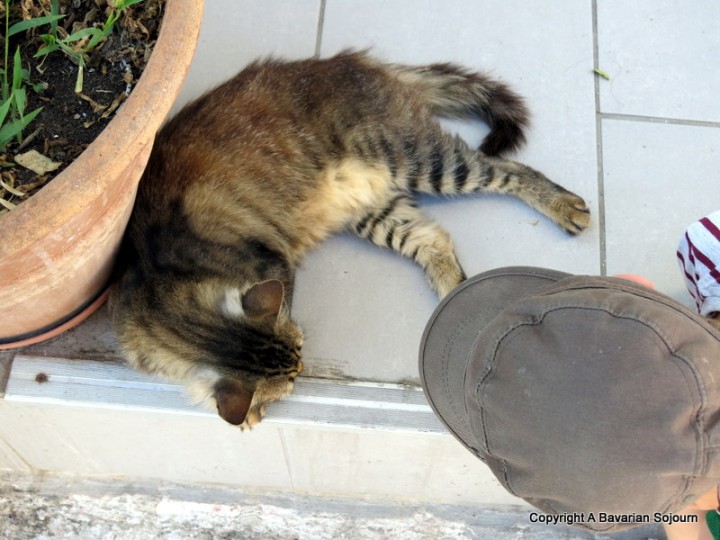 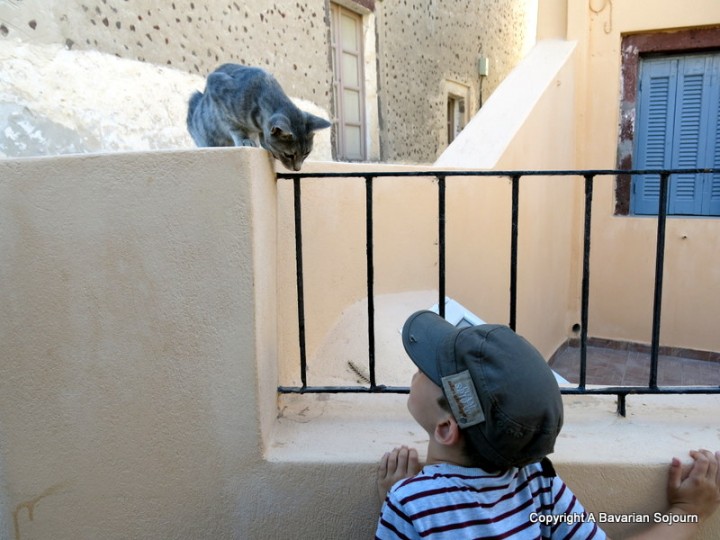 …Usually under a bench or a table, attempting to communicate with them.  He said they made more sense than his sister, and was therefore probably lucky not to get a hefty scratch from either.    Ariadne could be right – he might actually be a Cat Whisperer!

We got back last night, and I have stacks to catch up on including washing mountains, and hundreds of photos to sift through!  Will be back properly soon enough!