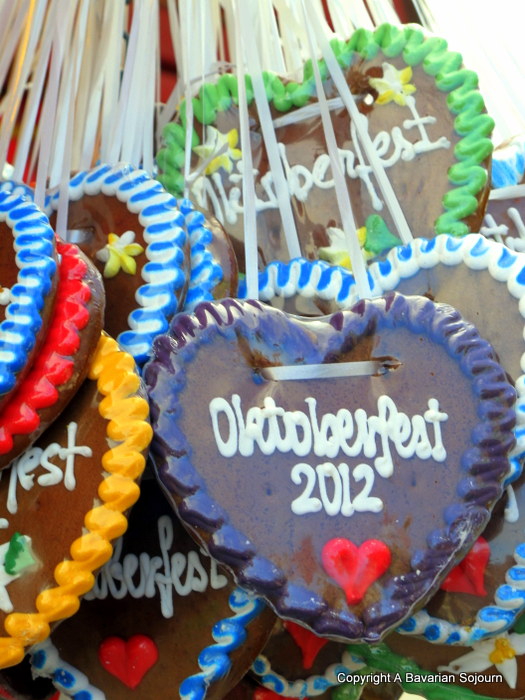 Having missed Oktoberfest by a matter of weeks last year, I was intrigued to see what all the fuss was about – so when Mr R said we had been invited to join his work’s table, I jumped at the chance.  Even if it meant that I would have to make my own way there (and try to find them all!) once the children had been safely ensconced with the babysitter.    Oh, and we had been instructed that traditional dress was mandatory too.  Not a problem –  I have a dirndl and I don’t mind wearing it, but travelling across town by myself whilst wearing it was a somewhat daunting prospect…

The evening did not start well.  The babysitter had a prior engagement, and couldn’t be picked up until 5.30, meaning that by the time I got back and sorted tea etc. for the Small People, I had barely 15 minutes to get myself ready and out the door before the taxi arrived.    Dressed, and feeling like an extra from It’s a Knock Out, I managed to navigate myself around an unfamiliar train station, and onto a train I hoped was heading in the right direction.  The taxi driver thought it would be easier for me to travel from this particular station, as there was an FC Bayern match taking place, and he didn’t want us to get stuck in traffic.   Dressed the way I was, and not relishing the thought of being stuck with a load of football fans, I felt this was a much better idea too!

I was confident I could get to Oktoberfest from the main station in any event, even if I wasn’t that familiar with this particular line.   Relieved I was on the right track, I began to relax and look forward to the evening ahead.     And then the train broke down.     All my  sitting quietly in order to blend in had to go out of the window when everyone piled off the train.  I hadn’t a clue where on earth we were, but thanks to the help of a very kind girl from Berlin, we managed to walk and find a tram together, and she then helped point me in the right direction.      By this point I was a lot later than I had hoped to be, and on entering the football-pitch sized bier tent (once I had found that – there are several), it soon became evident that I was late to the party in more ways than one.   Everyone, and I mean everyone, was up on the benches singing.   Our table (once I found it) was in the middle of a hearty sing-song (along with thousands of others) to Bon Jovi’s Final Count Down (rather bizarrely).      At this point I might have questioned whether I was in the right frame of mind to deal with the couple of hours I had left to enjoy this experience.  Especially as I hadn’t eaten, I was slightly frazzled from the journey, and locating the table had been less than easy…   But I had two choices – I could spend the rest of the evening standing about and not enjoying myself, or I could join our group up on the benches, and get stuck in.    It didn’t take long to decide which option was best, and seconds later I was hauled up to join the swaying throng (none of whom – apart from Mr R I had met before!), and all balanced on incredibly wobbly bier-table benches.  How they don’t all topple over like a stack of dominos, I will never know!   I can honestly say, that even though I wasn’t ever going to catch up with the rest of them in the bier drinking department (and I was grateful not to  suffer the hangover the next day), this was one of those experiences I will never forget.  It was like being at a fantastic party with the most incredible atmosphere, but not knowing a soul – and that not actually being a problem!

I have been back to Oktoberfest since, and I have plenty of pictures to show you, but I will save those for another post.   Prost!