Southern Germany’s Romantic Road (although I fail to see what’s romantic about it when you are travelling with children!) stretches 261 miles from Fussen to Wurzburg (or vice versa depending on which way you go!), and includes some famous beauties such as Neuschwanstein along the way (when I last saw that it was covered in scaffolding and not looking all that legendary – and then we had to rescue my Mother from a “ravine”!  I hear the scaffolding’s gone now however, so we need to revisit!), as well as Schongau, Augsberg, and Landsberg (amongst many other places)…

Scour any guide-book on the route and you will find pages littered with adjectives such as “beautiful”, “stunning”, and “fairytale” which in particular gets bandied about a fair bit.    For a place to be considered fairytale in my book, it must actually look like it comes from the pages of a Brothers Grimm or a Hans Christian Andersen tome, it shouldn’t be used if a place is just a little bit old and has a few gift shops…  But, this place is exactly how “fairytale” should be depicted (despite there not being any real fairies in evidence) –  it’s a word I think Rothenburg Ob Der Tauber might want to consider copyrighting. 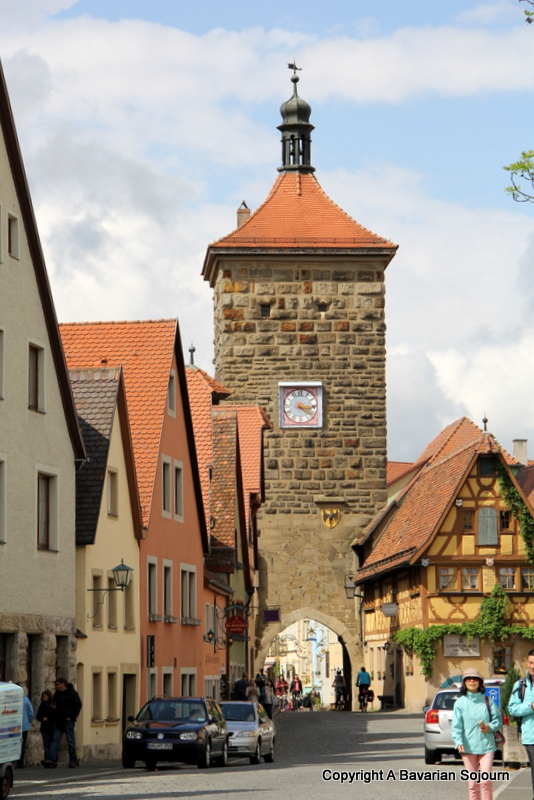 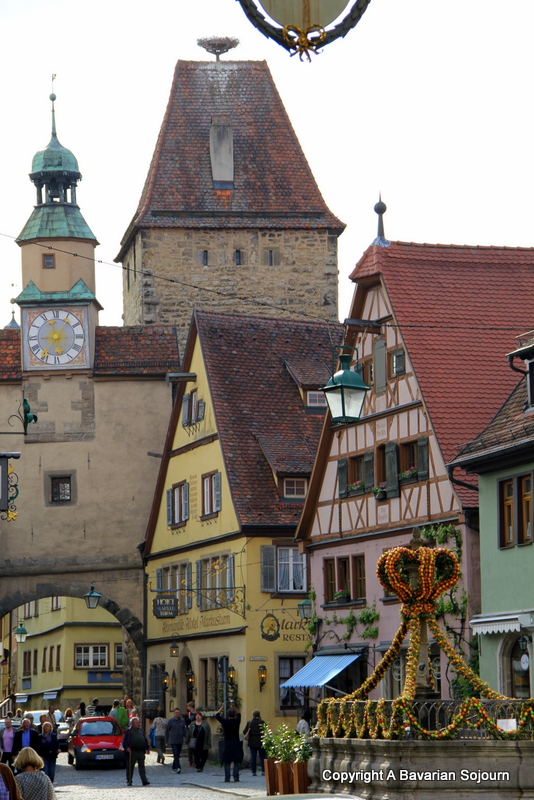 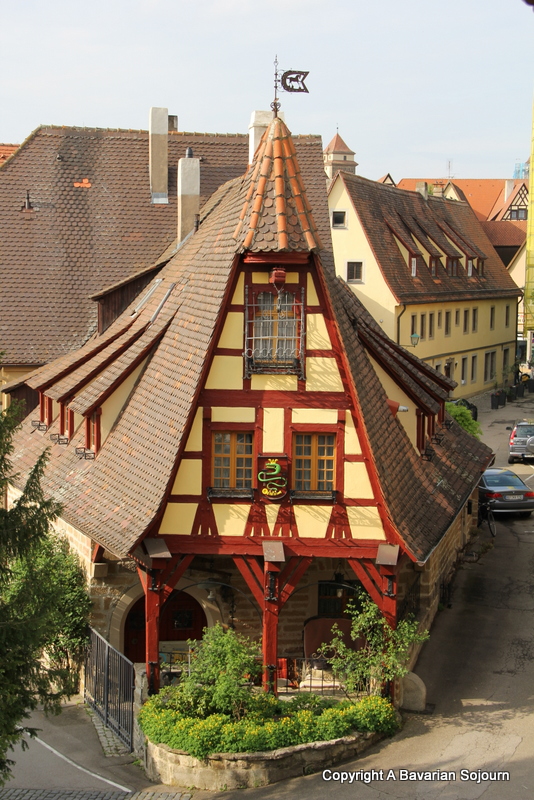 This medieval town was once a stopping point on an important trade route, and its impressive walls are still the largest in Germany. Some say the name means “Red Fort above the (River) Tauber”, although there are others that say that the name comes from the masses of red roofs in the town…       Thanks to the nifty restoration work, visitors can walk the length of the wall and admire them for themselves –  at just over a mile and half long, it will afford you some pretty fabulous views! 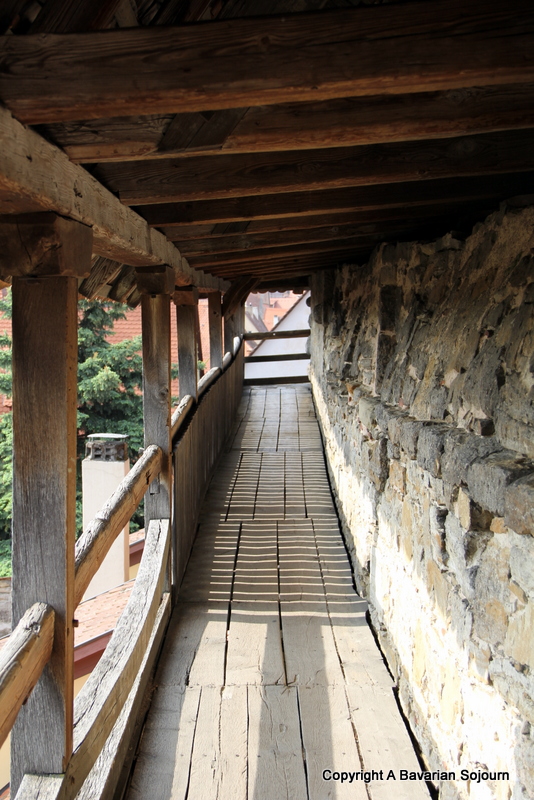 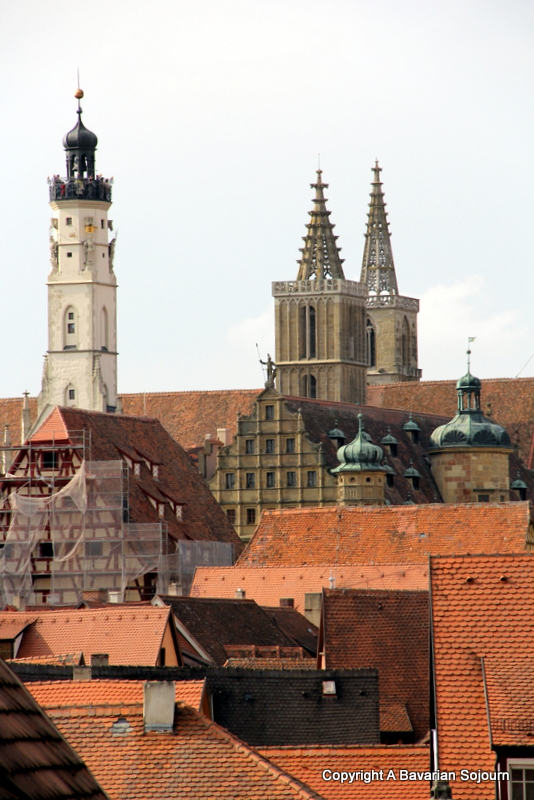 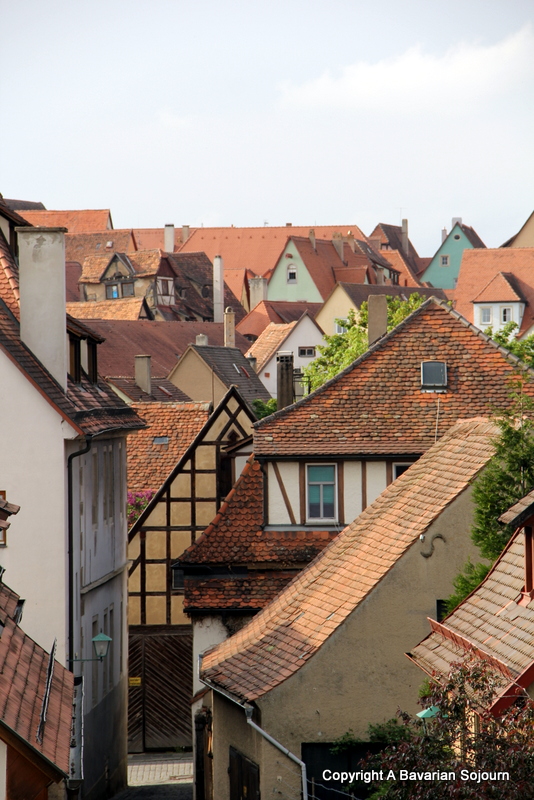 Our drive there lured us through a main gate, then promptly spat us out on to a tiny cobbled street crowded with tourists (more on them in a minute).  This had us panicking that we had taken a wrong turn (which wouldn’t be unusual) and were now driving up a one way street.    If this happens to you, please don’t panic, it’s not one way – and there aren’t that many cars on these old cobbled streets anyway – most visitors to Rothenburg arrive by coach – this place is popular for its romantic road status,  and for featuring in a good few films – Harry Potter, Brothers Grimm (see told you!) and that all time classic Chitty Chitty Bang Bang, to name but a few.  If you are wondering why there’s an abundance of Japanese shops and signs here, it was also the setting for a popular Japanese animation – “Sugar – A Little Snow Fairy” by the way!     You mustn’t let all this talk of hoards of tourists put you off visiting however, for that would be a real shame!  Despite the high numbers of visitors during the day, hardly any of them stay the night, so come 6/7 o’clock you will have the entire place to yourself, which feels like a real treat and also makes it a Photographer’s dream! 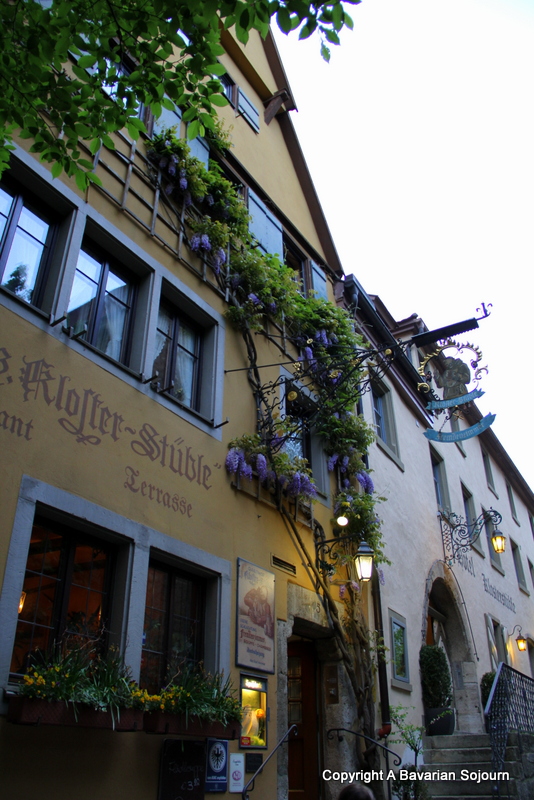 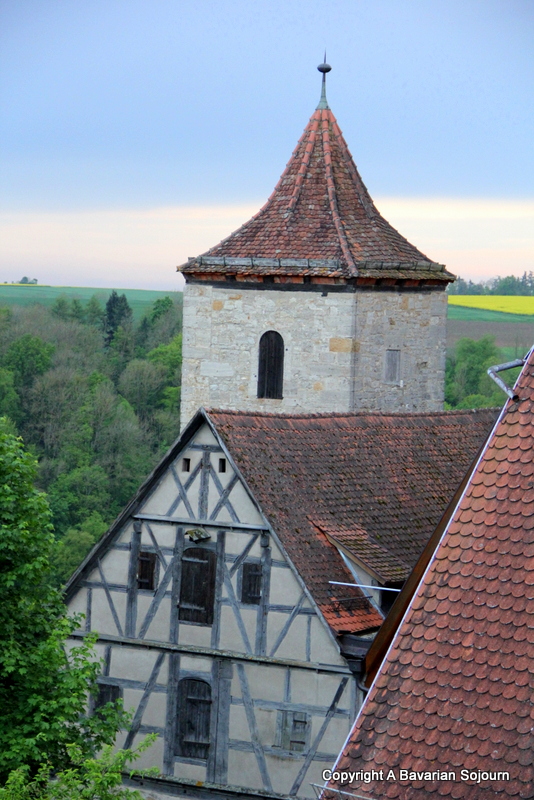 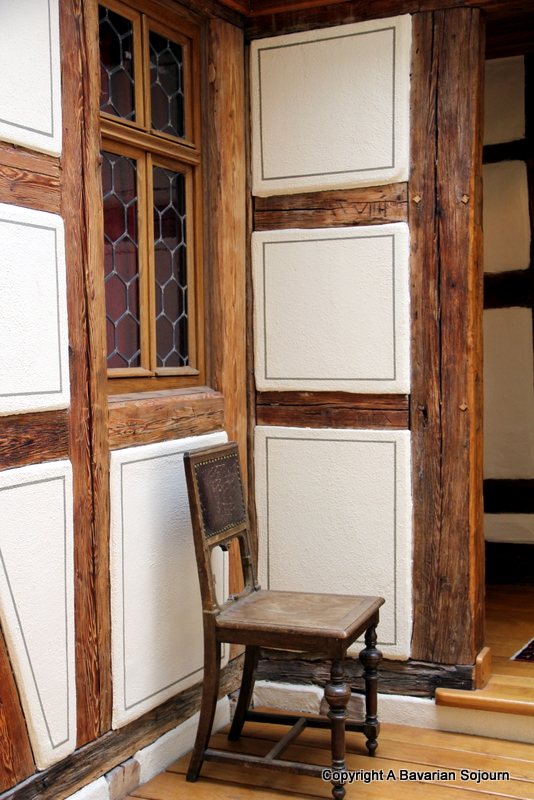 We stayed a few minutes walk from the main square in the Hotel Klosterstuebel (circa 1534!).    The staff helped Mr R find a parking space after our traumatic drive in, and showed us up to our very lovely light and spacious family room.  I would give this place top points for the views alone (all medieval turrets and roofs on one side, and rolling hills on the other), but even if  it didn’t have those, it would have been given full marks for the comfortable room and gorgeous new bathroom, the great staff and delectable breakfasts (which are a bargain at €7.50 per person – I reckon Small boy ate at least 8 times that each morning!) and the near enough perfect location… 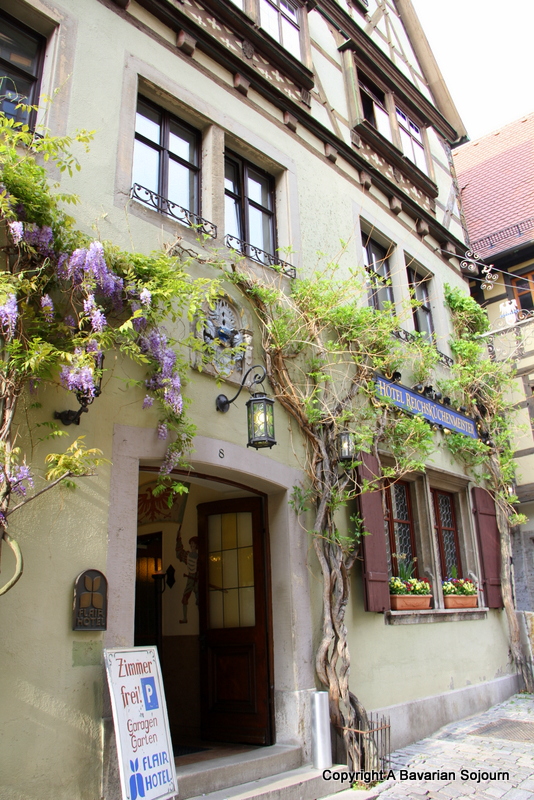 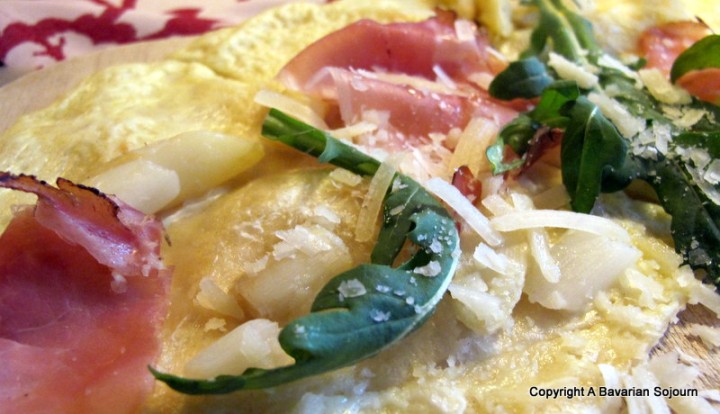 Bags dumped, we set out to explore what we could before it got dark.    Somehow we ended up walking the entire length of the city wall, so we definitely earned dinner that evening at the Reichkuechenmeister Hotel.      This area is real wine country, and the Hotel’s restaurant serves a great selection alongside its huge seasonal menu.   The name has remained the same for 800 years and means Master Chefs of the Empire (no pressure there then!), and indeed we dined like royalty on huge boards of Asparagus Flammkuchen (it’s spargel season in this part of the world at the moment) before making our way back for a really peaceful nights sleep.  Our first impressions of Rothenburg Ob der Tauber were already incredibly favourable… 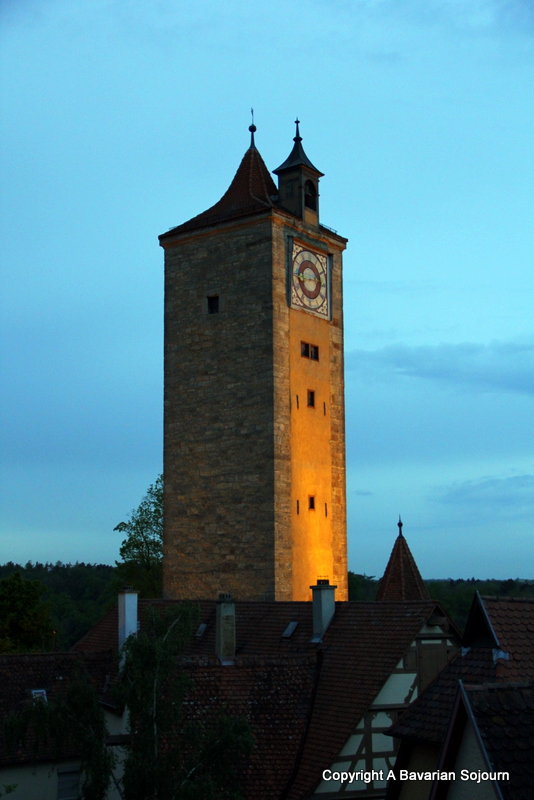