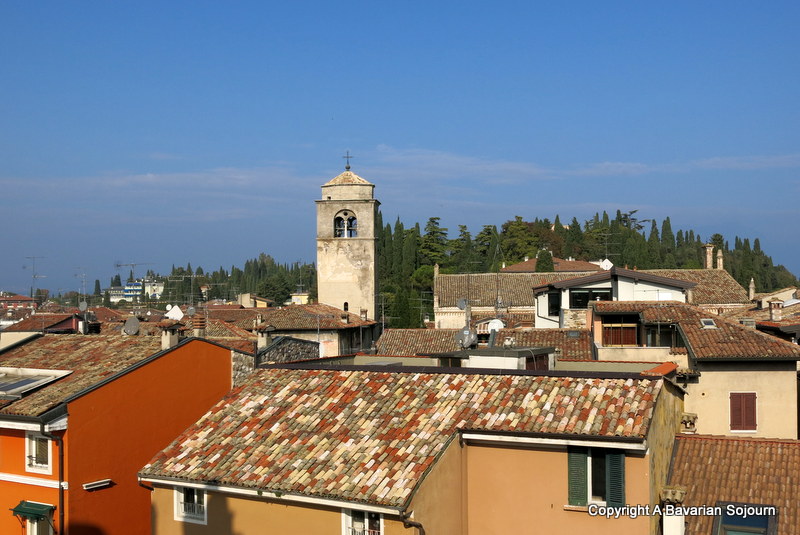 A few days unplanned blog hiatus thanks to typical January germs, medical appointments, and joy of joys, snow.    The kind of stuff that adds an extra 40 snow shovelling minutes to each morning (how I miss the snow blower thing we had in Denmark), as well as making the usual drive into work a mildly white-knuckle one.  And each day I sit and watch it half disappear as the temperature rises, knowing full well that it will be back again the following morning, when we can start the whole thing again…   Exhausting!

Unsurprisingly, this combination of things has me harking back to sunnier climes, warmer times, and somewhere I haven’t actually told you about yet (if you haven’t guessed from the title) – Sirmione… 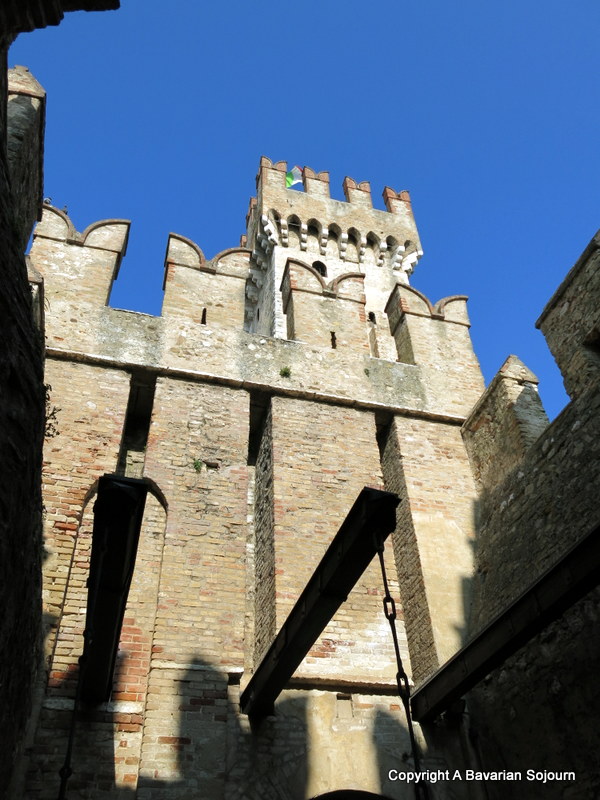 Right at the bottom of Lake Garda, it was THE wealthy Roman holiday destination by all accounts, and a couple of thousand years later, it’s still massively popular, although nowadays mostly with day-trippers from Verona coached in to wander its compact cobbled streets, and closely inspect the 12th century Rocca Scaligera (the Castle that dominates Sirmione’s skyline, and the cover of many a Lake Garda Guide book). 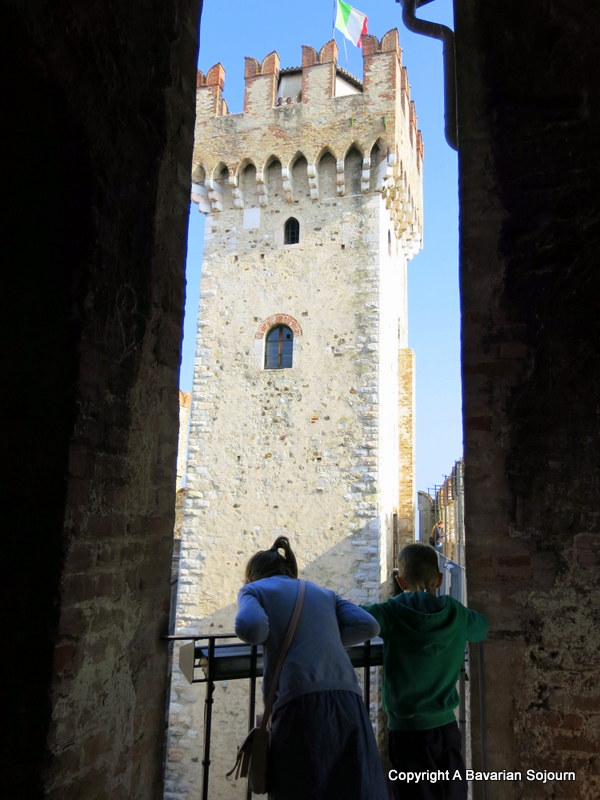 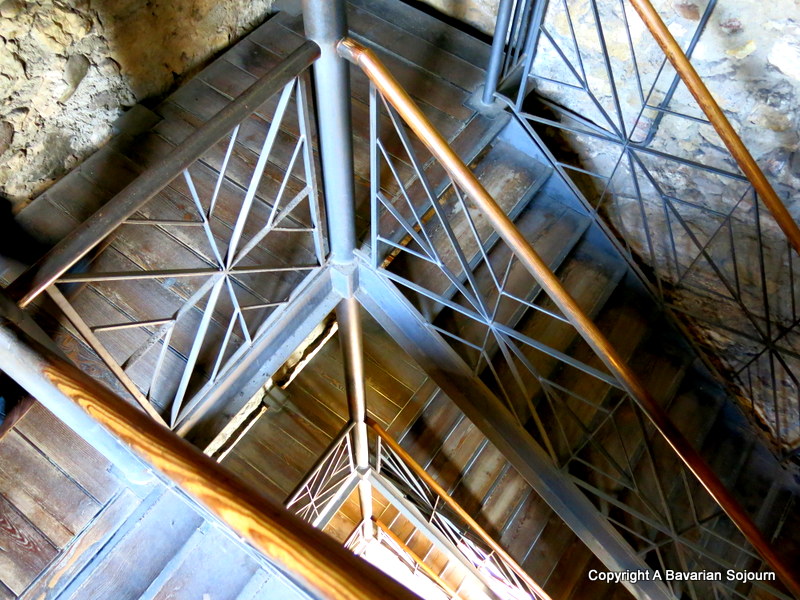 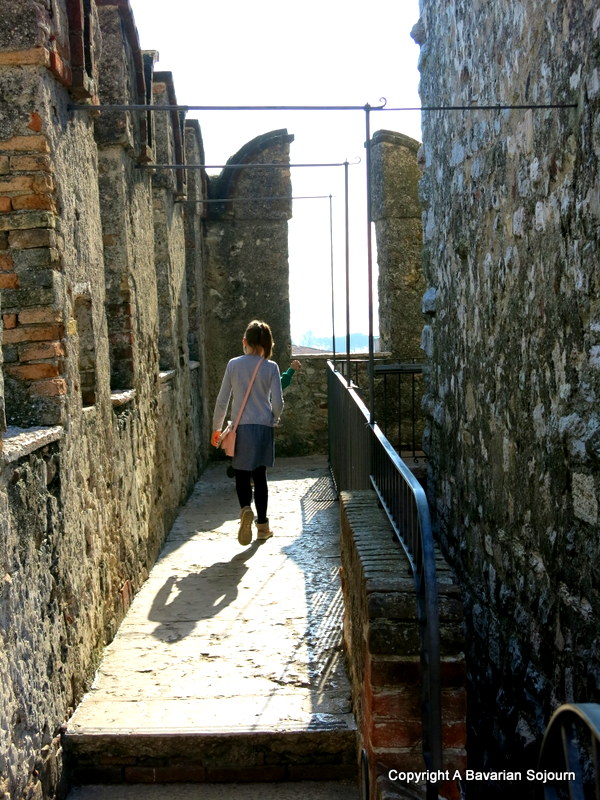 It’s not huge, and I don’t think that many people actually stay there, so to enjoy it for yourself I would suggest you arrive early, inspect the castle whilst it’s still reasonably emptyi-ish (spending time to take in the tapering views of Sirmione itself from the very top)… 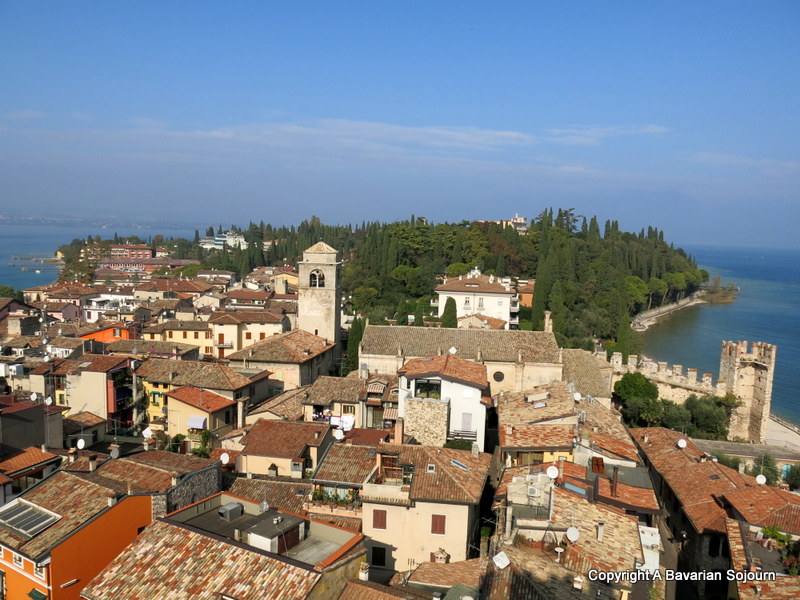 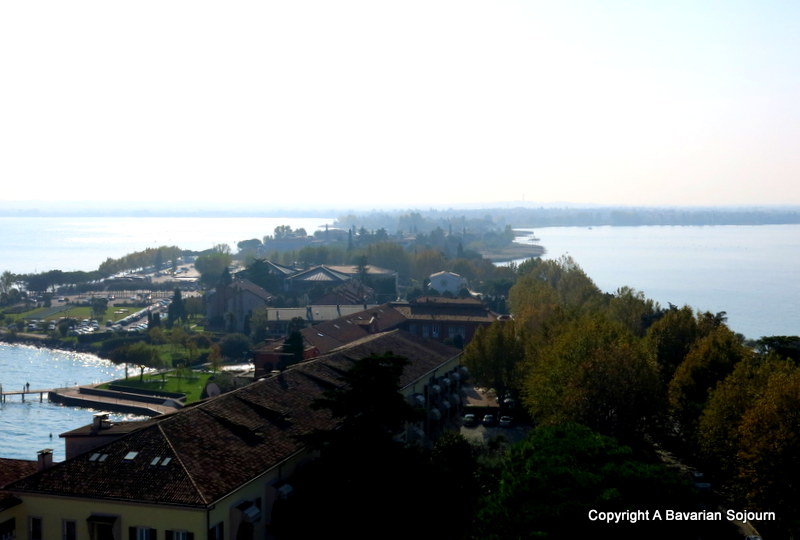 Follow that with a trip out on to the lake in one of the many nearby vast polished beautiful boats to enjoy the vista.  Come back, find a shady spot to while away an hour or two, or if you’re in need of some real relaxation pay a visit to the Thermal Baths, followed by a cheeky Aperol somewhere perhaps?   Then once the clouds of dust from the departing coaches have settled, wander back in to town and enjoy a quieter dinner at one of the countless restaurants (it’s also well known for gelato!) 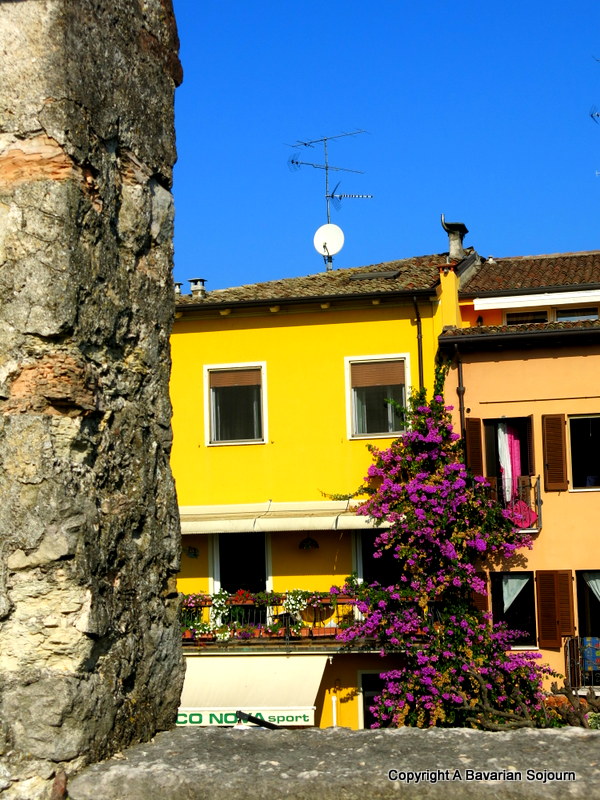 Sadly, we didn’t make it to the Catullus Grotto that Sirmione is equally famous for, but I think our friends did.   Get a few days off in this part of the world, and inevitably you find out on a much later date that you were somewhere at the same time as someone else!   Of course they could just not be telling us that they are going! 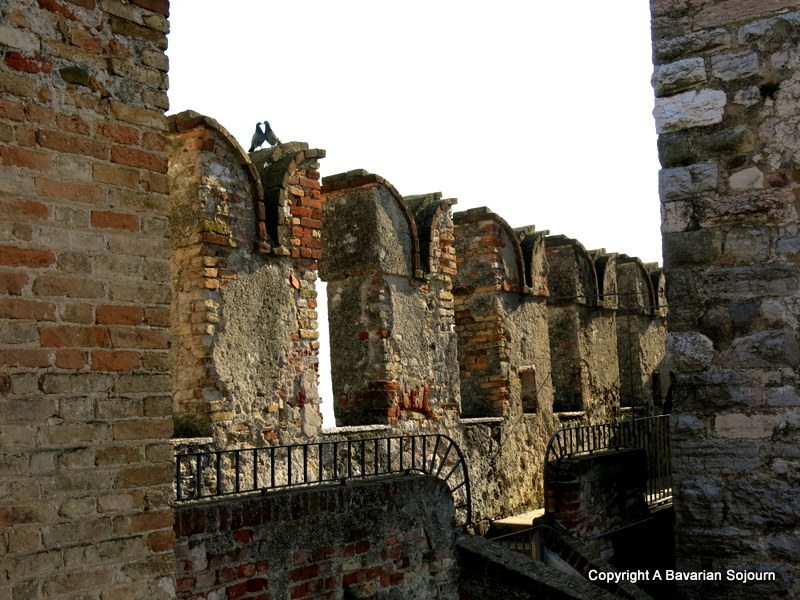 Back on track next week hopefully!

Today is already a better day. The rain seems to