A post originally written (but slightly amended) for the very fantastic Science Sparks.  Not only did I want to give it a home on here too (with a few more select photographs), but think of it as a “filler in” if you will as I get over the shock of being back at work full time these past few days… 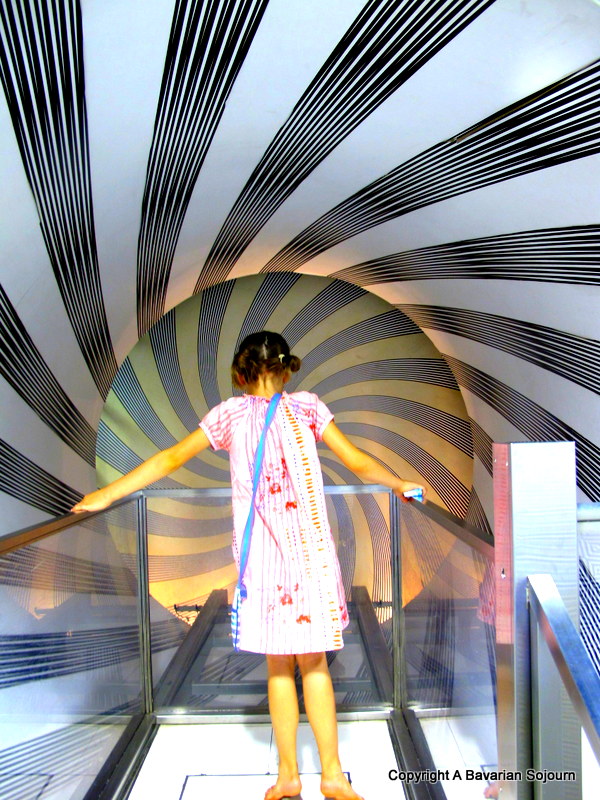 Alice in Wonderland?  Not quite, but pretty close!   Alice in the Illusion Department of Tokyo Science Museum in fact – except she’s not actually called Alice… 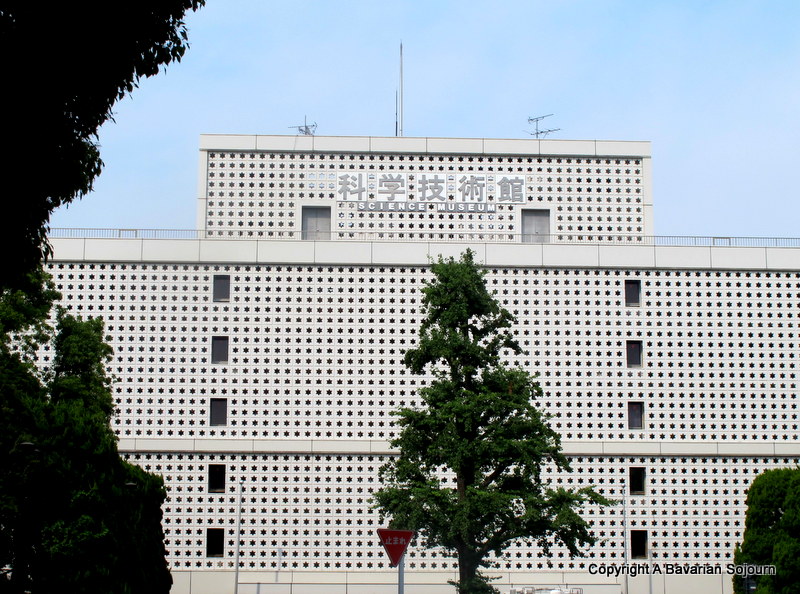 “Tokyo Science Museum“…  That very phrase raises high expectations, for in the original land of Robots, you imagine something spectacular before you go inside, and believe me, by the time you leave, you will not be disappointed!

A short walk from Takebashi Station, this fabulous museum is set on the edge of beautiful parkland.  And unbelievably on that particular day, we almost had it to ourselves!   Having visited many a Science Museum across the globe, this was hardly the place we expected to be so free of people (and which could have had something to do with how late in the day we visited I suppose!), but all in all this worked in our favour, as there were plenty of “scientists” on hand eager to demonstrate various experiments – such as creating speakers with household objects (and quite bizarrely, the human skull)! 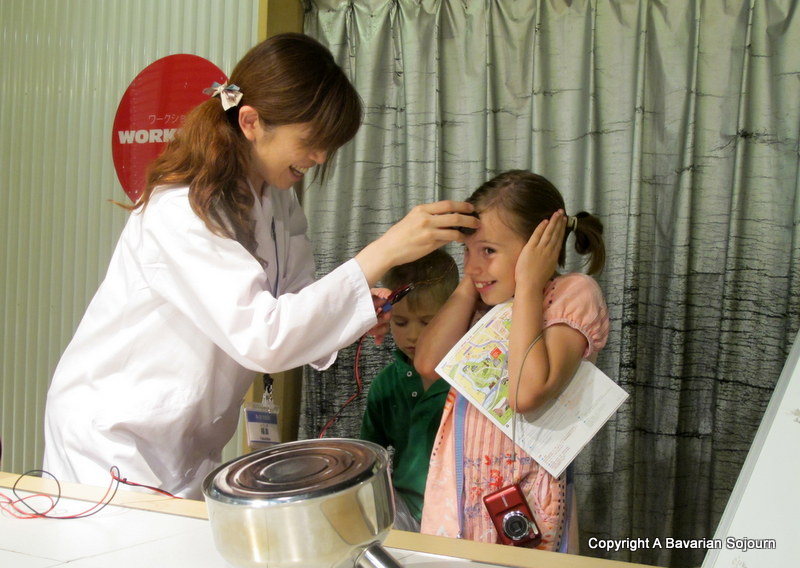 There is honestly nothing to dislike about this place, the only disappointing thing was that we only had two and a bit hours to play with due to a hectic schedule, when we definitely should have set aside the whole day.      We had to literally drag the Small Boy away from this beautiful lightening globe (what is the actual scientific term?) that he was so convinced had something to do with Star Wars, and the  Robot Section had us all darting off in different directions as we were so eager to meet them all before closing time! 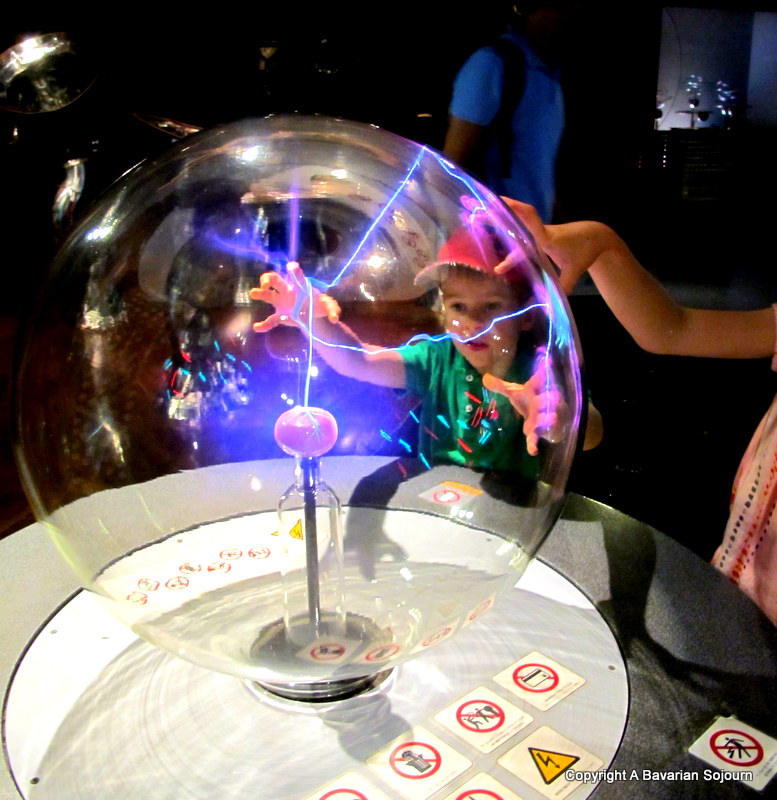 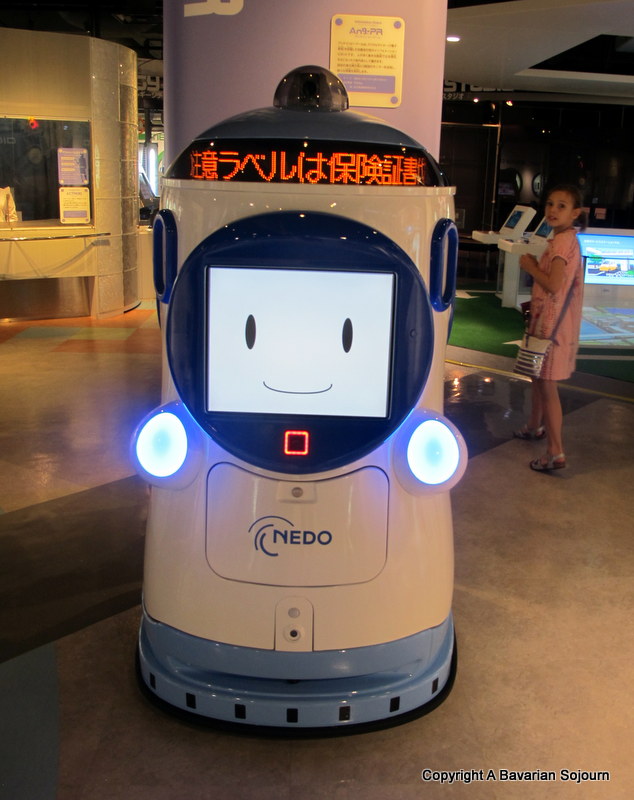 We loved the top floor the very best I think, with its incredible array of  stuff to explore.   From the “Jumping” exhibit that demonstrated how flexible the human body is, and captured every single move (and then played the results back to a huge round of applause) – to the Giant Mouse Trap display with the humongous metal ball bearings (that took a lot of strength from the larger members of our party to get around the lengthy track) that would later provide the basis of a discussion on Kinetic energy from their engineering background father. 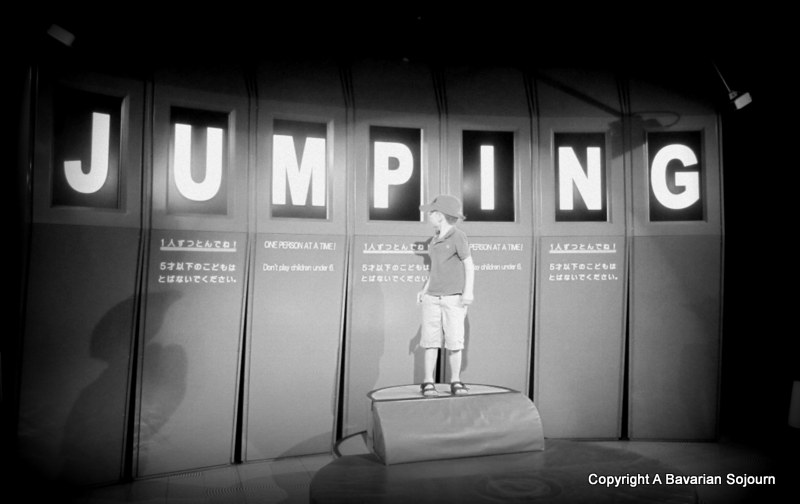 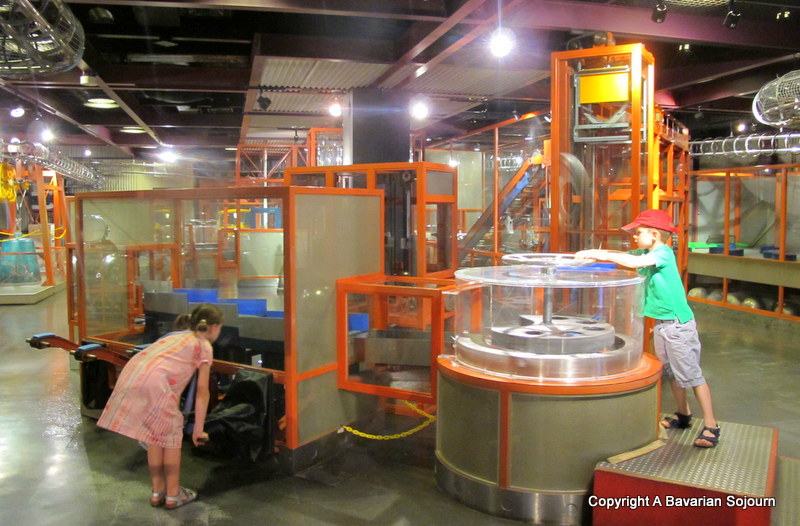 The Denki (electricity) Section is also worth a visit with plenty of hands on exhibits, and the fantastic personal bar code making machine in the Optics Section, where we spent a happy 15 minutes programming our details into a computer, then having them printed and read with the results displayed in fluorescent lasers in a darkened room.  And I know some of us would have liked to have spent several hours designing a new car in The World of Motors!

Don’t miss The Work Shop on the fifth floor either, full of hands on bubble wonders, air cannons, and vortexes a plenty to inspect (plus this section seemed to have a genuine real professor type busy with all sorts of scientific tinkerings in the background!).

And as if we needed confirmation that this place is one of the best Science Museum’s that we’ve yet to visit, for several days afterwards we were bombarded with all sorts of scientific questions from the children about what they had experienced there – which has to be a good sign right?   A fantastic place for enquiring minds young and old! 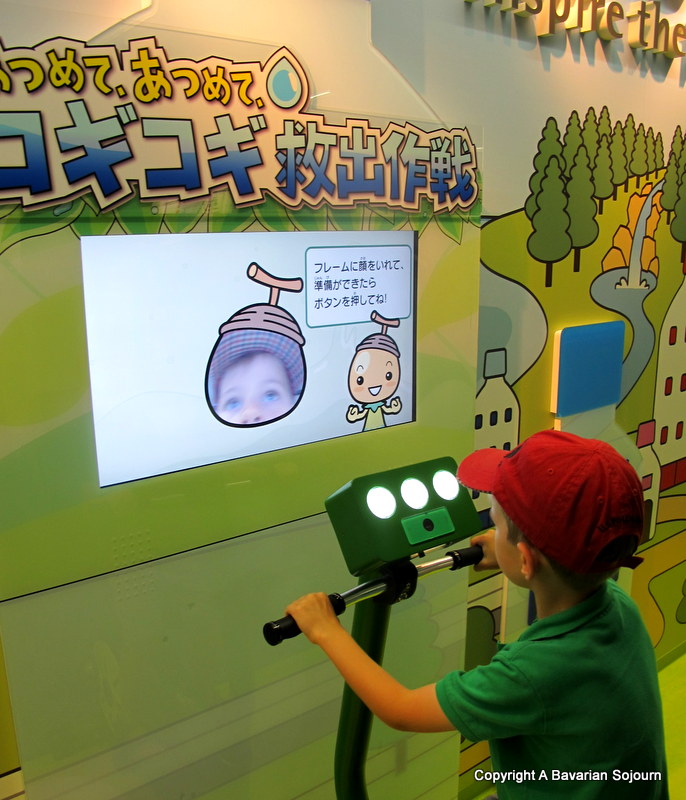 Here are a few more tips to help you plan your day: