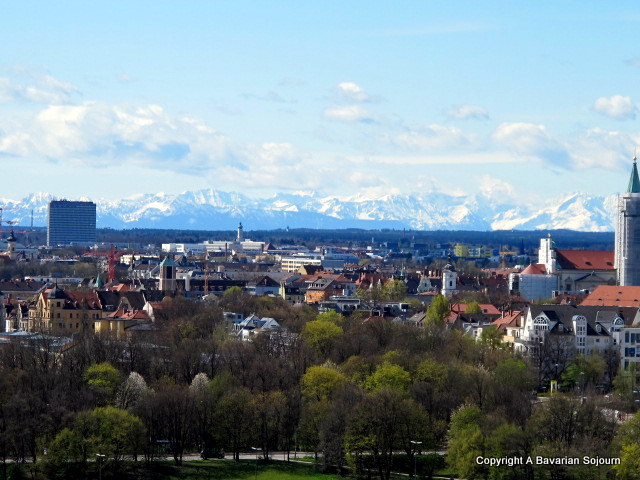 When you look at the cover of most Munich guide books, they show the city with the most beautiful mountain range as a backdrop.  Due to weather conditions, some visitors (including me at first) would be forgiven for thinking it was all a bit of artistic license on the editors part, and that the mountains are not actually there at all.     Well if you were in Munich today you would have seen them, as they put on an amazing show this morning (although my camera didn’t do it justice, I will give you that!).  This alone made me glad that I had turfed my lot out of bed to venture to Munich’s Frühlingsfest (or Spring Festival) at Theresienwiese, the grounds of the Oktoberfest.

Called Oktoberfest’s little sister by the locals, it is smaller and has a more intimate atmosphere.   And on the first Saturday of the Festival (this year it runs from the 20th April to 6 May), they have a big flea market with over 1000 stalls (no exaggeration here either). 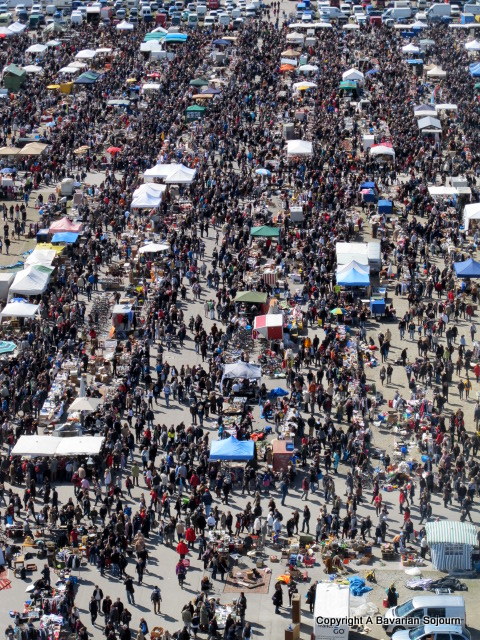 Readers of my old blog might remember my obsession with flea markets in foreign countries, so how could I resist one of this size?    Plenty of interesting things to be seen here as well –  including this little chap from home, fresh out of Marmalade sandwiches. 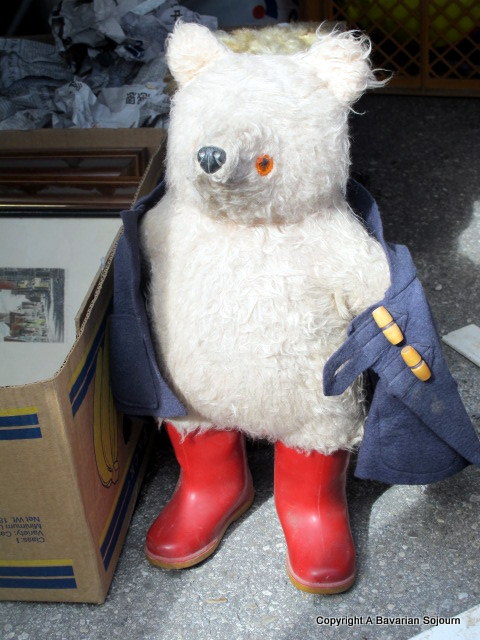 Next time I will be coming by myself first thing (it starts at 6am) and meeting everyone else later – husbands, children and flea markets do not a good combination make.    They were rewarded for their (quite frankly limited in my opinion) patience with a few turns on various rides, and a promise of a visit to a fest hall (where the beer’s kept) for the husband.   The big wheel was actually a good choice as the view of the grounds and the mountains in the background from the top were something special. 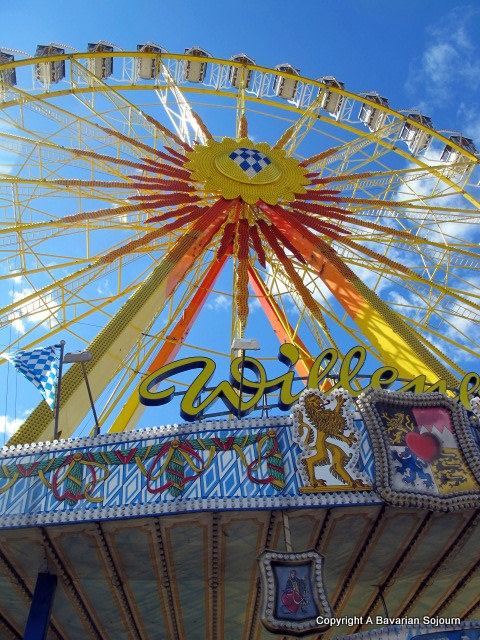 Having been to Oktoberfest, many moons ago, before we lived here, the husband said he thought(!) he remembered eating a really delicious fish in one of the beer tents, so this was our lunch decided upon.  I have to say I was quite dubious when it was plonked down in front of us, but don’t let looks deceive you, it was delicious and perfect beer food (along with a couple of pretzels).  Even the Small People enjoyed it when we managed to convince them to try it. 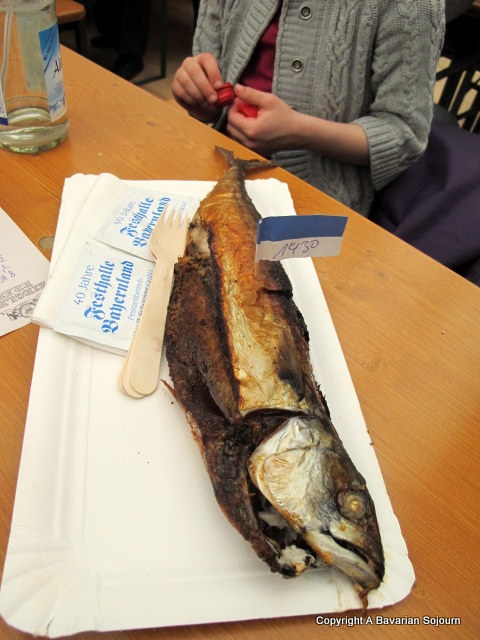 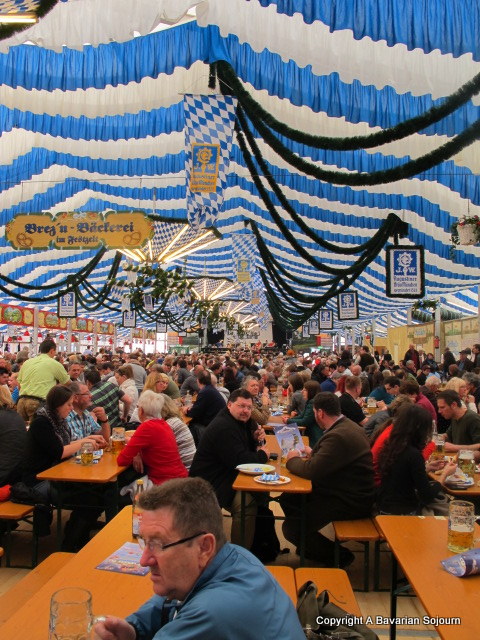 It was my first experience of one of one of Munich’s famous beer tents, and this was tiny in comparison to some Oktoberfest specimens apparently, but it was brilliant…  It soon became clear why they only provide litre glasses of beer –  to save the feet of the waiting staff, well a tiny bit anyway.  We only stayed long enough for lunch really, but I can imagine the atmosphere just gets better as the day progresses and the bands keep churning out the beer hall classics.

Then we had time for a couple more rides before the more serious crowds arrived, and we left them to it.     If you are in Munich over the next few days, make sure you pay it a visit, it’s a great day out…