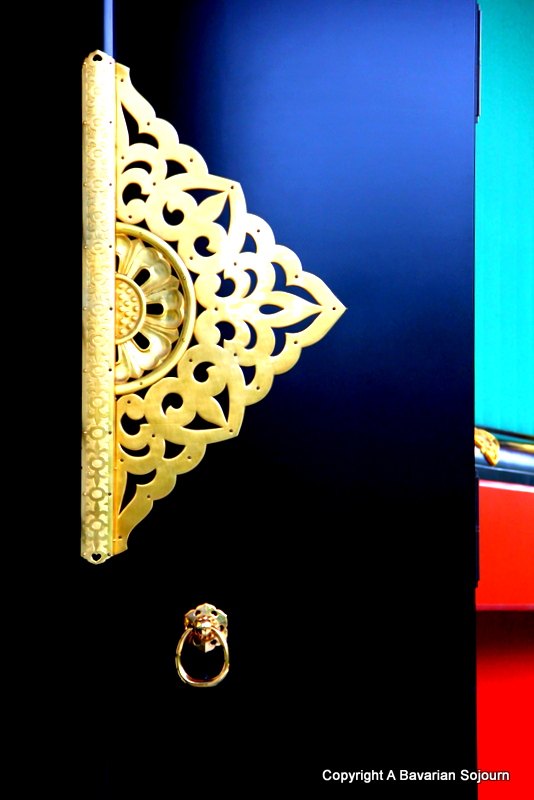 Tokyo Door, 2013
“Travel, like dreams, is a door that opens from the real world into a world that is yet to be discovered.”
Guy de Maupassant

So, that’s that then…  The last of the decorations have been packed away, the loyal and beautiful (it (almost) didn’t drop a single needle!) Christmas tree has been consigned to the patio to await its tree mulching fate (in the strange and balmy current temperatures we are experiencing in this part of the world, I like to imagine that if you squint ever so slightly, it looks like a palm tree!), and with the last of the guests having left yesterday morning (*sob*), the Yuletide season is well and truly over…

Not only that, but school re-started again this morning, so right now it’s all a little bit too quiet.  Actually, it’s positively deafening! So, whilst I get on with my hausfrau-erly catching up of boring old chores, what better way to keep my mind occupied, than to look forward to the year ahead and contemplate where in the world we might visit in 2014??

Last year we were exceptionally lucky to visit places on our doorstep (in the form of Austria, Italy and France to name but a few!), and also a selection of places a little further afield as well, including the US, Sarajevo, and Japan.       We already have a few little 2014 trips lined up, and some arrangements to finalise for our bigger trip later in the year (it seems that we are both struggling with a long-term addiction to South East Asia!), but in case I might inspire some of you with your 2014 travels, in the next few posts (amongst others!) I thought I might cover a few of the other places we visited last year, but that I was far too disorganised to write about at the time…

You might also notice a few extra food posts popping up over the year too!   I always try to theme any food posts around the last places we have visited.  Others are usually based on what I call “extreme Expat essentials” (such as the Mincemeat post recently) – basically foods that we Expats NEED from home occasionally, but usually have to learn how to recreate to sate any cravings…   Yes, it’s true.  I might not have picked up much in terms of language skills whilst being away from the UK, but my culinary skills have been given a much-needed kick in the backside.    Give me a pack of (smuggled in) English bacon and a sudden hankering for English Muffins to eat them with, or a hot summer’s day and a longing for Pimms, and I will now have a blinking good go at making those things I cannot find…  And that’s my explanation – in case you’re wondering why a few of this year’s food posts will include a few more recipes for basic things that some of you lucky lot take for granted – now you know!..

So, now I have finished updating you (aka. talking about myself!) tell me (she says as she sits down with a cup of tea in one hand, and one of the last slices of Christmas cake in the other), how about you?  How’s 2014 treating you so far, and where in the world will it take you??