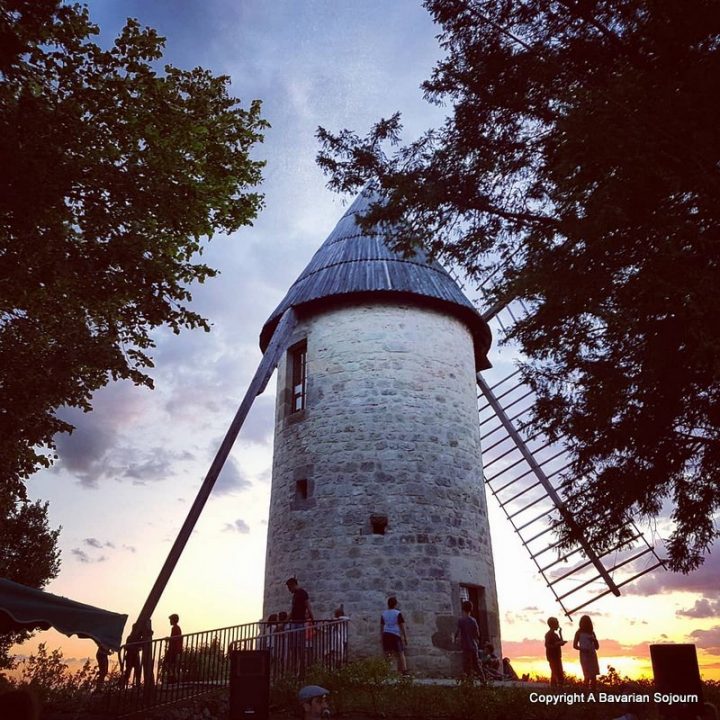 Apart from our Meeting Monkeys in Alsace and Colmar expedition a couple of years ago, France has been somewhat neglected by us of late.  Not intentionally, just one of those things…   From Munich, flights were extortionate to the part of France we needed to get to (I am not joking, we could have flown to the US for cheaper!), and since arriving back in the UK, we just haven’t gotten around to it. 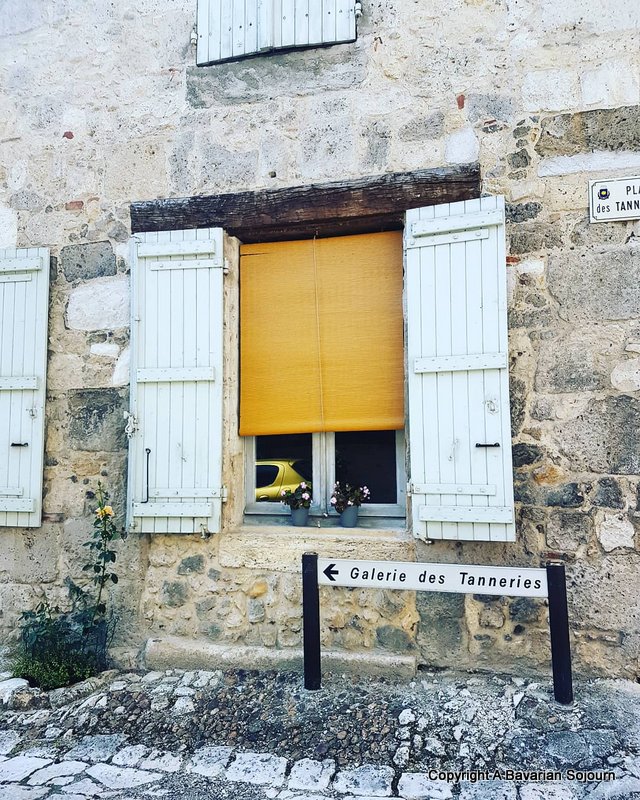 Thanks to the move, this was a rare summer with no travel booked (apart from our one night escape to Lainston House), so once we could see the light at the end of the boxes, we seized the opportunity to jump on a plane at a grey and drizzly Bristol (which might be my new favourite airport by the way – small, efficient, no queues, no stupid overcrowded monorail rubbish – yes Stansted I am looking at you!), and stepped off in a sunny Bergerac a little over an hour and 15 minutes later.  Bergerac Airport is also completely inoffensive for what is, in all honesty, a glorified shed with a couple of office fans on full tilt (the arrivals hall at least!)!  Give me small and personal airport any day of the week. 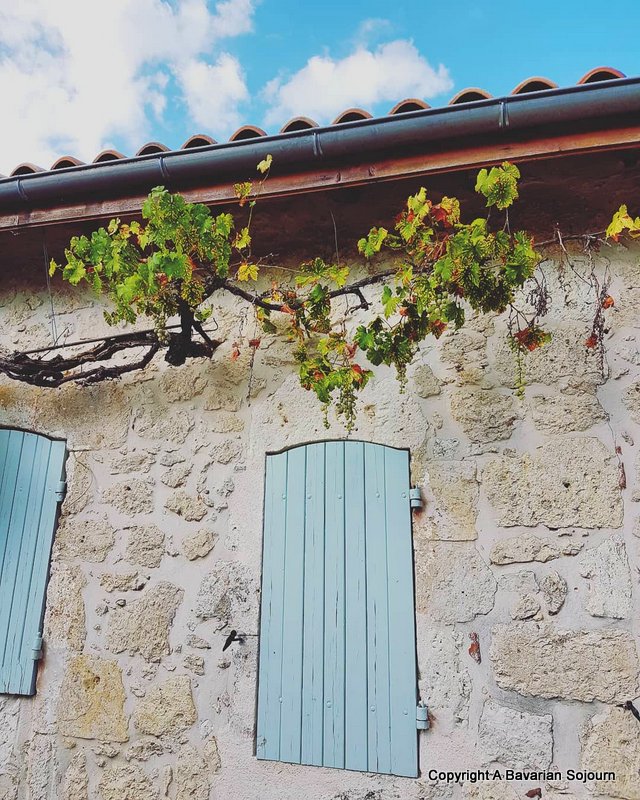 Airport critiquing done for the day, it wasn’t too long before we were in Lot et Garonne, home to my in-laws, plum orchards (this area is famous for its prunes!), frogs (the creatures – they have a huge pond and I have never seen so many in all my life!), and countless fields of just turned sunflowers (we literally missed them at their full beauty by about a week sadly!).    Thankfully though, we didn’t miss the beautiful warm weather, and after dumping the cases, it wasn’t long before everyone was in the pool.

This particular pool has helped plenty of children get over their fear of water (and in turn helped them learn to swim!).   Many hours have been spent sat at the edge trying to coax anxious small people in with the promise of not sinking.  My older two for example were two of those individuals that took coaxing, bribery, and plenty of pleading to get them into the water and actually enjoy it, and so I half expected the same reaction from the Toddler.  Fat chance.  He was so overly confident it was scary (especially when he decided to run towards a river later on in our stay as he fancied ” a swim”), so much so that I might be gluing arm bands to his person in the very near future… 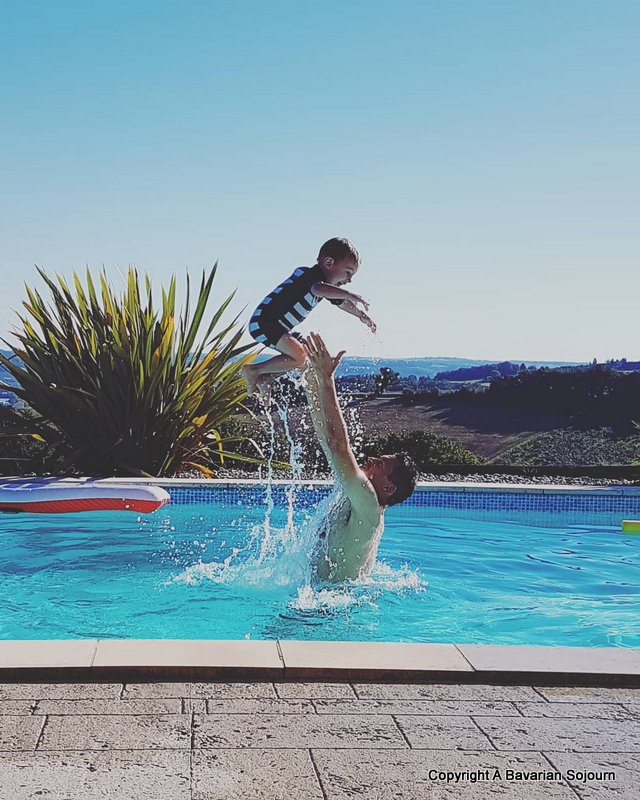 There’s something about having lived abroad yourself that makes you a bit more sensitive to the lives of others that do as well.  You don’t want your hosts to feel any pressure in having to take you to places that they have visited countless times before (we call it the Tivoli Effect in our house!), so we spent a good chunk of time just relaxing, eating terribly sinful French food, star-gazing (there is absolutely no light pollution where they are!), and sampling the local wine (well it would have been rude not to)! 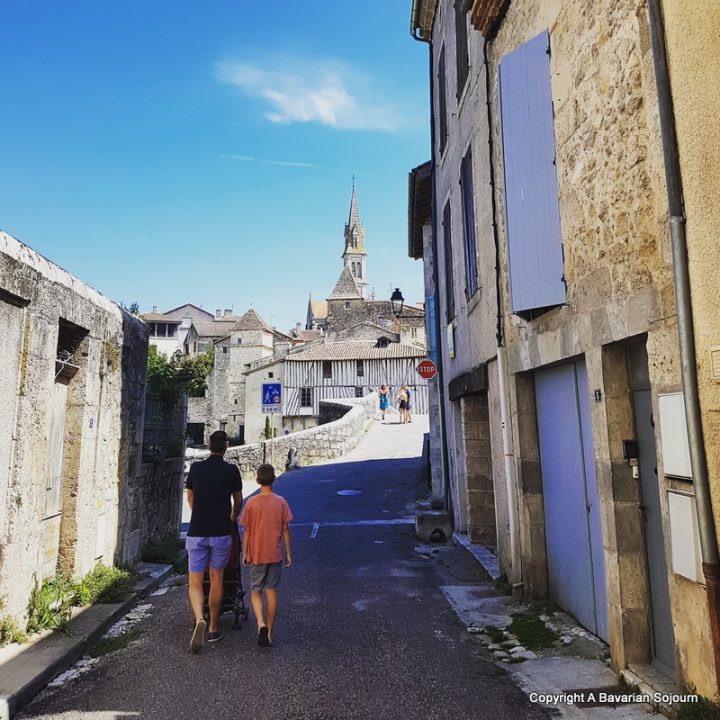 We did spend a lovely morning floating about on La Baïse (a 188 KM river in the Garonne), before exploring Nérac afterwards (post to follow).

We also made it to one of our favourite restaurants thanks to the Grandparents babysitting, and explored the Waterlily gardens that inspired Monet (again, a very picture heavy post to follow!).  We were also taken to one of my favourite things about France in general – a summer Night Market. 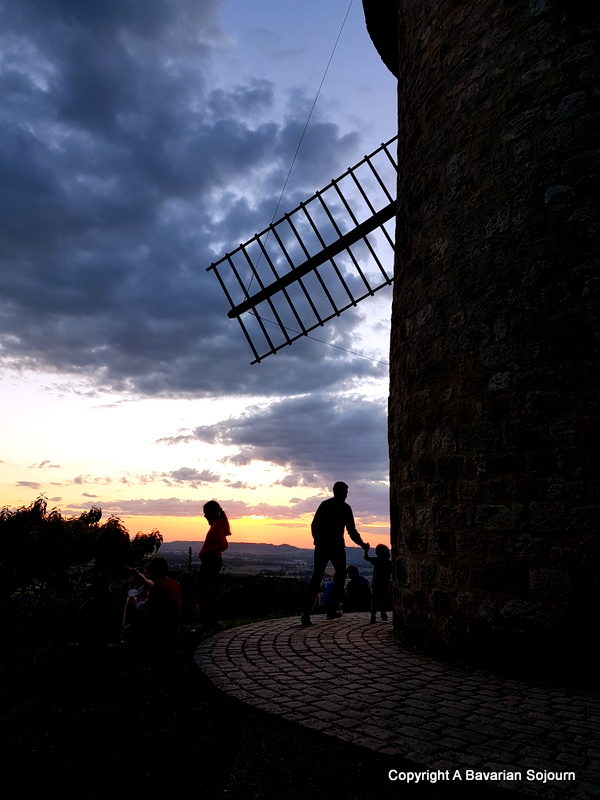 This is literally a mass of tables and chairs set up for the locals, a band chucked in to the mix typically, and a few good food and wine stalls to keep you going.   Add to that a stunning sunset, a windmill as a back drop and you have a pretty good evening right there (no snails this time though!).  I really really wish something like this would work in the UK, it’s a great way to catch up with friends and neighbours, and must be so good for the community in general.  Maybe one day… 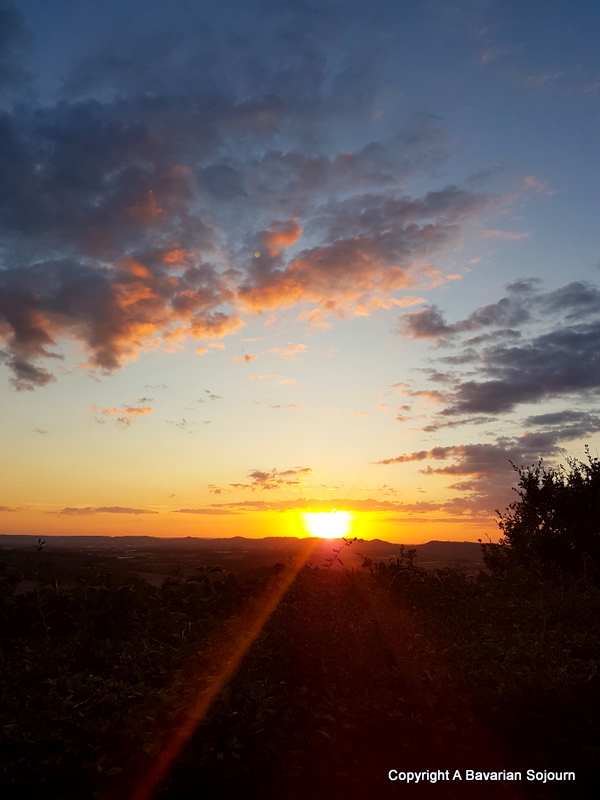 And that’s where I will leave you for now.   I am slowly slowly catching up with life generally after the move (and with writing, there’s half written posts scattered all over the house just waiting for the summer holidays to end, not that I really want them to!), but not before one more final Summer fling.   See you at the airport in the morning?