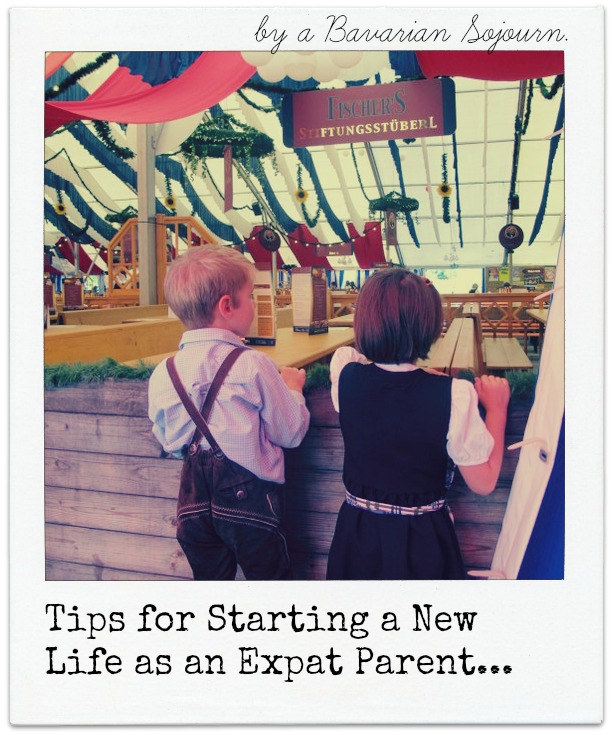 Thanks to the wonders of a certain social media site, I was reminded of an “event” on my timeline back in 2013 – a post on Expat Parenting I had written for the fantastic Lulatastic and the Hippyshake,  who was about to embark on Expat life for the very first time (do check out what they are up to now, to say I am jealous is an understatement!).   A list that I have re-jigged a bit, and that I think also deserves a home on my own site too, as it really is a massive part of our lives for obvious reasons…  I hope somebody somewhere finds it useful!

This is by no means an exhaustive list. You don’t have the time to read one, and I don’t think I could write one if I tried, for the truth is that I am still learning new things as an Expat parent, even after six years of this rootless life! This is a list however aimed at those who are either about to undertake their first move abroad, or who are seriously contemplating one.   If you are not doing either, but you are curious as to what it’s like, then it should give you some idea…

Patience – this is something you absolutely must have an as an Expat Parent.   You really will find yourself calling upon it almost every day!

Research – do this thoroughly – not only will it give you a good insight into a location, but it will help you settle somewhere faster as a family;

Time – take as much time as you need to make decisions about important things such as housing and schools.  Don’t be forced into something by pushy estate agents, relocation agents and the like.   If something doesn’t feel right, it usually isn’t;

Preparation – Help prepare your child for a new location with stories, films and books.   We love Miroslav Sasek’s “This Is” series (and I frequently buy them as gifts for other Third Culture Kids we know!).  And, whilst Chitty Chitty Bang Bang and the Sound of Music are obviously not realistic portrayals of Bavaria (and its surrounds) they gave our children some idea of what the countryside looked like at least beforehand!

Bureaucracy – Bear in mind that the first few weeks of your new life will most likely be swamped with hideously frustrating bureaucracy.   I promise you it will be a distant memory sooner than you think;

Schooling – if you are not on a work contract but in it for the long haul do look at local schools as an alternative to the International variety.   Your children will be not only be integrated into the community within weeks, they will also form important long-term friendships AND be fluent in the local lingo in a matter of months (in my experience it usually takes 3-6 months of immersion for a child to be pretty much fluent most annoyingly!) this will also help you no end!

An Open Mind – Keep an open mind with every situation.  Yes, you will experience cultural misunderstandings from time to time, but don’t assume that such situations are intentional (something I often have to remind myself of!);

Differences – Expect that things will be 100% different to what you are used to (especially at first), and you won’t go far wrong.   Things might make much more sense to you the way they are done at home, but you are not at home;

Expect the Unexpected – From bizarre and often unnecessary summons that arrive in the post for doctor’s appointments, traditional celebrations that you must attend (AND dress up for (see photo above!)!), to strange cultural playground rituals – it’s all part of the fun!

Competitive Parenting – Don’t imagine that you have left this at the school gates of your own country, Expat Parenting can be equally competitive, if not more so!  From how many languages your children can speak, to the contents of their lunch boxes – prepare to be amazed!;

Mixing with People – this is an opportunity to meet people from thousands of different cultures and backgrounds. Don’t just stick to Expat circles either – it can take a little more time to get to know the locals, but by attending local functions and events, you will manage it.   Get to know your neighbours too, even if you can only communicate via sign language at first (like me!)!;

Embrace the Differences – prepare children for how different even the most basic things can be.   Birthday parties for example, not every country celebrates with cake and party bags!  Likewise, if it’s your child’s birthday, don’t imagine anyone will know what on earth you are talking about when you suggest Pin the Tail on the Donkey, or Musical Statues!;

Celebrations – do try to experience as many of your host countries celebrations as possible – these are the things you will probably remember the most!  From the beautiful mid summer celebration of Sankt Hans when we lived in Denmark, to (and Bavaria really is the land of seasonal celebrations) the Christmas Markets, Bierfests, Bringing the Cows down from the Mountains for winter, and perhaps my favourite of the lot the Krampus Runs of Bavaria, I think we’ve been to most of them now!

Forget Most Health & Safety – You are likely to experience eye-opening situations that could possibly make tabloid headlines at home – candles on school desks (Denmark is addicted!), School trips in -20 conditions, and forest schools in the snow for almost 3 months.   It won’t take you long to appreciate how liberating it can be to live without the “you can’t do that becauses” we are used to at home!  I am holding out hope that one day my children will thank me for their more free range childhoods!

Learn the language Together.  Go for lessons, use apps and language sites, and as much as I don’t usually advocate watching television it helps more than you think it ever could (especially with subtitles).  Speaking the language will help you feel like less of an outsider.

Join Online Groups for your Area – this is always helpful when looking for recommendations for doctors, dentists, and the like.  Beware the negative “long-termers” though, you will always come across a few of those;

Install Skype, What’s App, Facetime – and anything else that helps you keep in touch with home.  And get the guest room ready quickly, you will be using it a lot.

Say Yes – I have said this before in my other Moving Abroad for the First Time post – but say yes to as much as you can – invites for coffee, lunch, play dates for the kids and other social gatherings.   Granted some things might not be your “cup of tea” but you never know who will meet at such things, Expat friendships are quick to cement, and if nothing else you might come away with a good story to tell!

Local Attractions – check out yearly passes for attractions you will be visiting a lot.    We visited Tivoli at least 30 times with guests during our two years in Copenhagen.  Having a pass saved us a LOT of money!;

Enjoy yourselves – perhaps the most important tip of all!  Start a blog, take thousands of pictures, and experience absolutely everything you possibly can – who knows how long such experiences/contracts last these days!

And on the days that you find things tough, remember that it’s more likely than not that one day you will look back on it all, and laugh…  I absolutely promise!