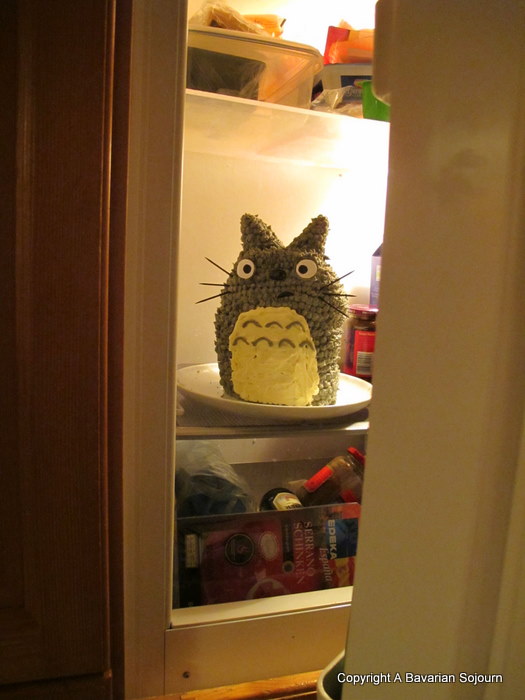 I have a neighbour, his name might be Totoro… he lives in the fridge!

Yesterday was The Four Year Old’s Fifth birthday!   Not to be outdone at his sister’s recent Catbus cake request (and throwing caution to the wind at his mother’s cake making skills),  the (now) Five Year old requested Totoro himself in birthday cake form…!    After much swearing from me, and with a kitchen left covered in black food colouring and empty icing sugar boxes, this creature eventually came to fruition.    I think the poor thing looked more like an elderly relation of Totoro’s however, his Grandfather perhaps?    Luckily when the (newly) Five Year Old saw him, he was blind to the hunched back and slightly misshapen body of his anime idol, and I had to spend quite a long time convincing him that he couldn’t keep Totoro (‘s Grandad) in his bedroom, and it was actually going to be eaten!     He relented eventually and decided that the ears were as good a place as any to start!…  Totoro got his own back by glaring at me each time I opened the fridge, making me jump on more than one occasion! 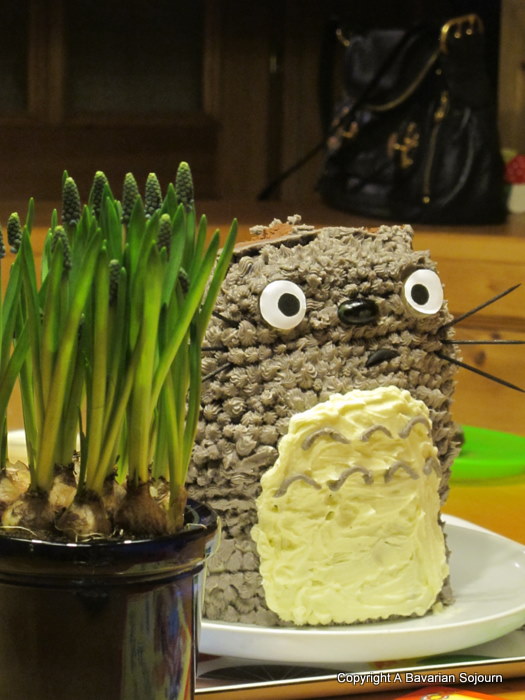 The Five Year old (gosh that sounds strange) was only two and a half when we left the UK.  Since that time he managed to pack quite a lot in.  He has lived in two countries (other than his own), been to 3 international schools, and has made friends from all over the world.   He is growing up to be a kind, gentle and extremely funny boy.   I love his devotion to his friends and family, his protectiveness over his sister, and the ease with which he accepts new surroundings.   His attitude to life is infectious, and his current enthusiasm for school is something I am sure I will lament one day (even if in his words he doesn’t “see the point of the work” part!), and he never ever fails to make us laugh!   We adore him and none of us can actually believe he’s Five!    Happy Birthday sweetheart.  x